Community Discussion: Is California doing enough to save water?

As the drought drags on and on, what should we do? 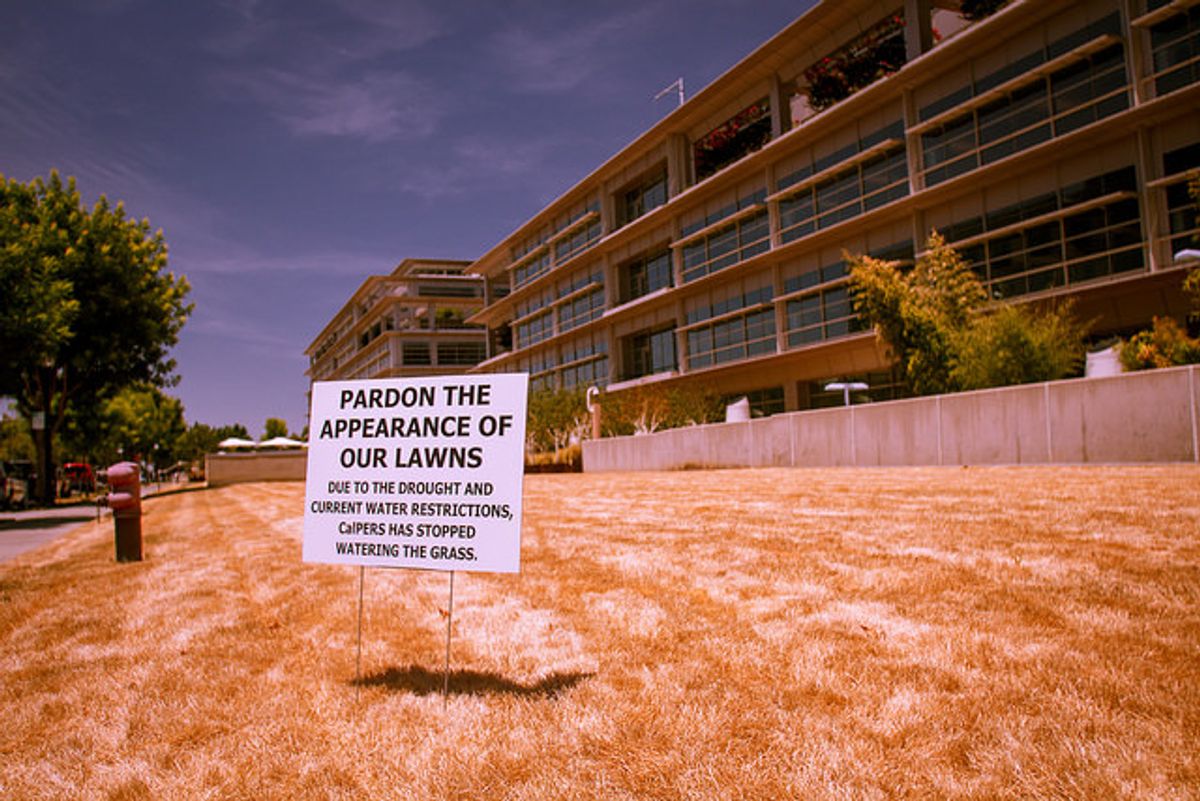 California's crippling four year drought will soon be relieved by snow shipped from Boston. This was the news on April 1st and it was a joke, but it turns out that some people have considered what it would take. If that won't work, how about a water pipelines from Alaska? Or what about towing down some icebergs?

The April 1st Executive Order from Governor Jerry Brown, on the other hand, was no joke. It contained new and mandatory regulations and restrictions on water use in the hopes of achieving a 25% reduction in the use of potable water by 2016. The "mandatory" part is important, as it follows a similar Executive Order from January 2014 that called for voluntary reductions and which achieved very little. With only one year of stored water remaining and with only about 6% of the usual snowpack available to replenish it, the time seems right for stronger action.

But many are already questioning if the new regulations are going to be enough. Agriculture, which consumes about 80% of the state's water, remains largely untouched. Much water is spent on speciality crops mostly intended for export. Eighty-four percent of the world's almonds are grown in California, for example, and it might take as much as 1.1 gallons of water to produce a single almond. Ten percent of all water in California may be consumed solely by almonds. And what about California's five millions cows? It takes 2500 gallons of water to produce a single pound of beef. Water intensive producers are raking in profits even as they pump more and more water out of ancient aquifers. At a conference in March, pistachio growers celebrated a record year by playing "Show me the money!" clips from Jerry McGuire. While some are enriched, agriculture only contributes about 2% to California's economy.

And while lawns and golf courses will now be well regulated by the state, much remains in the hands of local authorities and water boards, some of whom have a patchy record of enforcement. The confusion is evident in the city of Dublin, which has broken ground on a large new water park. It is currently illegal in Dublin to fill empty swimming pools. "When we finish the project and it’s still in a drought and we can’t fill the pools, we’ll address it at that point in time" said the city's parks director.

California's new regulations are certainly an important step, especially since the water crisis is not restricted to the state's borders. The entire American west is drying up, and with no end to the drought in sight California may be soon set the example for everyone else.

But do you think these new regulations do enough? What should be the priorities for water conservation? Who should be in charge of writing and enforcing regulations? What compromises are you willing to make to save water?