"Remember: When you want science mixed with geology, the answer is 'scientology'" 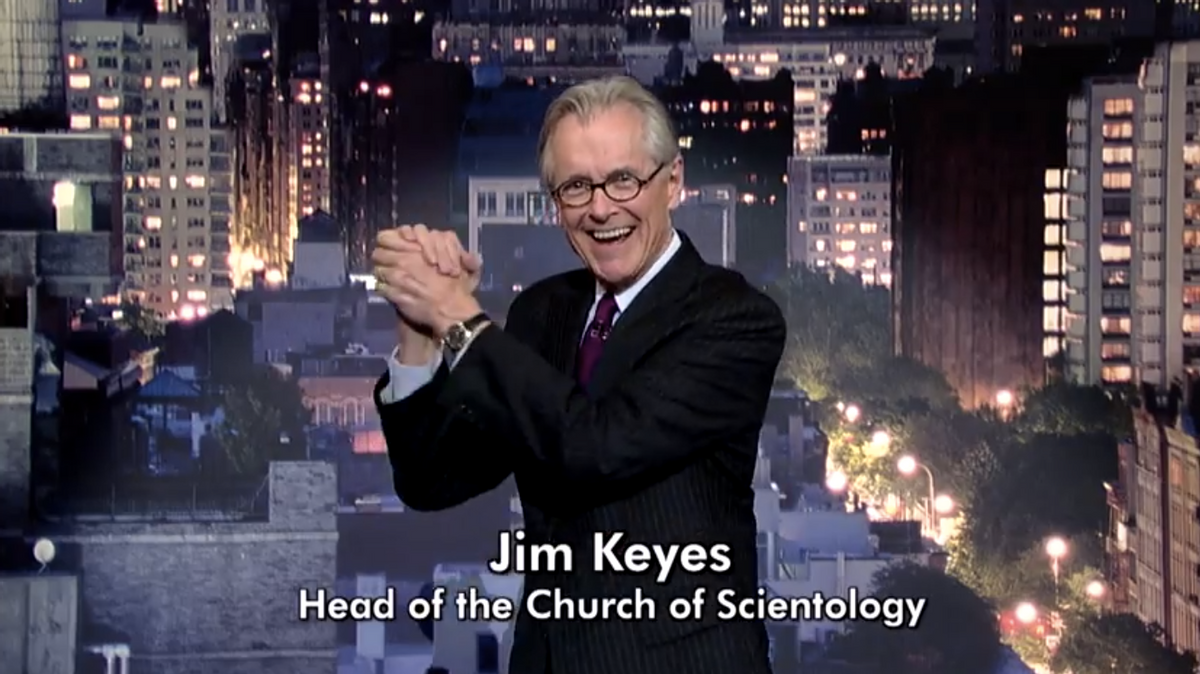 David Letterman hasn't watched the scientology doc "Going Clear" yet but that's not stopping him from weighing in on the national conversation around the religious movement.

On Thursday night's "Late Show," Letterman brought in Jim Keyes  -- no, not David Miscavige -- to offer his perspective as head of the Church of the Scientology and attempt to put out any fires from the debut of the documentary on HBO.

"Your pals at Scientology want to turn the page and get back to doing what we do best: having fun," Keyes says of the documentary, just before "outting" Letterman as a Scientologist.