Genius, pioneer, style icon: "Mad Men" would be lost without her 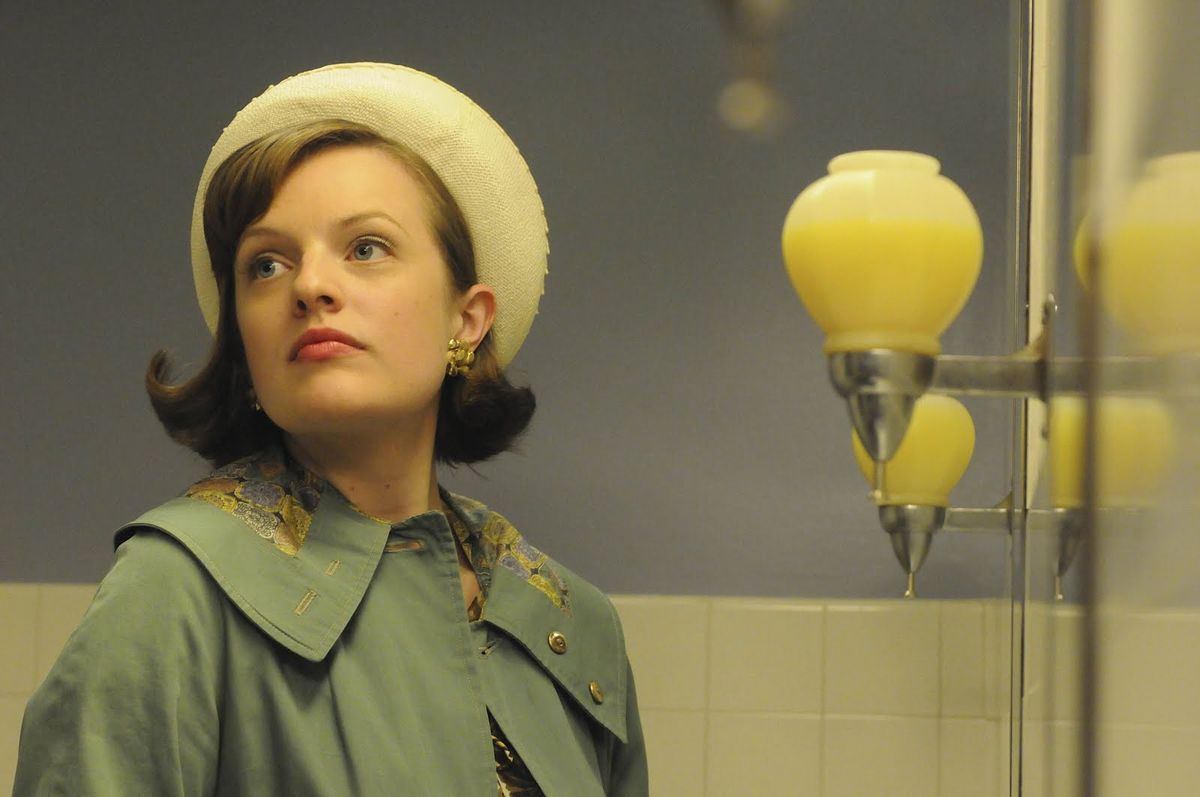 I once had to hide this girl in my Facebook feed because she wrote the most asinine status update I’ve ever seen. Her status was: “I wish I lived in 1950s when things were much simpler. What I wouldn’t give to just be a housewife.” And the writer of this status is someone much younger than me. I wanted to write, “GIRL! How dare you disrespect our sisters for what they did for us. All the rights we have had to fight tooth and nail for – and we are far from done!! You really want to go back to the 50s? And be treated like Peggy Olson, or worse, on her first day of work? And not be taken seriously for your ideas? Sexual harassment galore? What is wrong with you??” But I just hid her from my feed and put her in Facebook jail.

Peggy. Peggy Olson. Next to Don, Peggy is the most important character on the show. Because the show is about the evolution of Peggy, as well as Don. Maybe even more so than Don. She started out at Sterling Cooper with a pony tail and big poofy skirt, and look at her now.

She’s our hero. For women. And let’s face it – isn’t the show, at least on some level, really about how shitty the men are and how the women have had to fight to get to the grand place where we are now? At least in the first few seasons this seemed to be the underlying theme. But just like in the real Virginia Slims ads: We’ve come a long way, baby. Not all the way, but a long way. And Mad Men clearly has a message: women have it harder and that’s right – the woman is smarter – that’s right the woman is smarter (thank you, Harry Belafonte). It’s Peggy who is our pioneer here; she’s our path-of-equality paver. She gets her ideas taken seriously. Not her boobs or her ass or for ability to serve, morph, look pretty, be quiet and be grateful. Even Joan becomes partner only by doing horrible sex barter with the Jaguar guy. But not Peggy! Yay, Peggy!

She needed Don’s help in order for this happen. And I don’t mean that he did it for her; but he opened the door for her by keeping a boundary for once in his life with a willing woman. Did he have a sense about Peggy? Could he foresee that she was special – that she was going to have amazing instincts for advertising? Let’s not forget the pilot which is Peggy’s first day on the job as Don’s secretary. Throughout the episode and the day we see men in the office in various arrays of being charming at best – but never letting us forget that they can also be disgusting pigs. The one who is not a pig – well, at least not with Peggy – is Don. Remember the awkward moment when she puts her hand on top of his? He didn’t take the bait. Peggy thought she had to “put out” to keep her job. He didn’t let her. Which plants the seed for Don’s character to eventually and hopefully become evolved – whole, saved. And through Don and Peggy’s relationship throughout the entire span of the show, like two pieces of coal rubbing together to eventually become a diamond, we see all of the facets that save them each – making them almost gems. Real. Maybe even sparkly. I can’t talk about Peggy without talking about Don because of their symbiosis. Peggy helps Don evolve into a person, and Don helps form a protective circle around Peggy. Just enough protection that she doesn’t have to become a sexual object to keep her job. She’s encouraged for her ideas, the ideas that came from her. See what even the smallest circle of protection can foster?

Not everyone treated her that way. Take Pete Campbell. They had a baby, for God’s sake. They had their crazy affair where he pulled her ponytail, which still creeps me out, and the poor dear gets pregnant just as she’s promoted. She gets morning sickness the first day in her new office as Junior Copywriter. The only one who knows about the pregnancy and the baby, which she keeps and leaves to be raised with her family, is Don. I thought the show was a goner because they put her in that fake fat suit so that she’d look pregnant, with the odd puffy face. (Dear Mad Men, Women can be pregnant and not have it show in their face. While you are a tremendous show, you are not very good at making fake fat on the show. I’m referring also to Betsy’s one fat season. I’m very glad that you put a stop to that nonsense.) Anyway. The baby eventually gets swept under the carpet as the show carries on. But Peggy perseveres. She gets stronger and puts up with all sorts of nonsense, but eventually her ideas are so good she’s promoted to senior copywriter. She eventually quits in a very in-your-face-Don Draper way, works for SCDP’s rivals CGC, then following a merger between SCDP and CGC, Peggy finds herself working again with Don. And they become equals of sorts as of now. Coal rubbing into diamond.

Peggy has yet to be in any sort of romantic relationship without either major disappointment or heartache. She and her bohemian boyfriend Abe buy that apartment on the Upper West Side (before the Upper West Side was the Upper West Side) but it gets increasingly dangerous. He won’t move because of his idealism, so she stays at the window at night with a knife on a broom stick which ends up stabbing him and then he breaks up with her in the ambulance on the way to the hospital. Eh, it’s for the best. She and Ted have that awful affair where he declares that he’s going to leave his wife, so she finally gives in to sleeping with him– only for him to completely bail on the entire idea. And she says the beautiful line, “Well, aren’t you lucky, to have decisions?” And then he moves to California with his family where he mopes like a heartbroken teen the entire time. She’s been lied to and disappointed repeatedly by these men. What she needs is a Glen. We all need a Glen. Because Glen is the only evolved male character on the show.

But Peggy is a genius at her work. She uses her life disappointments to fuel her ideas for how to sell products. She is able to tap into the deepest desires of what women want, then what men want, and finally what people want. In the same way that Don does. And now we see that she’s taking it one step further than Don. Maybe this could be a world for everyone; not just a man’s or a woman’s. We see Don having to fight as Peggy does; he must climb back up from rock bottom after losing almost everything. And Peggy helps him. And they come together through her Burger Chef idea. “What if there were a place where there was no TV, and you could break bread, and whoever you were sitting with was family.” Coming together. As people. The mom too. She’s not cooking all day. She’s working, like the father. That’s right – the woman is smarter. I don’t think the show will end with Peggy and Don holding hands and riding off into the sunset together, though I think that their relationship might be the closest thing to real love that there is on the show. Just two people slogging through the muck, bringing out the best in each other.