"Religion and science intertwined, aliens live inside of our minds" 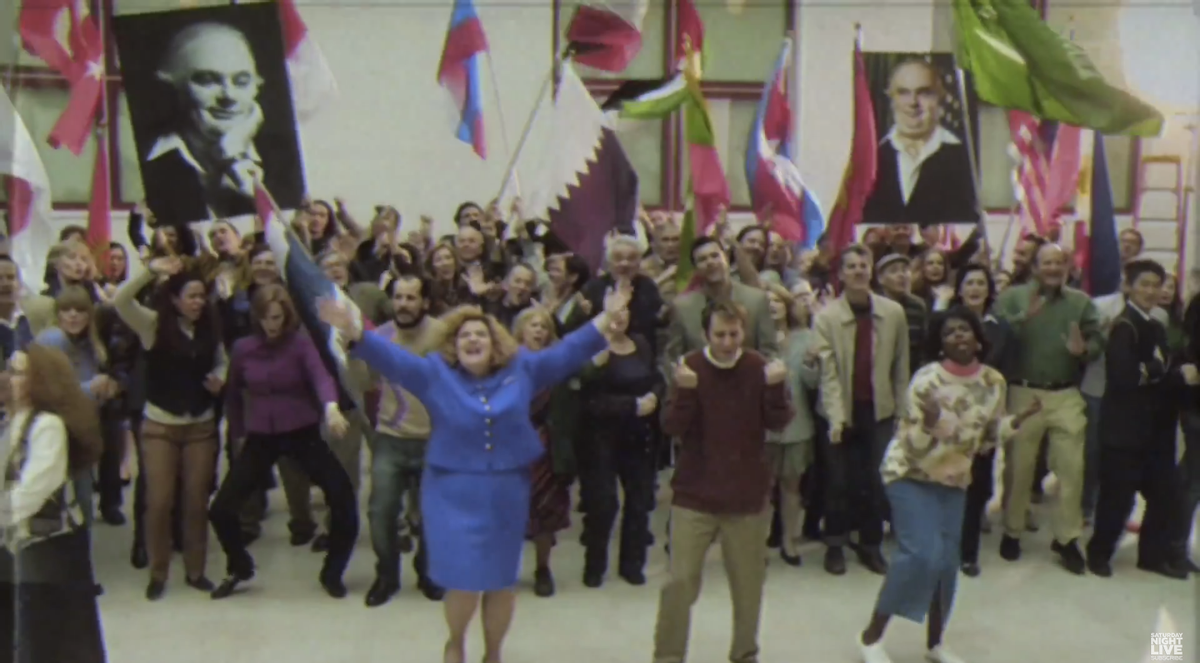 This week's "Saturday Night Live" managed to mock Scientology, the religion/cult/billion-dollar business recently humiliated by the documentary "Going Clear," without actually making very much up.

In a video about "Neurotology," a religion that is virtually indistinguishable from Scientology, the cast sings a horrible, amazing, drippingly '80s song about the benefits of Neurotology, complete with references to Dianetics and the flawless performance of Bobby Moynihan as an L. Ron Hubbard equivalent.

Watch the sketch below: