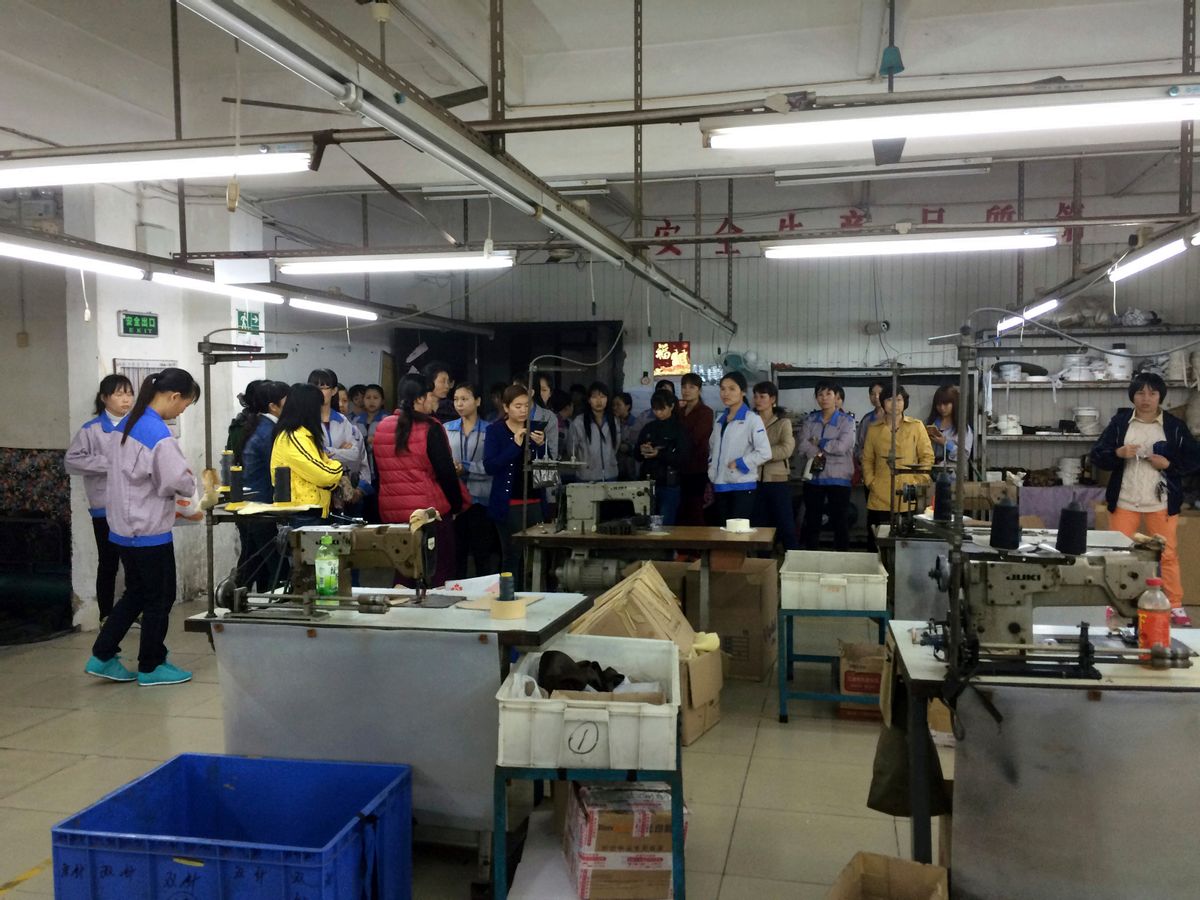 HOLD FOR STORY CHINA LABOR MOVEMENT In this March 26, 2015 photo, workers gather at one end of the factory floor as they strike at the Cuiheng Handbag Factory in Nanlang township in Zhongshan city in southern China's Guangdong Province. More than three decades after Beijing began economic reforms that let a market economy take root, the 168 million-strong force of Chinaâs migrant workers _ who have left rice paddies and cornfields behind for factory and service jobs in bustling industrial cities _ are increasingly demanding their rights and a fair share of proceeds from the countryâs now-slowing economic boom. (AP Photo/Didi Tang) (Didi Tang)
--

The air strikes against Islamic militants in Somalia follow last week's extremist attack on a Kenyan college that killed 148 people.

But the magazine won't fire anyone after a leading journalism school lambasted how it reported a discredited article about an alleged gang rape at the University of Virginia.

AP's Didi Tang finds that millions of migrant workers in China are discovering their labor rights through social media, leading to mobilizations that challenge Beijing.

Despite reassurances from NATO that they're safe from Russian aggression, everyday Europeans are eager to receive military training.

Disasters, the disappearance of a Malaysian jetliner and financial turbulence highlight the challenges confronting the world's biggest air travel market.

6. HOW A SENATOR PLANS TO CHANGE GOP POLITICS

Rand Paul has designs on changing how the party goes about getting elected to the White House and how they govern once they get there.

The president portrays American power as a safeguard that gives him the ability to take calculated risks like the nuclear deal with Tehran.

8. WHY THAT DEAL FOR A NEW BEEMER ISN'T SO HOT

Britain's Prince Harry jokes and chats with an enthusiastic crowd before a monthlong embedment with Australia's army.

10. NCAA TITLE UP FOR GRABS