I was a Republican pothead: What I learned about drug-war hypocrisy from my brush with disaster 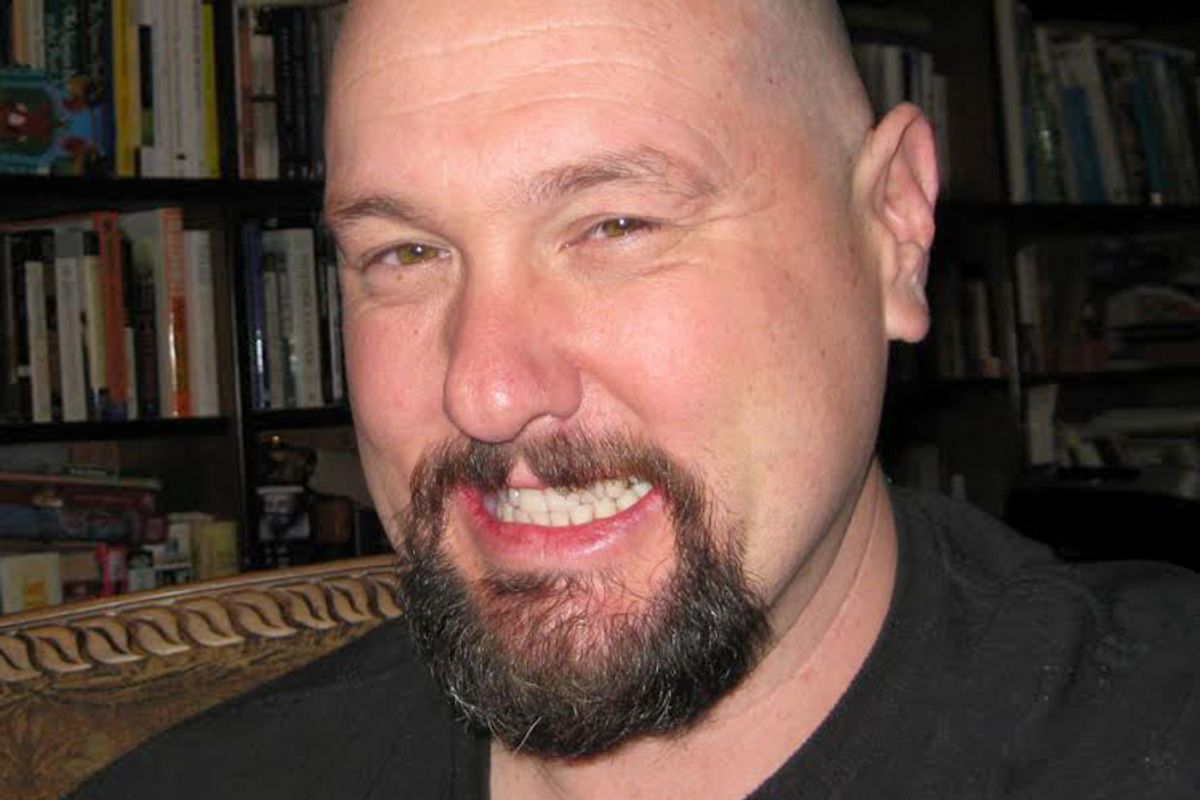 Jeb Bush, presumed Republican presidential candidate, was an enthusiastic pothead for much of his youth. This is not criticism, because many of my good friends are current or former potheads, as is a certain current president I admire.  As a younger fellow, I’ve enjoyed a blunt or three, any one of which could’ve had serious repercussions on my future (more on that shortly).  Athletes, religious leaders, right-wingers and lefties, the cool and nerdy alike have gotten high, even as marijuana remains an illegal drug with serious penalties in many jurisdictions.  We treat this societal duplicity with a wink, chuckle, an inside joke or a bag of Cheetos, at the same time as people are being shot dead in the street and lives are irreparably ruined.  If we lived in a just society (we do not), any politician or public figure who has ever put chronic to lips needs to either back complete marijuana legalization or present him or herself to the authorities for public punishment.  I think we should bring back stocks and public flogging.

Like so many tokers, I have my own story of a close call with weed.  In 1994, I was a 21-year-old Coast Guard enlisted man, stationed in North Carolina as a rescue boat crewman.  I hadn’t touched the stuff in over a year, because the Coast Guard had a “zero-tolerance” policy.  But my wife and three-week-old son were away visiting our family back home in Nevada, and the opportunity came up.  I was off duty and smoked half a bowl, and then I went home and fell asleep.  Sinister, I know.

The next morning, I pulled into the parking lot of Coast Guard Station Cape Hatteras, and there was a tan van with government plates in the guest parking spot.  It was the medical van from the base up the beach, which meant a drug test.  It was one of the worst moments of my life.  I had visions of being kicked out of the Coast Guard, perhaps a dishonorable discharge, which would be treated very similarly to a felony in many states.  My life would be forever marred by a few hits of weed, and I brought it all on myself.  I ran to the bathroom and drank glass after glass of water, trying to cleanse my system.  Yet the panic was all for nothing.  After a half hour, my boss, a crusty old chief boatswain’s mate and one of the biggest assholes I’ve met in my adult life, canceled the test on a whim.

“We got too much to do for a piss test today,” he told the medics, and sent us all back to work.  It sounds contrived, but it’s not.  It was the only time I’d ever seen one of those tests canceled in my seven year Coast Guard career and constitutes the closest thing to a miracle I’ve ever witnessed.  By blind, stupid luck, I was spared.  I was never tempted to smoke again for the duration of my enlistment.  Unlike Jeb, his brother George W., or any of the other untouchable wealthy, I had no family money or connections that would have saved me.  It was one of the moments that pushed me further from the moralizing right wing and into a ten year flirtation with libertarianism.

Marijuana legalization is an issue that has stayed with me through my political evolution from conservative to liberal.  Even as a conservative, I could never understand the politics of pot.  In high school, a few buddies smoked, just as did I on very rare occasions, but I never gave much thought to the social and legal repercussions until it almost cost me my military career.  Like any and all war, the drug war features a parade of victims, unintended consequences and senseless tragedy.

Even though the end of the drug war is in sight, we will see many more victims before it’s over.  At end of every war there’s always a last casualty. One guy or gal, a private or sergeant, who gets killed in a helicopter or shot by a clueless former enemy.  It’s the worst type of senseless death—the killing of misunderstanding.  That’s the moment we face at the end of this monumentally stupid, hypocritical and racist drug war.  It’s all over but the crying.  It might take ten more years to get this all sorted out or even another twenty, God forbid, but every incarceration, lost job or even minor inconvenience, just adds to the toll of our historic national dysfunction.

One needless marijuana murder haunts me and is a sad example of the price we’ve paid as a nation.  A young college student named Trevon Cole was shot to death by an incompetent Las Vegas cop in 2010.  Cole sold a dime bag to an undercover cop, who then got a warrant to bust down Cole’s door with a SWAT team in the middle of the night.  The operation went wrong and that same officer shot Cole in the head after the cop’s “tactical” flashlight failed.  The follow up investigation found that the officer confused Cole with some “big-time” drug dealer with a similar name.  Cole was 21 with a wife who was nine months pregnant, and he’d never been arrested or in any trouble before.  We tend to chalk up these tragedies as the cost of “doing business” in America, but we shouldn’t.  Trevon Cole was a human being, an expectant father. And his life was stolen.

As an accident of birth, I was born white, an important difference between Cole and me. I have not mentioned his race up to now, but you knew he was black, didn’t you?  Because that’s the familiar refrain in these instances.  If white kids were gunned down in the same rates as black kids, the war on drugs would already be over.  If Jeb Bush had to pay for his crimes in the same way that Cole did, the drug war would not have made it past the ‘70s.

People who look like Jeb and me are not murdered or sent to jail for a bit of weed.  Black people smoke pot at roughly the same percentages as white people do, but African Americans are arrested and imprisoned at twice the rate of white guys.  I’m now much older, balding, and (still) white.  I could probably snort a line of cocaine off the hood of a cop car and not get arrested. Michelle Alexander’s "The New Jim Crow" makes a strong and infuriating case that mass incarceration has supplanted the racist injustice of Jim Crow of the south with a very similar system of mass incarceration, for which marijuana prohibition plays an outsized role.  It is one more compelling, if not the most important reason, to end this national disgrace.

Aside from the obvious racial component, the war on drugs is a war on poor people.  The latest example of targeting the poor is the idea of drug testing food stamp recipients.  There is nothing more disgusting than targeting people who have no power and cannot fight back.  No one is proposing targeting people like Jeb Bush, because he has access to every benefit and break the planet has to offer.  If I were made president tomorrow, I’d immediately release from prison any person convicted of a nonviolent drug crime, even dealers. The prosecution of these people has nothing to do with crime and everything to do with the class from where they originate.

Barack Obama, whom I like in general, has been terrible on this score.  He commutes and pardons less than any other president.  Yet, as a kid, Obama smoked weed with Bob Marley-esque enthusiasm, all admitted to in his memoir, Dreams From My Father.  Anyone who has ever smoked but still insists on “punishing” people for the same thing has surrendered any semblance of moral credibility.  Obama also has a very bad habit of joking about it or moralizing.  After his own youthful enthusiasm for weed, he’s lost his right to make jokes while people are killed or sent to jail. Obama only redeems himself a little bit for letting marijuana legalization move ahead in some states.

Progressives, libertarians and even some conservatives support the end of the drug war, but it is happening too slowly.  People are suffering and dying, and the political class has the unmitigated gall to joke about it while fighting the inevitable.  Piecing together the reports about Jeb Bush, it’s clear that I’ve never smoked as much weed as he has.  I never even smoked enough to qualify as a true “weekend warrior.”  Meanwhile the whole of Washington D.C. is awash in recovering pot heads and coke fiends.  On top of it all, these reprobates have blocked community efforts in D.C. to enact drug reform locally.  This seems to indicate that the single most important qualification for congress is to lack the fundamental humanity to do the right thing.

In a recent Vice interview, Obama asked, almost rhetorically, if we should stop at marijuana legalization.  He cited the serious dangers of meth, cocaine and “hard” drugs.  After legalizing weed, my answer to this is absolutely decriminalize all other drugs and move them into the realm of public health, where they have always belonged.  American needs far fewer prisons, and it’s tragic that the only things we manufacture anymore in American are criminals and hypocritical politicians.