He claims he got into med school by lying about his race -- so why is he now cashing in on his sister? 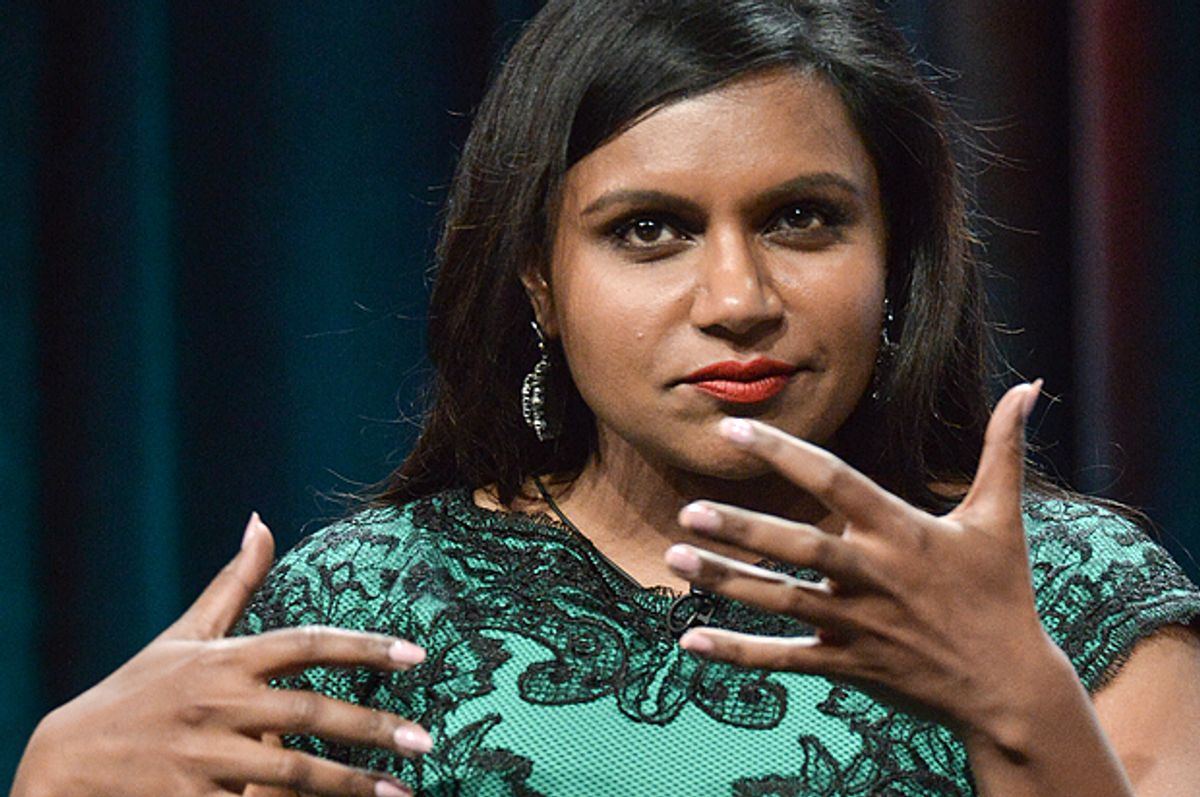 You'd think there would be no more room left in the Billy Carter Memorial Embarrassing Brothers Hall of Fame. In a pantheon full of the likes of Randy Quaid and Jim Belushi, of Frankie Grande and Buckley Carlson, let us now welcome a new member – Mindy Kaling's brother Vijay Chokal-Ingam.

The previously obscure Chokal-Ingam gained a sudden burst of attention this week thanks to his provocatively named blog, Almost Black, and his announcement he and a coauthor are a working on a book of the same name. It's the story of how, as a college student with a 3.1 GPA back in the nineties, Chokal-Ingam realized that "I didn’t have the grades or test scores to get into medical school." So he swapped Vijay for his middle name, Jojo, and "shaved my head, trimmed my long Indian eyelashes, and applied to medical school as a black man." He says what happened next was that "I got into medical school because I said I was black. The funny thing is I'm not... My plan actually worked. Lucky for you, I never became a doctor." And he promises a book that will ultimately combine "the comic tone of the 1986 movie 'Soul Man'… with the deep, poignant and often wrenching observations of John Howard Griffin's Black Like Me." Oh, thank God, someone's finally stepping up to be that modern C. Thomas Howell we've been waiting for.

Chokal-Ingam says that today, he is "a professional resume writer, interview coach, and graduate school application consultant as well as the founder of the LA Resume Service and the Interview SOS Career Service in Los Angeles," but adds that he doesn't condone deception to his clients. Yet his relationship with the truth still seems a little flexible. He did receive – and shares the contents of – letters of invitation from prestigious institutions like Cornell and Columbia to apply to them, with acknowledgements of his status as a "minority applicant." Yet despite his rather grandiose claims of being wooed by the best colleges in the country, he also admits that "the only offer letter I received" was from the University of St. Louis. He left after two years to pursue an MBA at UCLA, after he dropped the pretense of being black.

Naturally, expected venues like the National Review – which used Chokal-Ingam's story as an excuse to call to "Smash the 'Bamboo Ceiling' of Racial Quotas" -- have been eager to seize upon the narrative of a so-so student given an unfair advantage, and the challenges for "Americans of good will who want to promote education opportunity for minorities but not at the expense of other minorities." And the 38 year-old Chokal-Ingam similarly insists schools should "Focus ONLY on qualifications – NOT skin color."

Frankly, I think it's kind of funny that Chokal-Ingam's point seems to be that affirmative action is bad, but apparently riding on your sister's coattails is just dandy. His Twitter bio is "@mindykaling's brother/nemesis." His blog bio lists among his accomplishments, "My sister Mindy Kaling is the star of the Mindy Project on Fox and the author of the New York Time’s [sic] Bestseller Is Everyone Hanging Out Without Me? (And Other Concerns)." In a Sunday interview with the New York Post, he said, "I love my sister to death" but adds, "She says this will bring shame on the family."

Whatever you feel about affirmative action, let's consider that one person's experience over a decade and a half ago – an experience that ultimately didn't yield any deluge in acceptance letters anyway – is not really indicative of the current state of college admissions. Nor is it necessarily an exemplary window into the complex and mysterious vetting process of elite institutions. Instead, Chokal-Ingam's story is one of a successful woman's brother liberally using her name to drum up attention and controversy. And if he really believes that merit alone should determine achievement, I wonder why Mr. Mindy Kaling's Brother doesn't practice that.