Why Comcast and Time Warner must be stopped: The corporate mega-merger that threatens American democracy

It's time for Americans to wake up and stop a new corporate mega-merger, Rep. Tony Cárdenas tells Salon 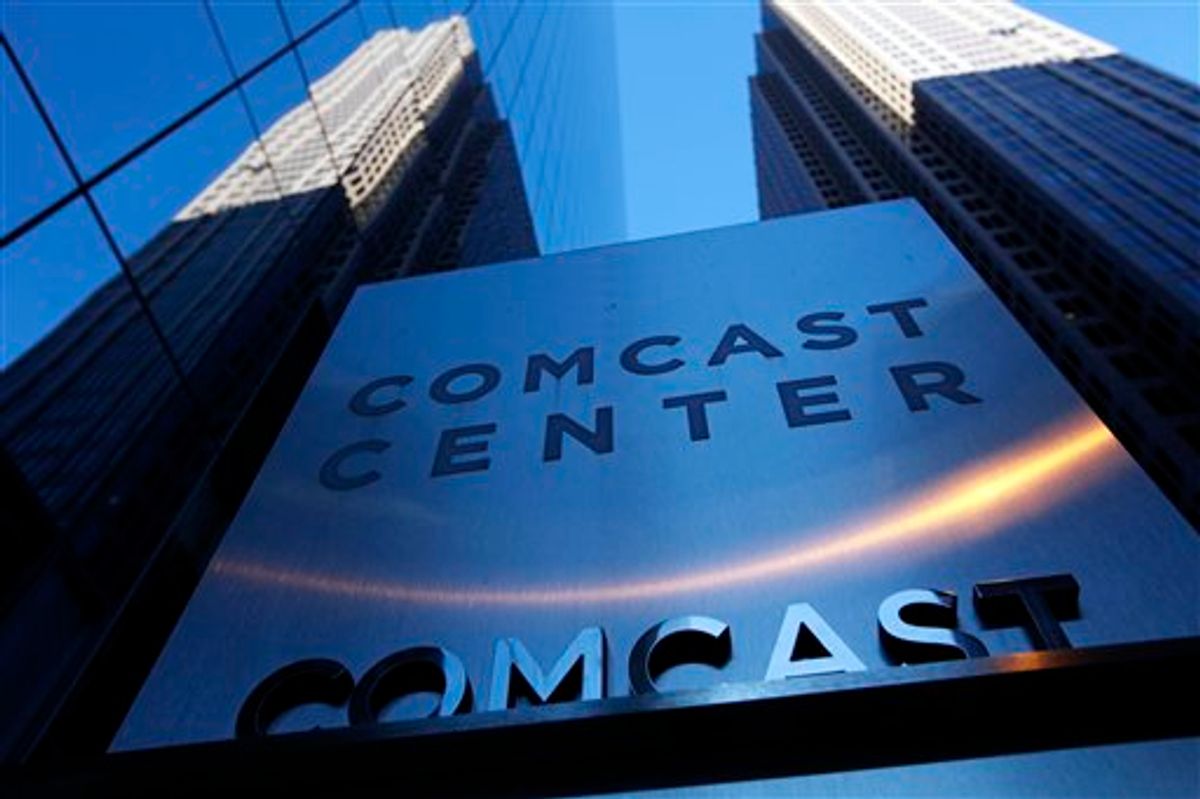 The good news is that if you work hard enough, organize relentlessly enough, advocate tirelessly enough, and persuade enough of the public to join you, it's only improbable — not impossible — that you'll win in Washington. The bad news? With the fight over whether the FCC will allow a proposed merger between corporate giants Comcast and Time Warner Cable starting to heat up, it may be time to do all that hard work all over again. As a Monday piece from the New York Times showed, Comcast's dozens of lobbyists are at it already.

Most of the politicians in Washington have yet to come out strongly either for or against the deal. But consumer advocates have argued against the deal, and at least one member of Congress, California Democrat Tony Cárdenas has come out in opposition, too. On Monday, Salon spoke with Rep. Cárdenas over the phone about why he opposes the deal and what it'll take to get the FCC to vote against it. Our conversation is below and has been edited for clarity and length.

Do you feel like the proposed merge between Comcast and Time Warner should get the go-ahead from the FCC?

The reason why they have to go through the FCC is because the FCC is there to make sure that the playing field or the universe of communications is actually one where there can be a diversity of voices and where there is true access to small and large voices and different voices. I think if the merger goes through, if the largest company— worth about $140 billion— buys the second-largest— worth about $45 billion— then they will dwarf everyone else in that space and they would control, for example, in Latino communities, 90% of what people are or aren't going to see on their television. In some areas across the country, they'll actually cumulatively have 30% or more of the table space in the country. I think that's a perfect example of why the FCC exists. The FCC was founded in 1934 and their first major action was in 1941 when they broke up NBC. NBC used to be NBC Red and NBC Blue, and they broke them up for the same exact reason, that there wasn't going to be a diversity of voices and because they were vertically integrated. Since 2010, Comcast has become tremendously vertically integrated and that's a perfect, classic case, in my opinion, where the FCC should rule that the merger should not go through.

For people who don't know as much about this issue, what do you mean by "vertically integrated"? What would that mean for your constituents?

Los Angeles, for example, is a very diverse community and we have a few content providers in Spanish— let's use that as an example. Since the merger in 2010 between NBC Universal and Time Warner, what happened was that they also acquired Telemundo, and Telemundo is in direct competition with other providers in Spanish who make content. Some of those providers have a few hundred employers, and in at least one case right here in Los Angeles, they have over 1,000 employees. They're in direct competition with Telemundo, and if those companies can't negotiate to be on Comcast cable, they go dark in large markets. It's not lost on me that Comcast, now that they're vertically integrated and as large as they are right now, they're already bad players in some markets. If they get bigger, they're just going to crush the competition in certain areas. Telemundo and the smaller places in Los Angeles, that's a perfect example. When you get right down to it, it actually affects people's lives as far as jobs, not just what content they see on TV.

A lot of polls have shown that people are pretty strongly against the merger. Do you think that public sentiment is being reflected in the debates going on in Congress right now?

I think that a certain small, smaller percentage of the public even knows that this merger is even going on, and I think a smaller percentage of that public even realizes what the cause and effect of such a merger would be. I would say that maybe 1% of the American public can actually articulate one sentence to the fact that they're aware of the merger and maybe .01% of the American public could actually articulate some pros or cons as to whether this merger is going to affect them positively or negatively.

And do you feel that that lack of awareness is an impediment to the merger?

Do you feel that if we don't see that narrative from any different perspectives, that this merger might get the OK?

Exactly. In America, we're very fortunate that we live in a country where we don't have to worry about these kinds of things. In most cases, people have most of the basics under control — they have a roof over their head, they have a job, their kids are going to school — so this stuff is tertiary to the day-to-day lives of Americans. That's because we have a democracy where we elect people, and we're supposed to be paying attention to what's going on, so that people can go about their daily lives and hopefully we make good changes for the American public. This is one where it's right square in the bailiwick of the FCC, which is an appointed group of folks that are paid to be on the commission, and they're supposed to be sitting there poring over all these issues, looking at the history, always understanding and remembering why the FCC even exists. I think the FCC exists exactly to analyze these kinds of mergers and to look into the present and future of what this merger means, and preventing the kind of environment that will create a monster of a voice. They need to weigh in, and I think in this case they should weigh in and stop this merger.

Last question: A lot of people think the president's statement on net neutrality had a real impact on that issue. Do you think people in the government who care about this issue and are against the merger are going to need to hear something from the White House in order for the right outcome to happen?

The White House might say something, but if they say something outside of the FCC doing their job, that will probably either give people comfort or fear that the FCC is going to opine in a certain direction. At the end of the day, it's up to the FCC to bring it up for a policy discussion and then call for the vote and have the vote. Look, they're part of the administration; they're appointed by the President, and the bottom line is that the White House has a tremendous sway as to indicating what kind of direction they would like their commission to go in. When it comes to this merger, I hope they play it straight. I think all the important indicators show that this will crush competition, it'll reduce the diversity of voices across the country, and it'll allow Comcast to eventually march forward and become bigger and more monolithic. It'll just crush the diversity of voices in this country.