My social media asylum: What I learned during my time away from the trolls (and the brunch pics)

I won't give up Twitter for good, but a time out does wonders for the soul 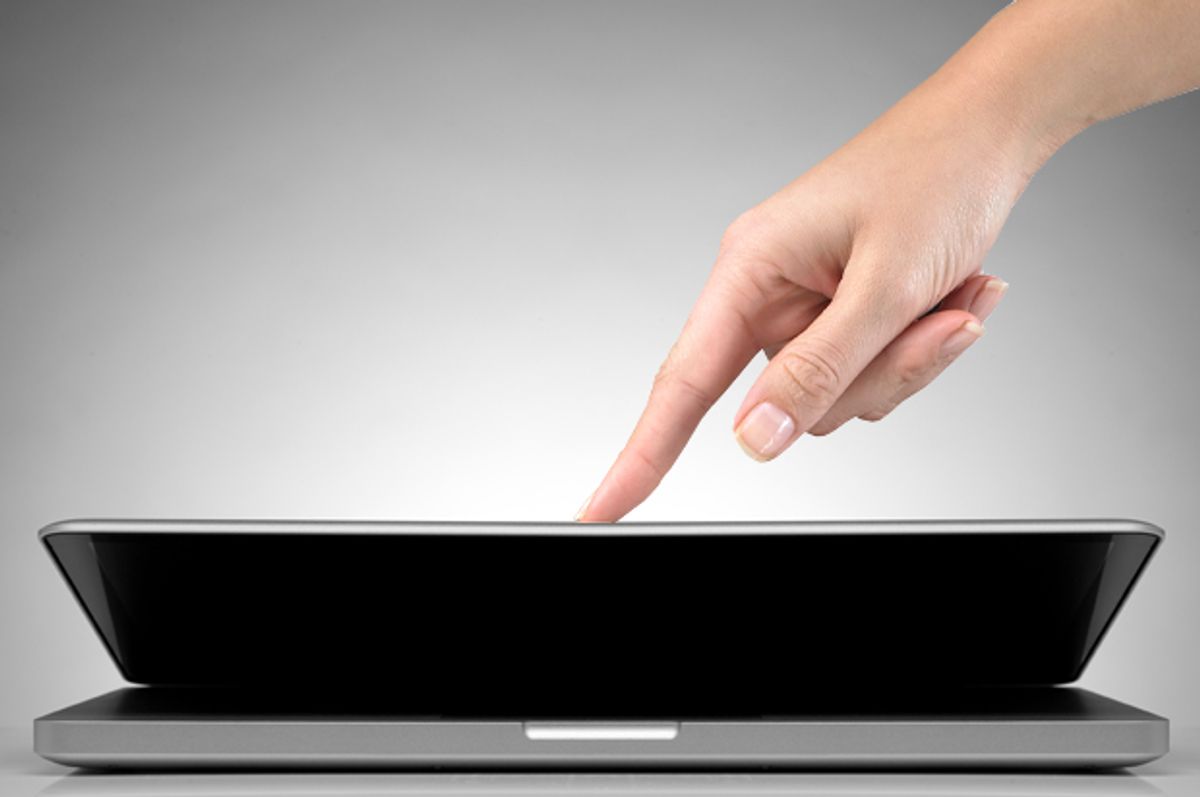 This morning, I turned on my computer, checked my email and read the headlines. Then I went on Twitter and reported two trolls for abuse. Aaaaaand…. we're back, social media.

A month and a half ago, I decided to do a Lenten fast of a different sort, one involving my daily fixes of Facebook, Twitter and Instagram. It wasn’t a hair shirt or a trip to the desert, nor was it intended to be. It would be instead, I hoped, an opportunity for more contemplation and quiet, and one that would come wrapped in a challenge to my impulse control. It would be, in short, the spiritual challenge I’d been lately looking for. And it was.

I have over the past few years grown increasingly fatigued with the more toxic aspects of social media — with the petty, swiftly escalating arguments, with the vicious pile-ons, and always, always, with the trolls who think of nothing of issuing a threat or just a vivid and grotesque command to a total stranger — especially if she is female. I’ve also simply found myself less entertained by it all. At a certain point, I believe, you've seen enough of other people's meals. "So you're offline for Jesus," a friend drily observed recently. "Jesus," I replied, "and to get away from the misogny and brunch photos."

So I did. It wasn't a full tech time out — I still used my accounts for messaging, and you can't write about contemporary issues without inevitably finding an aspect of the story that involves Twitter. But I didn't post, didn't favorite or like, didn't do any recreational reading. I endured the entire Academy Awards without making a single snarky comment — at least not to anyone who wasn't in the room with me. When I went for minor surgery and a follow-up MRI and CT scan in March, I didn't send out a request for good wishes. When I read something hilarious and wonderful, I didn't share it. When I wrote stories, I didn't tweet them out. I did, however, still manage to get in the middle of the great dress debate.

What I missed most, to my surprise, was Instagram. I missed the visual fix, and the pleasure of a community that is, for me, free of controversy or any need to self-promote. I just like looking at the pictures, plain as that. Instagram! It was you I loved all along! Twitter and Facebook, on the other hand, were more complicated. I think I probably missed a lot of hate reads in the past few weeks, which feels great. I no doubt missed some really fine stories and observations and funny things people said, which does not feel too bad either, really. And I loved, loved, loved having a period of time when I didn't have to see a lot of the really hateful, disturbing stuff that is oh so abundant out there.

I also found myself, of necessity, stretching for connection in more old-fashioned ways, and with profound results. On a friend's birthday, I called her instead of posting on her Facebook wall — and learned she'd recently been hit with a devastating series of personal losses. So we talked about it. For a long time. I missed entirely out on "The Jinx" — so a friend and I binge watched it together over wine and cake. Yesterday I put three cards, actual physical, made of paper cards, in the mail for friends. It's not interactive, but it's mindful. And I could do all those things because I had the time to do them, because I wasn't scrolling through the often numbing deluge of a social media feed. I could get used to that.

But two other things happened while I was out commission that reminded me why I don't imagine ever giving up on the medium entirely. For one thing, The WELL, one of the first and still most unique online communities, celebrated its 30th anniversary. The WELL was the home I found when I was young and had just moved to San Francisco in the early nineties, and the friends I made in that small and special world, via the distinctive pings of dial-up, are still among my favorite people in the world. A few weeks ago, flying back from vacation, I wound up sitting next to one of those people on our flight. The gift of the conversation and connection we  enjoyed that late afternoon, as our plane dipped down toward New York City, was the result of a bond formed first in a disembodied medium. That matters. The other thing that happened, that I didn't know until soon after that plane touched down, was that Lisa Adams died. Lisa was a woman who brought soul and wit to her public experience of breast cancer, and her compassion and grace touched thousands of people's lives. Thousands of people who would never have had the good fortune to encounter her if not for her prolific, enthusiastic Twitter presence. That's the part of the story that is just as real as the trolls and the trivia. The part where, on a pretty regular basis, someone reaches out, and someone else recognizes the call and responds. And that part is so powerful when it happens.

I'm still figuring out how to attain something like a sane balance. I haven't experienced a fraction of what what women like Lena Dunham have, but I completely relate to what she said in January, that "I deleted Twitter because I’m trying to create a safer space for myself emotionally. People threaten my life and tell me what a cow I am." She now says she has someone else post tweets for her and report back the replies when the spirit moves her, but I don't picture myself outsourcing my own bon mots any time soon.  Instead, I'm limiting my social media time — it's as easy as not having Facebook and Twitter on the phone, for starters — and continuing to let go of the parts that feel most toxic while embracing the ones that feel most real. And the spiritual lesson I received this Lent was that it's hard to give a thing up, but it's even harder to stay and try to make it better. Going forward, that's what I want to do. To be a better social media citizen. To amplify the voices that I respect. To cultivate kindness. And yeah, to just keep blocking the trolls.