"About Elly": A masterful thriller -- and a portrait of Iran's conflicted middle class 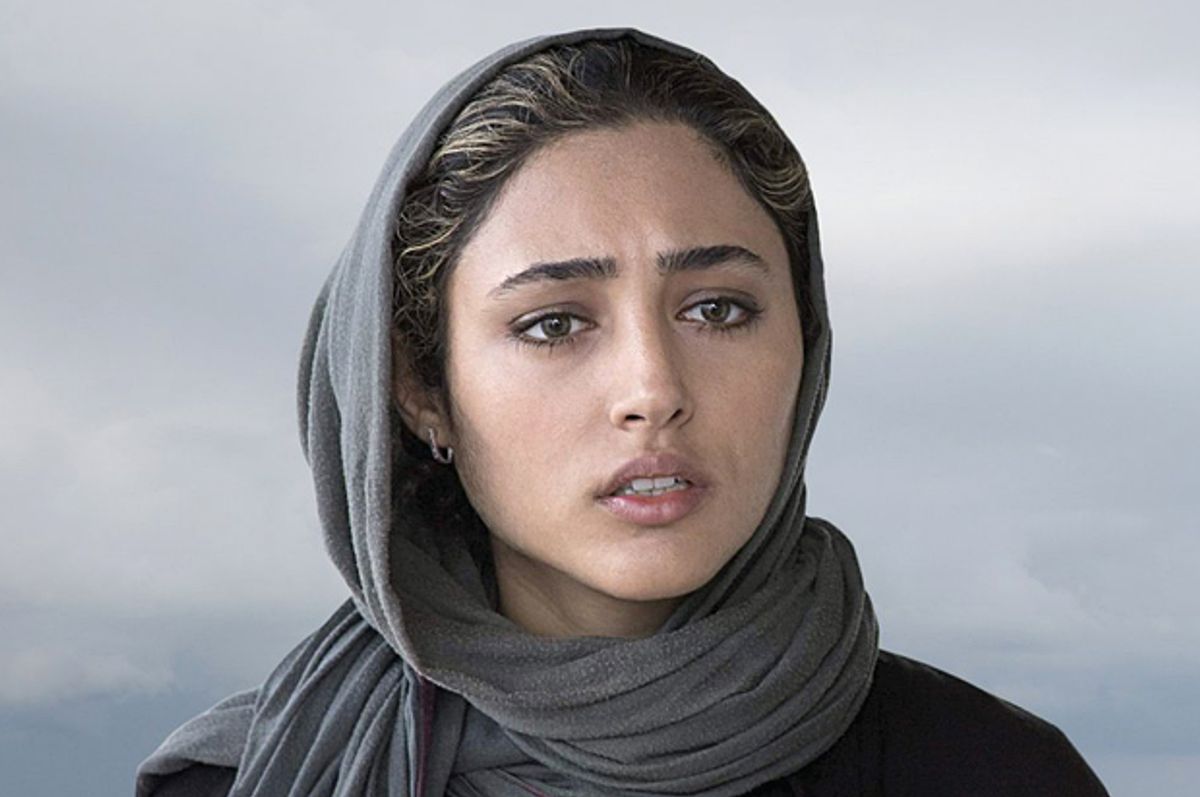 Golshifteh Farahani in "About Elly" (The Cinema Guild, Inc.)
--

When Iranian director Asghar Farhadi’s “About Elly” premiered at the Tribeca Film Festival in 2009, it announced the arrival of a major international talent. A gripping and adventurous work of cinema, Farhadi’s third feature combined the mounting tension of a psychological thriller with various levels of social allegory, including a barely veiled portrait of class and religious tensions inside Iran. Film-history buffs immediately spotted the influence of Michelangelo Antonioni’s 1960 classic “L’Avventura” in this cunning ensemble drama about a group of friends on a seaside vacation torn apart by a woman’s unexplained disappearance, but no degree in cinema studies was required to appreciate Farhadi’s confident control of characters, image and story, or his complex and humane portrait of life inside the Islamic Republic. (In fact, if you have seen “L’Avventura,” don’t be scared off: “About Elly” is a far more accessible work.)

Less than three years later, Farhadi would win the foreign-language Oscar for “A Separation,” his next film, which pursued the themes of “About Elly” – marriage, class conflict and religious hypocrisy – almost as far as any Iranian filmmaker could take them. That award, and Farhadi’s carefully worded acceptance speech, which referred to the theocratic regime's persecution of other filmmakers without getting overly specific, were reported inside Iran both as a symbolic victory against Western cultural imperialism and a moment of national disgrace. That response, one could say, adroitly sums up many of the internal contradictions Farhadi's films address. A year after that, Farhadi had joined the ranks of Iranian expatriate artists: His 2013 film “The Past” was shot in Paris, and while it’s a moving and intelligent film, its underlying sadness and sense of rootlessness are unmistakable. (A Facebook friend of mine ran into Farhadi at the DMV in Los Angeles a year or so back, where he was apparently applying for a California driver’s license.)

During all this, “About Elly” simply got lost in the shuffle. After winning the best-film award at Tribeca and the directing prize in Berlin, it disappeared into a limbo that was partly created by the hostile relationship between Iran and the United States, and partly by the ordinary vicissitudes of indie-film distribution. It emerged at an especially problematic historical moment, midway through Mahmoud Ahmadinejad’s presidency, and only a few months before his disputed 2009 re-election and the massive street protests that followed. While one can certainly read a political subtext in “About Elly” – indeed, I would say it’s unavoidable -- it’s not a film about injustice or human rights or electoral fraud in any overt way.

So it has taken six years for this terrific film to work its way back to us, and if possible I think it’s even better and more relevant in 2015 than when it was made. With the “nuclear deal” between Iran, the U.S. and the European Union hanging in the balance, Farhadi’s scathing, compassionate and constantly surprising portrait of Iran’s secular middle class goes far beyond the headlines and the hackneyed stereotypes. I would suggest that Bibi Netanyahu should watch this movie to convince himself that Iranians are not a slavering horde eager for nuclear Armageddon, but I suppose he’d simply dismiss it as diabolically clever propaganda.

While the gregarious gaggle of young couples and families who head to a Caspian Sea resort for a holiday weekend in “About Elly” barely seem different from their peers in the West – they drive Audis and Toyotas, wear fashionable jeans and play flirtatious games of beach volleyball – context is undeniably important. No one openly challenges Islamic convention in this movie, but minor acts of rebellion are everywhere: The women only cover their heads in the most vestigial fashion, there’s no semblance of religious observation and the two single people in this group of old college friends are thrown together at every opportunity. Those would be Ahmad (Shahab Hosseini), who is divorced from his Western wife and back home after several years in Germany, and Elly (Taraneh Alidousti), a pretty but soft-spoken young teacher who is the weekend’s designated newcomer.

Everything about the weekend, including the liaison and possible betrothal of Ahmad and Elly, is the work of the group’s alpha female, Sepideh (played by Golshifteh Farahani, a leading Iranian actress who is now herself in exile and making films in Europe and America). Sepideh is one of those people who can be endlessly useful and endlessly irritating, but who always strives to drive group decisions, either directly or otherwise. She persuades the friends to stay in a half-ruined beachfront villa with broken windows and no heat, a fact that contributes to the mystery and possible tragedy that follows. You might think that the symbolism of all these hip and fashionable young people sleeping on the floor of a once-luxurious ruined mansion is a bit too obvious, but I suspect that to Iranians their situation is both allegorical and entirely convincing.

To cover up possible scandal with the working-class religious local family who rent them the villa, Sepideh presents Ahmad and Elly as newlyweds returning from the West to lead a pious Islamic life, a needlessly meddlesome falsehood that is likely to backfire from the get-go. As for Elly, she seems to like Ahmad well enough, but she’s evidently uncomfortable with this dissimulation and with the group’s casual atmosphere. She makes plans to leave almost as soon as she arrives, and we know (although the group doesn’t), that she has pleaded with her mother to tell no one where she is. It gradually becomes clear that even Sepideh, who invited Elly, doesn’t really know her. When Elly vanishes off the beach in the middle of the afternoon – after a chaotic and thrilling action scene, shot largely in the water by veteran cinematographer Hossein Jafarian – no one in the group can even tell the openly hostile cops her last name. Has she gone swimming and drowned, has she committed suicide or has she fled in pious outrage? They have no idea.

As with the Antonioni film that Farhadi has so ingeniously turned to his purposes, you shouldn’t go see “About Elly” hoping for a Hitchcock-style thriller that will answer all your narrative questions. But if “L’Avventura” is a deliberately frustrating portrait of European postwar anomie and a study in abstract, black-and-white composition, “About Elly” is more dynamic and more realistic. (Not to give things away, but while Elly’s fate isn’t the point, we do get some answers.) Farhadi’s terrific ensemble – the all-star cast also features Peyman Moadi, who went on to play the husband in “A Separation” – create a wrenching social portrait of a group of people who are barely holding it together in a situation where their quiet nonconformity is barely tolerated. To international viewers, these normal and appealing young cosmopolitans represent a link between Iran’s past and its future, and the country’s slow, incremental journey to reconnect with the rest of the world. But the disappearance of a woman they don’t know, for reasons they don’t understand, strips away their veneer of contentment and reminds them that their present-tense situation is precarious and full of deadly possibility.

“About Elly” is now playing at Film Forum in New York. It opens May 1 in Miami and Santa Fe, N.M.; May 8 in Boston, Chicago, Denver, Los Angeles, Philadelphia, San Diego and Washington; May 22 in Atlanta, San Francisco and San Jose, Calif.; June 1 in Seattle and June 19 in Columbus, Ohio, with more cities and home video to follow.