Rand Paul goes full mansplainer on "Today": "That would be a better way to approach an interview"

It's another CNBC moment, one day into the campaign as the senator gets nasty with Savannah Guthrie 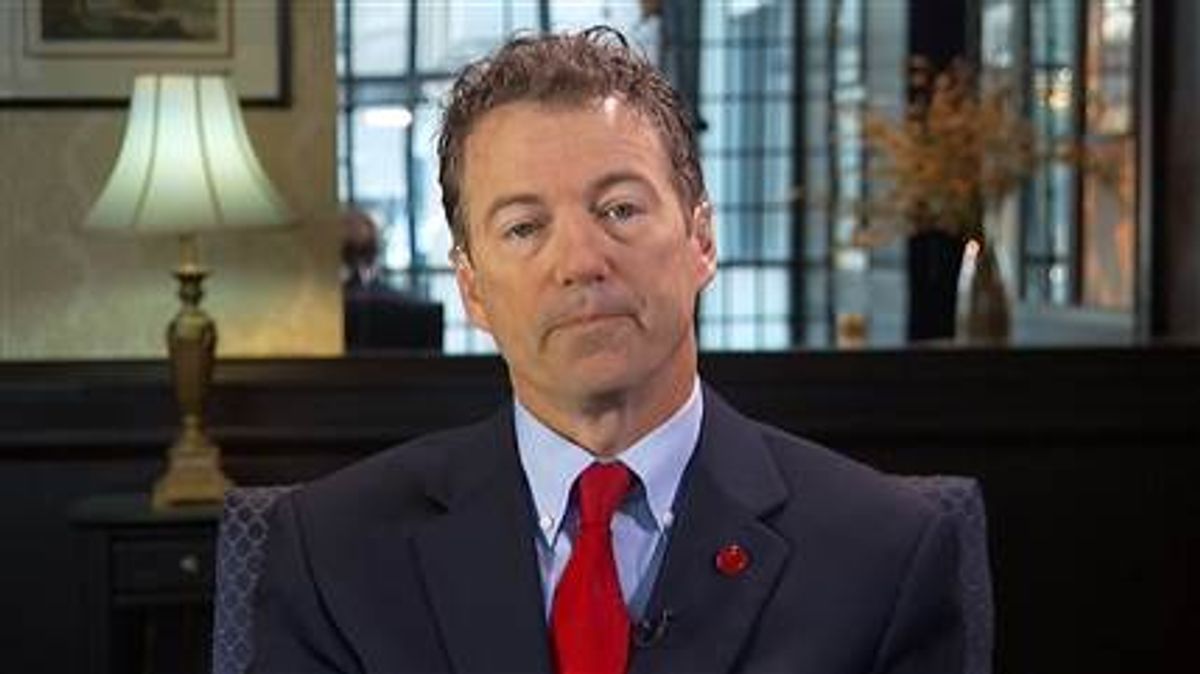 If you had one day into the campaign in your "when will Rand Paul have another CNBC moment with a female interviewer," you won.

The GOP presidential candidate got snippy with NBC's Savannah Guthrie on Wednesday morning when she began a question by citing several examples of his shifting opinions on foreign policy.

"Why don't you let me explain instead of talking over me," replied Paul, before repeatedly accusing Guthrie of "editorializing."

Then he gave her some free journalism advice: "Before we go through a litany of things you say I've changed on, why don't you ask me a question, 'Have I changed my opinion?' That would be better way to approach an interview."

Watch the entire interview below.