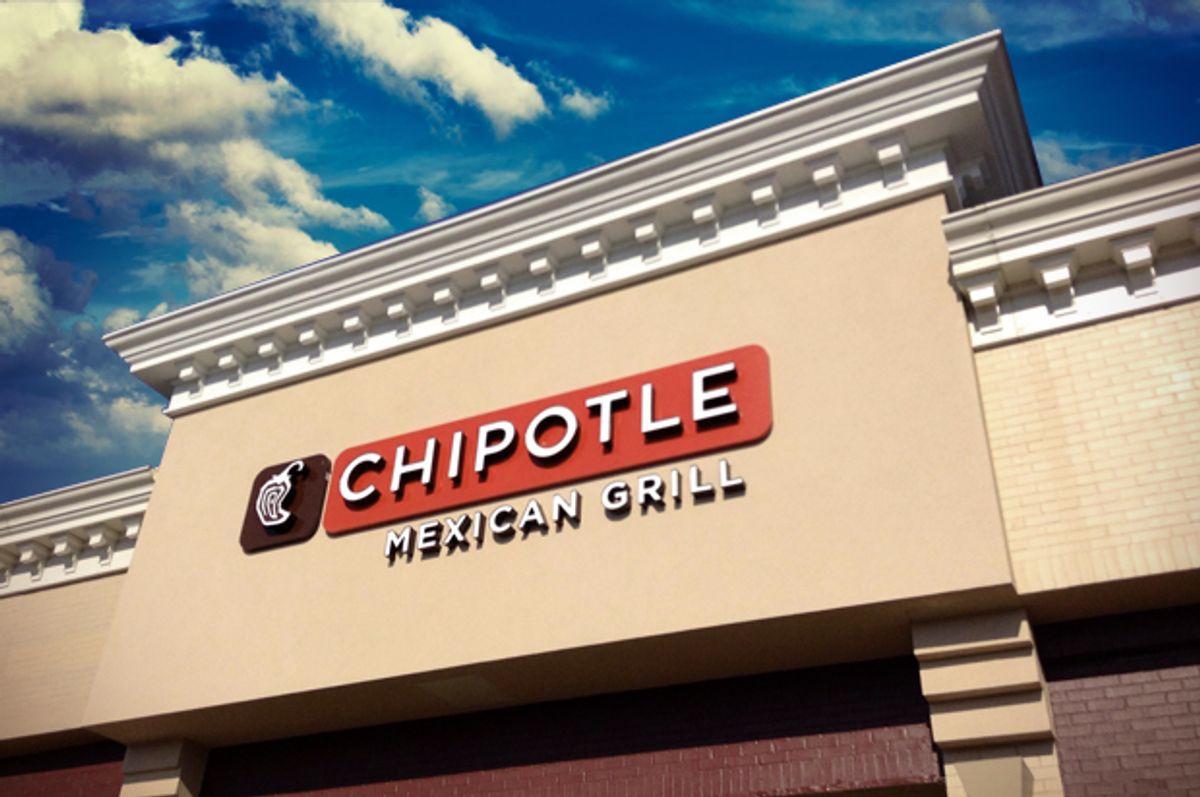 Back in January, Chipotle broke the hearts of pork lovers everywhere by announcing that it would stop serving its popular carnitas menus item in hundreds of its U.S. stores after a supplier violated its "responsibly raised standards."

According to an update from Bloomberg, the pork-opolypse isn't likely to be resolved anytime soon.

“We don’t know for sure when we’ll be fully supplied again,” Chipotle spokesman Chris Arnold told Bloomberg. “For many years, we’ve been operating in a system where the primary food supply doesn’t meet our standards.”

It's a lesson Chipotle seems to be learning the hard way: it's hard to expand into a major player in the fast food market while at the same time serving only humanely grown livestock. It may, in fact, be impossible -- unless customers are willing to either pay more, or embrace vegetarian options.

Chipotle's standards, after all, are strict: it only serves meat that's been raised without antibiotics or added hormones, with the additional requirement that the pigs destined to become carnitas are housed in conditions that aren't met by typical factory farms. That's what makes Chipotle stand out from its competitors, but it's also anathema to a model that requires a lot of supply to meet growing demand. Humanely raised pigs, after all, are still a rarity in the U.S. According to Bloomberg, the top pork processors, which make up 70 percent of domestic production, mostly fall short of Chipotle's standards.

Chipotle's been criticized in the past for offering conventional meat when superior options weren't available, but executives drew the line with pork, and are instead trying to figure out other options. One, Arnold told Bloomberg, might be to use pork loin instead of pork shoulder for the carnitas -- but that, he said, would be a lot more expensive.

As I've argued before, Chipotle's real problem may be its insistence on perpetuating the myth that fast food meat can ever be sustainable, in the full sense of the term: producing meat in a system that exploits neither the animals nor the workers, and which refrains from threatening public health and the environment, is in many ways dependent on producing less of it.