"You need to tone it down": Chris Christie scolded by kindergarten teacher at town hall 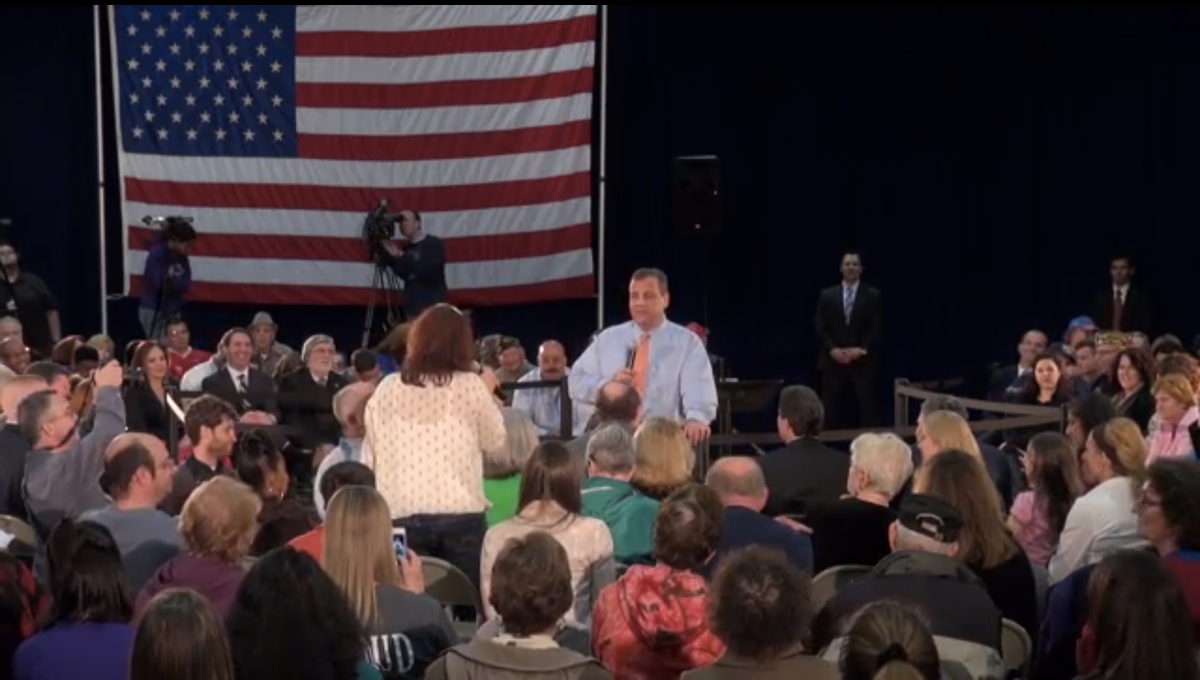 New Jersey Governor and potential 2016 hopeful Chris Christie is notorious for his New Jersey temper (I'm sorry, family from New Jersey). At a town hall meeting on Tuesday, Christie was scolded by one of his constituents for being too brash.

Cheryl Meyer, a local kindergarten teacher, said that it was getting difficult to explain to her young students why their governor was so foul-mouthed and irritable. "You need to tone it down a little if you want to become President of the United States," she added.

"Everything that I've ever said in my public life is not something that I would necessarily say again," responded Christie. Still, he said that he didn't want to just say the "blandest, most vanilla thing," and he disagrees with the idea that "you have to respond politely" if you're a public figure being mistreated.

Watch the video below, courtesy of NJ.com.