Kristen Stewart's post-“Twilight” resurrection: Her indie career is no gimmick, and no surprise 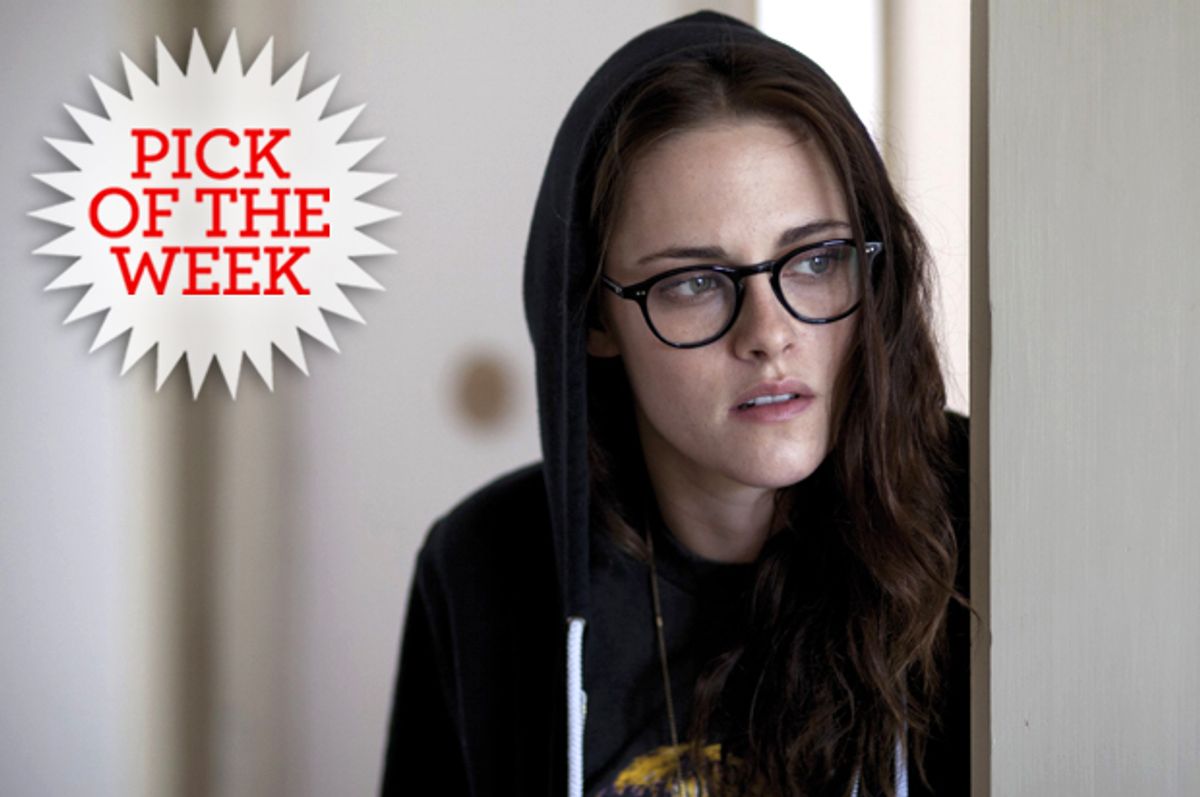 At age 24, Kristen Stewart became – at least by some standards of measurement – the highest-paid actress in Hollywood history. Stewart earned a reported salary of $50 million for her role as virginal vampire bride Bella Swan in the two-part “Twilight” finale, plus a 7.5 percent stake in the films’ gross receipts, which quite likely added the same amount again. One should never bother expending compassion on rich and famous celebrities, but the combination of adoration and derision that greeted Stewart’s astonishing ascent was almost as unprecedented as the event itself – and almost as exaggerated.

If you want to argue that it’s ridiculous for a movie actor to make that kind of money, and that the “Twilight” series was nothing more than lightweight libidinal fantasy for teenage girls, of course that’s all true. But the reaction to Stewart and “Twilight” was often tinged with a kind of sexism and snobbery we simply don’t encounter when it comes to libidinal fantasy for teenage boys, such as the Marvel Comics franchises that have become Hollywood’s bread and butter. I would certainly agree that the “Twilight” movies were chaotic and internally contradictory texts that wrestled with a chaotic swell of desire and ridiculously obvious symbolism – but again, how does that make them different from most big-budget Hollywood spectacles? For a very large subset of the haters, the real problem was the girl-cooties.

Here’s the part that nobody expected, neither Stewart’s most loyal fans nor her most ruthless detractors: She has relaunched her career as an indie-film actor, and it’s almost exactly the same career she would have had if “Twilight” had never happened. Indeed, it might be more accurate to say that career never stopped, and that Stewart has instead treated the “Twilight” films as a detour or an aberration. With the solitary and partial exception of “Snow White and the Huntsman,” every non-vampire movie she has made since at least 2008 has been a role better suited to the star of “Adventureland,” her Sundance-hit rom-com with Jesse Eisenberg, than the star of “Twilight.”

Viewed this way, Stewart’s little-seen performances as a runaway turned hooker in “Welcome to the Rileys,” as Neal Cassady’s fictionalized girlfriend in Walter Salles' “On the Road” or as a troubled Gitmo guard in “Camp X-Ray” are the central thread of her career, not odd tangents or exceptions. Looking ahead, that thread looks to continue into the indefinite future: Stewart has already completed “Equals,” a sci-fi romance for indie director Drake Doremus, and “American Ultra,” a mid-budget action spoof that reunites her with Eisenberg, and is scheduled to appear in new films by Woody Allen and ultra-indie auteur Kelly Reichardt. She’s also been cast in Ang Lee’s film of the Iraq War novel “Billy Lynn’s Long Halftime Walk,” but while that's clearly a big movie, it's big in the prestigious, award-season sense, not the popcorn sense. Of course I can't tell you whether those pictures will be good, bad or indifferent -- but none of them will carry a “Twilight”-scale paycheck or hold much appeal for “Twilight” fans.

Of course it’s not quite that simple, since everything Stewart does from now to the day her obituary is published will be haunted by the ghost of Bella Swan. Her new role as personal assistant to a famous European actress (played by French screen legend Juliette Binoche) in Olivier Assayas’ “Clouds of Sils Maria” is loaded with meta-references to Stewart’s own trajectory as a target of gossip mags and paparazzi, and can be read as a commentary on celebrity and its discontents. If she had continued on the “Adventureland” path without ever playing Bella, Stewart might well have wound up in an Assayas film. But presumably not this one, in which Valentine, her gawky, earnest and ambitious character (clad throughout in glasses, jeans and a T-shirt) manages public appearances and media exposure for her boss, and earnestly debates the craft of a hot young actress best known for her role in a ludicrous science-fiction franchise.

While “Clouds of Sils Maria” has many layers and elements, and Stewart’s fame is certainly a part of the puzzle, it never feels remotely like a showcase constructed for her benefit or a complicated pop-culture in-joke. Those who know Assayas’ films, from the classic French generational dramas “Summer Hours” and "Something in the Air" to the nightmarish postmodern thriller “Demonlover” and the magnificent miniseries “Carlos,” will already know that he’s a risk-taker and a game-builder, driven by formal audacity and a passion for cinema history. “Clouds of Sils Maria” contains scenes from a fictional play about an intense and predatory relationship between an older and a younger woman, which mirror the dynamic between Valentine and Binoche’s vulnerable, egotistical Maria Enders – and which they act out as Maria learns her lines. It also features two different movies-within-a-movie, and Assayas’ fellow cinephiles will have no trouble spotting the influence of both “All About Eve” and Ingmar Bergman’s “Persona.”

Sils Maria is the name of a village high in the Swiss Alps, and that’s where Maria and Valentine hole up in the house of a recently deceased playwright named Wilhelm Melchior. He was the author of the aforementioned play, and he made Maria a star 20 years earlier by casting her in it, as an ambitious young woman who seduces, dominates and ruins her female boss. This drama of sexuality and power is called “Maloja Snake,” referring to a twisting, writhing cloud formation seen in the Alps on the advent of a storm front. So, yeah, the play and the movie have synonymous titles -- and while I suspected at first that Assayas had made up the meteorological reference, the Maloja snake turns out to be real enough.

Maria is now too old to play Sigrid, the young seductress, and has been offered the part of Helena, the older woman in the play who is destroyed by love. She doesn’t want to do it and yet she can’t resist it, which Assayas clearly presents as not just a showbiz issue but a constant factor in human psychology. Sigrid will be played by Jo-Ann Ellis (Chloë Grace Moretz), the self-destructive but also self-determined young actress from the science-fiction movie, with whom Valentine is fascinated. Jo-Ann is a favorite target of TMZ-style websites, whose inebriated public escapades have fueled a million YouTube clips, but she’s a lot more like Lindsay Lohan or a female Shia LaBeouf than like Kristen Stewart.

As I’ve suggested, the relationship between Valentine and Maria, and then between Maria and Jo-Ann, becomes intertwined with the fictional relationship between Sigrid and Helena, but never in some reductive or simple-minded way. (A minor spoiler to fend off customer dissatisfaction: Stewart and Binoche do not have sex in the film.) “Clouds of Sils Maria” is both an arch game of surfaces, fueled by spectacular locations and the appurtenances of stardom, and a more straightforward character drama about two lonely women both drawn together and driven apart by money, affection and ambition. I actually mean this as high praise: Kristen Stewart doesn’t screw it up. She’s in on the joke, but she never plays Valentine as a joke. She’s alive and alert and present in every second of screen time, alongside one of the greatest living European actresses, working not for herself but for the benefit of a strange, imperfect and sometimes brilliant film. There’s nothing more you can ask.