"Those women were not yelling at you": Megyn Kelly condemns Rand Paul's interview conduct 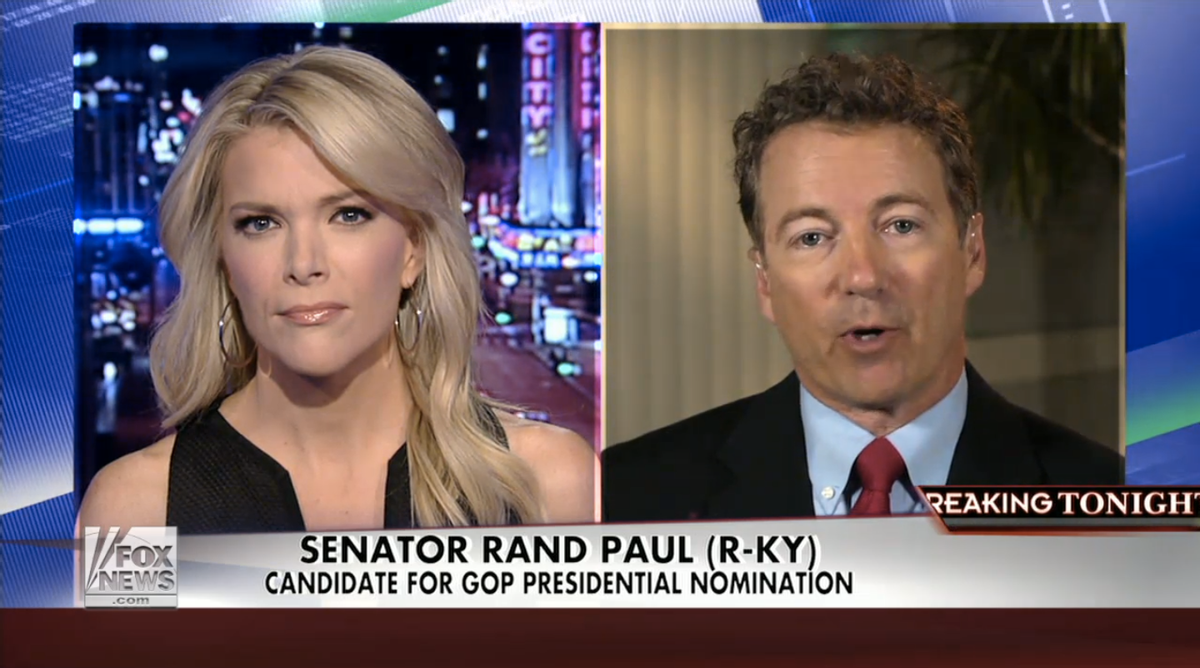 On Wednesday evening's edition of "The Kelly File," host Megyn Kelly confronted Sen. Rand Paul (R-Ky.) about his recent appearance on the TODAY show, during which he shushed anchor Savannah Guthrie.

It wasn't the first time Paul had lost his cool with a female interviewer, and Kelly questioned whether the presidential candidate was ready for the pressure of the campaign trail.

"I don't think it makes for good TV on both sides. And I do lose my cool," said Paul, noting that nobody wants to watch "yelling."

"Those women were not yelling at you," Kelly said, referring to the interview with Guthrie, as well as with CNBC's Kelly Evans.

"Do you regret shushing the reporter?" Kelly asked. "Savannah Guthrie's not exactly known for her aggressive unfairness."

"I think the question was unfair," Paul responded. "Do I think that I responded appropriately? You know, I would rather not have contentious interviews. I'd rather do 30 minutes with Charlie Rose, laid back in a lazy boy chair."

"The question some people are asking about you is whether you're ready for prime time because it's only going to get worse," Kelly said.