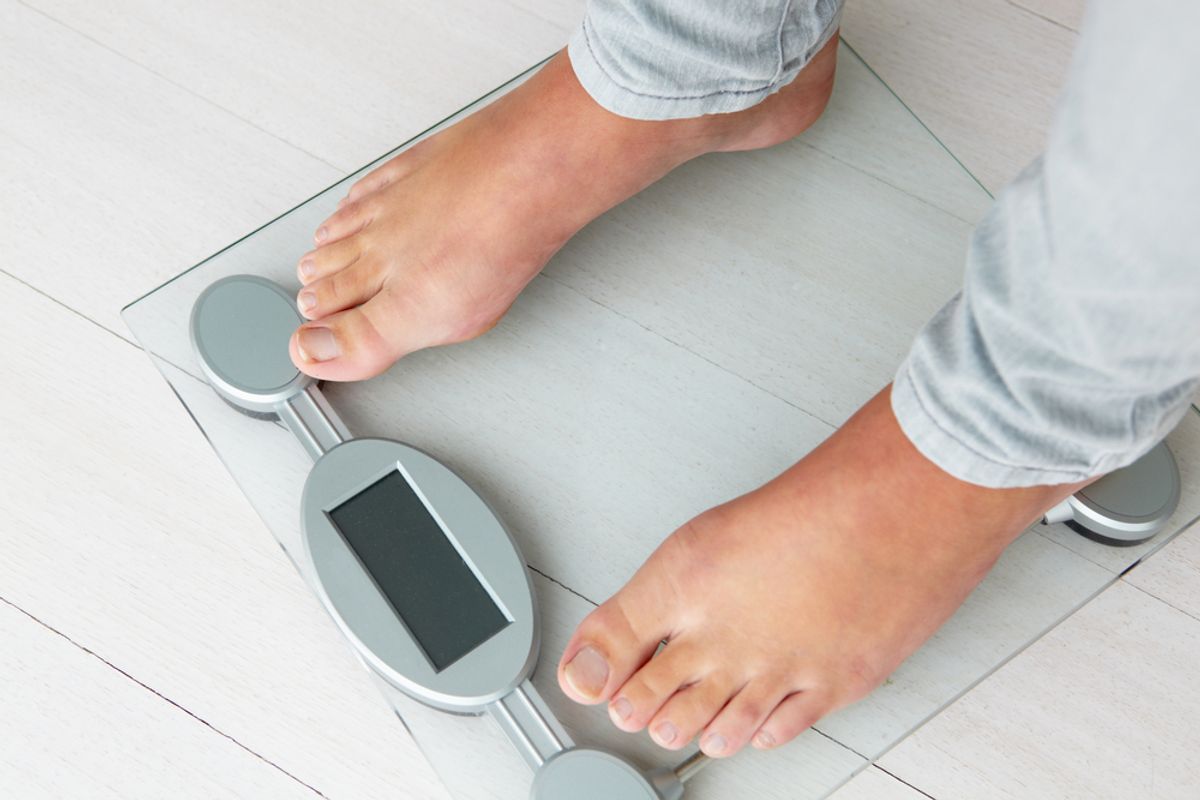 We know the gender pay gap doesn't affect all women equally. Women of color and LGBTQ women, for example, fare much worse in terms of pay equality than, say, straight, white, cisgender women. We also know that approximately 20 million American women struggle with eating disorders at some point in their lives.

Those two things might seem oddly paired in the same paragraph. But a new study finds that disordered eating might actually contribute to the disparity within the disparity between men's and women's earnings, in ways that can affect the women who have eating disorders for much of their professional lives. According to research published in the International Journal of Eating Disorders, women with illnesses such as anorexia and bulimia are not only at risk of long-term health problems, but also "were at a distinct disadvantage when trying to achieve socioeconomic independence in early adulthood."

So, on top of earning less than men on average, women with eating disorders also earn less than women without. For men who experience disordered eating, however, the economic burdens don't appear to be the same. Of course, negative effects on earnings are also only one of the detriments the study uncovered for women, the Washington Post reports:

[Women] with such problems “had lower levels of educational attainment, personal income, and lower odds of owning a home in early adulthood compared to females who did not report” the illnesses — but “these detrimental associations were not present among males,” the study said.

“My suspicion is that girls who are preoccupied with weight and appearance and insecure at very young age — that follows you,” said Jennifer Tabler, a PhD candidate in the University of Utah’s Sociology department and the study’s lead author, in a telephone interview with The Washington Post. “Your decision-making process about your life choices are going to be affected by it.”

The study focused primarily on adolescents who self-reported having or being diagnosed with an eating disorder, and found that young women who suffered from an illness earned 13 percent less than those who didn't. What's more, they also attained a slightly lower level of education on average, which Tabler told the Post "could mean the difference between a bachelor’s degree and not obtaining a bachelor’s degree."

Eating disorders are commonly associated with class in terms of who the illnesses affect, but Tabler's research makes a compelling case for considering the relationship between socioeconomic status and disordered eating to be a two-way street. By influencing earnings early in adult life, these illnesses can shape women's economic futures in devastating ways.

"People think of eating disorders just as a wealthy white girl problem," Tabler said. "It’s just something you carry your whole life and you can’t ever turn it off."