The accident caused no serious injuries, but it did cause a lot of curious tourists to rush to the scene 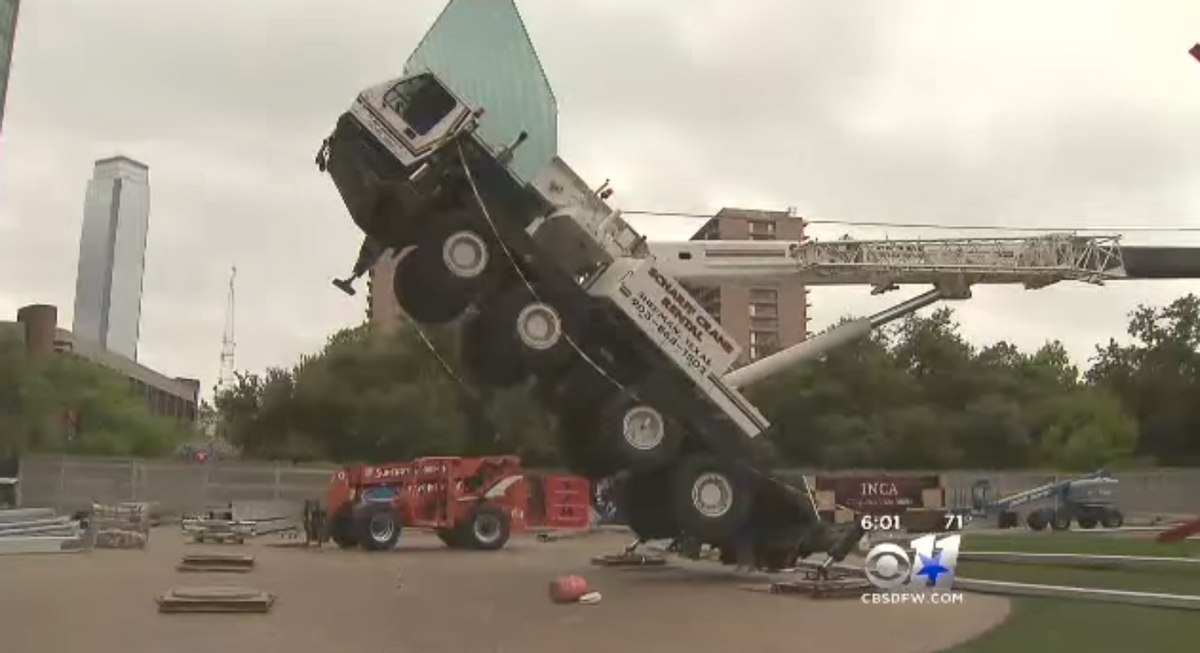 That kid who sat in the back of your art history class and asked "but ... what is art?" is going to have a lot of thoughts on this.

Investigators are looking into what caused a construction crane being operated on near the Dallas Museum of Art to topple over and crush part of the museum's structure early last week. According to CBS News 24, spectators who visited in the aftermath assumed that it was a "special art display." In no time, the site had drawn in a slew of curious tourists, hankering to experience this next-level "installation" up close.

Though there were no serious injuries involved in the accident,  the South Wall of the museum did suffer quite a blow. It required three hours of labor from a contracted team to get it back to tip-top shaped. All things considered, damage was quite minimal. Maxwell Anderson, the art director of the Dallas Museum of Art told CBS News 24 that his primary concern was whether the crane operator was OK (and he was).

Watch the clip via CBS News 24 below: