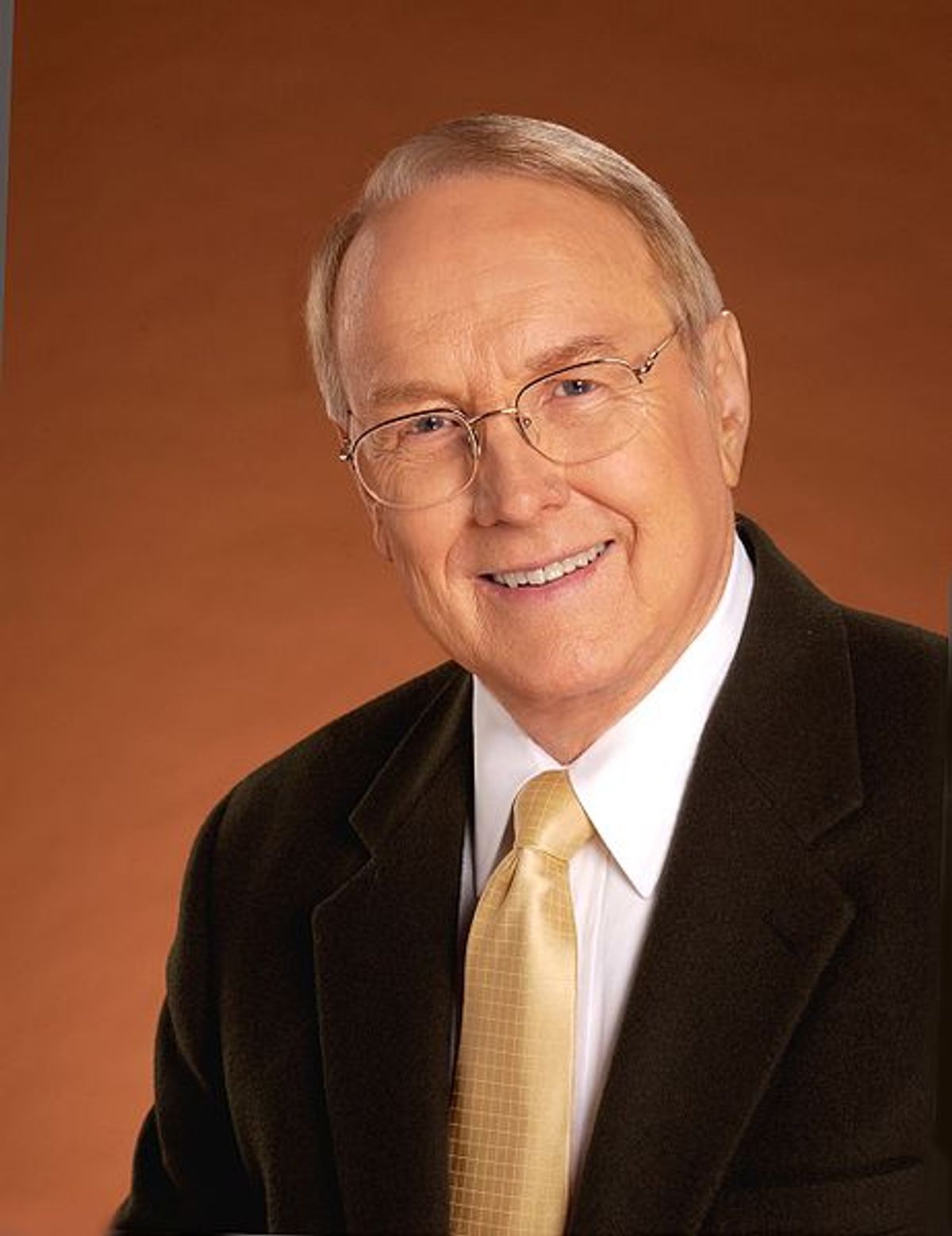 In a recent conference call between James Dobson, founder of Focus on the Family, and a group of like-minded anti-gay activists, Dobson declared that marriage equality could "lead to a full-blown civil war."

Janet Porter, the documentary filmmaker who attempted to convince the world that the gay movement would result in the "criminalization of Christianity," encouraged Dobson to help strike down marriage equality by sending out "just" 2,000 hand-written notes to those in favor of gay marriage.

Dobson agreed that he'd "help any way he [could]" but that, maybe, the activists should be a bit more realistic about their endeavors. And, because he's all about being realistic, Dobson explained later that the Supreme Court greenlighting gay marriage would be enough to collapse the entire nation and send Americans into the next Civil War. Realistically, speaking.

"The country can be no stronger than its families, Dobson said. "I really believe if what the Supreme Court is about to do is carried through with, and it looks like it will be, then we’re going to see a general collapse in the next decade or two. I just am convinced of that. So we need to do everything we can to try to hold it back and to preserve the institution of marriage.”

Dobson later shares that his bud, Tim Huelskamp (R-KS) told him that his congressional colleagues are "scared to death" about speaking out against marriage equality. “We don’t have support really anywhere in government,” Dobson says.