"It was like a joyride for the cops to do this to him": Officers beat and Tase man for stealing a horse 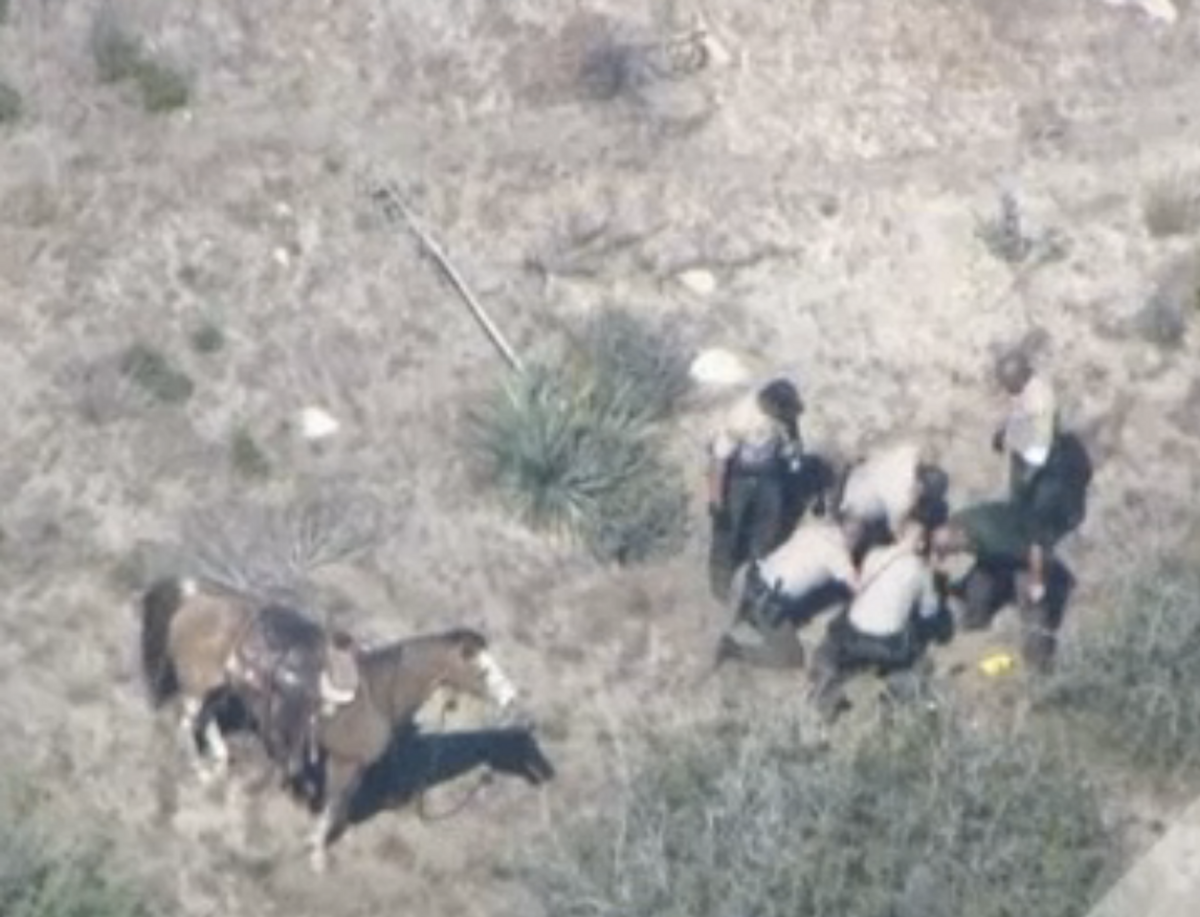 Horrifying video of police officers stunning a man with a Taser and then proceeding to beat him on the ground after a horse chase has sparked an internal investigation by the San Bernardino County Sheriff's office, to determine if law enforcement officials used excessive force when they punched and kicked him for several minutes.

The man, identified as Francis Jared Pusok, was suspected of stealing the horse off which he fell while police chased him on Thursday afternoon, in a desert altercation filmed by NBC Los Angeles. The footage shows Pusok falling to the ground after police fired a Taser at him during their pursuit. Multiple officers immediately assailed the suspect, beating him for several minutes after he had been Tased.

In the two minutes after the man was stunned with a Taser, it appeared deputies kicked him 17 times, punched him 37 times and struck him with batons four times. Thirteen blows appeared to be to the head. The horse stood idly nearby.

Pusok has since been hospitalized with unknown injuries, along with three deputies who were also injured during the chase. Two suffered dehydration; the other was kicked by a horse. According to the suspect's mother and girlfriend, the sheriff's office has kept them in the dark about Pusok's condition, and has yet to offer an explanation of the assault.

"To me, it was like a joyride for the cops to do this to him," Pusok's mother, Anne Clemenson, said. "[It was] brutality. He didn't deserve something like that ... To Tase him, the beatings that I see them doing to him -- it's uncalled for. You see him laying down, and they continue to kick him, hitting him and punching him. Why?"

San Bernardino County Sheriff John McMahon claims his office will launch an internal investigation of his officers' actions, but told NBC LA he's "not sure if there was a struggle with the suspect":

"I can certainly understand the concerns in the community based on what they saw on the video," McMahon said. "I'm disturbed by what I see in the video. But I don't need to jump to conclusions at this point, until we do a complete and thorough investigation. If our deputy sheriff's did something wrong, they'll be put off work and they'll be dealt with appropriately, all in accordance with the law as well as our department policy."

Law enforcement officials claim their effort to stun Pusok with a Taser, which seems to have successfully knocked him off the stolen horse, were ineffective due to the suspect's baggy clothing, and so led to a use of force.

Watch NBC LA's raw footage of the assault below: