Fareed Zakaria tees off on Bill Maher: "You're not persuading people. You're getting applause lines in the West" 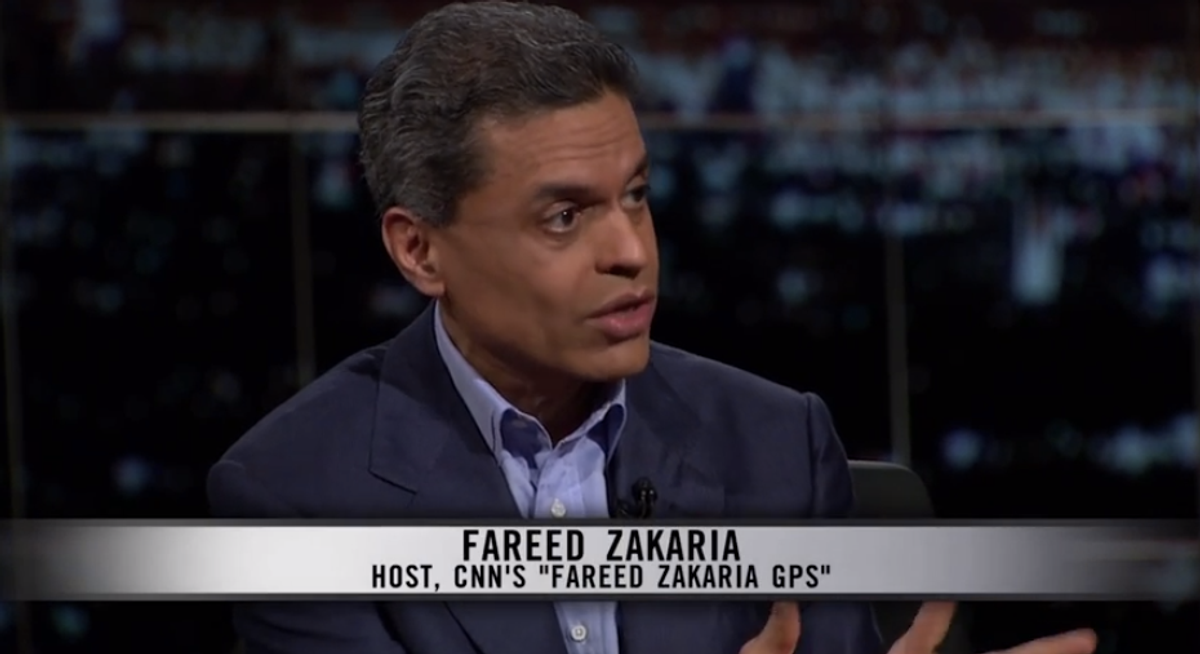 Perhaps the most interesting moment was when Zakaria went straight at Maher's critique of Islam as an intolerant religion, which the host has developed more aggressively in recent months.

He continued: "Frankly, you're going to make a lot of news for yourself and you're going to get a lot of applause lines and joke lines."  But, he added, "push for reform with some sense of respect for the spiritual values."

"You're not persuading people with what you're doing. You're getting applause lines in the West," Zakaria said.

For more of his response and the rest of the discussion, which included New York Times columnist Ross Douthat, watch the entire clip below.