Tori Amos hears "Little Earthquakes" differently now: "Having a teenage daughter forces me to be honest" 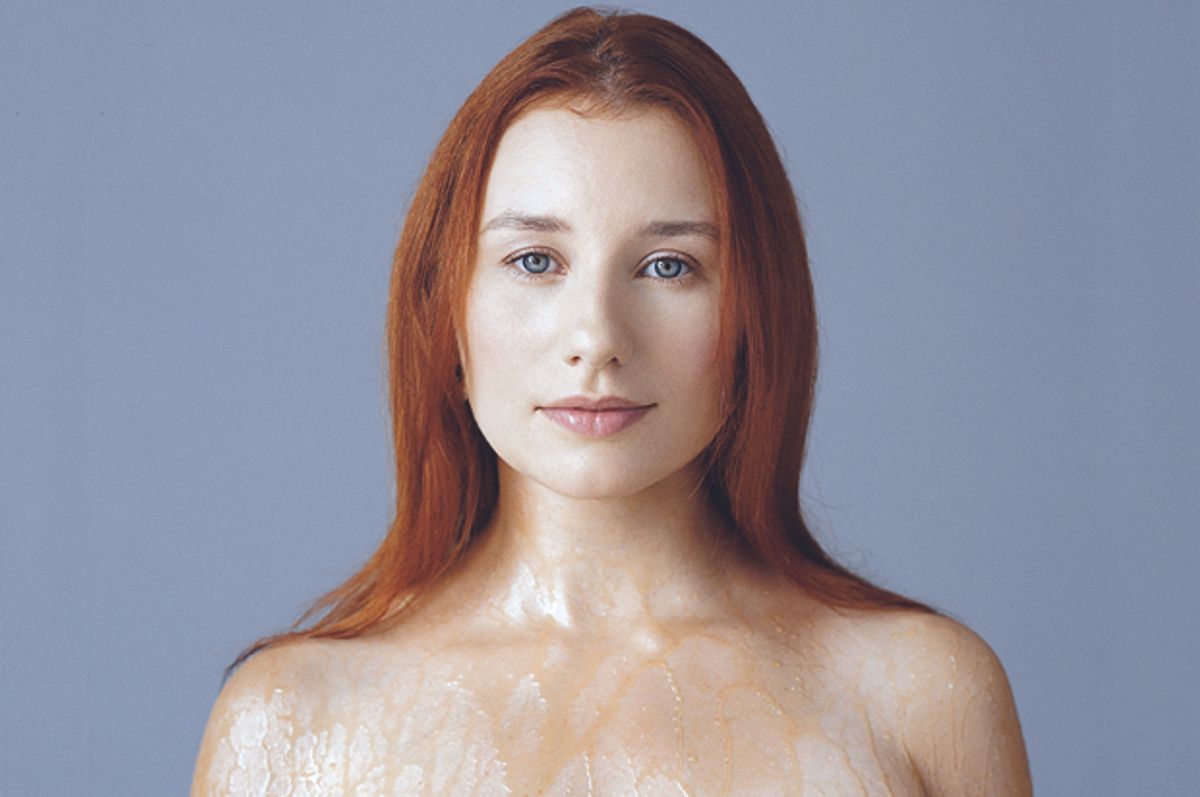 Tori Amos released "Little Earthquakes," her first solo album, in 1991 on Atlantic Records. 1991: when Nirvana released "Nevermind," and the Lollapalooza Festival debuted with appearances by Ice T and the Violent Femmes. Lilith Fair hadn’t happened, Joni Mitchell was not yet the Mother Of Us All, and Ani DiFranco was only beginning to tour. But if 1991 was the Dark Ages, "Little Earthquakes" brought a generation of fierce girls into the light. Amos’ songs were about fathers, mermaids, Christianity and -- in the heartbreaking, terrifying, “Me and a Gun” -- about her own rape. Walking out on stage, Amos might have looked like a flame-haired wood nymph, but she played her piano as if it was a body in ecstasy. Three years later, she followed up with "Under the Pink" -- featuring harpsichord, Trent Reznor and “Cornflake Girl,” an actual hit.

As a listener, I came to Amos relatively late, already finished with my own youthful sturm und drang, dating the man I would later marry, contemplating the next stage of my so-called grownup life. My boyfriend was a fan from way back, but I just thought he was an artsy sucker. It wasn’t until I miscarried my first pregnancy that I “got” Amos for real. “Spark,” off 1998’s "From the Choirgirl Hotel" is the first and only pop song (pace Jay-Z) that deals overtly with pregnancy loss. Amos sings, “She's convinced she could hold back a glacier/ But she couldn't keep Baby alive.”

Since then, Amos has often been in my right place at the right time. When I had my daughter, I made “Big Wheel” – with the tag “I am a M-I-L-F don' you forget” -- into my phone ringtone, until it went off one too many times with my father in the room. And I’ve worn out Amos’ latest, "Unrepentant Geraldines," in which she writes from the perspective of a woman at midlife, with her teenage daughter Tash supplying background vocals.

In the myths, wood nymphs are supposed to stay eternally youthful and unchanged. But Amos has defied that myth more than 14 albums, growing ever more sophisticated, staying sexy and sexual, and still playing the shit out of that harpsichord. This month, Rhino Records reissues "Little Earthquakes" and "Under the Pink." It seemed like the perfect time to travel backward with Amos through her own work and experiences. Of course, like any great artist, she wanted to look forward most of all.

In “Winter” from "Little Earthquakes," you sing, “I put my hand in my father's glove/ I run off where the drifts get deeper… I hear a voice, you must learn to stand up/ For yourself 'cause I can't always be around.” When I was in college, that song might have made me cry, feeling post-adolescently sentimental about my own dad. Now, as a mother, my emotions are even more powerful, because I think of how my daughter will grow up and away. Did you ever imagine that your songs would be able to ride generations?

My mother would say, "Until you're a mom, you won't understand love." I’d roll my eyes when I heard that, but you and I know she's right. When [I wrote] “Winter” I was imagining my father and my grandfather. Now the “film” is watching my daughter with her dad. Both of the films live when I'm performing and hearing that “Winter” now. I can't be the person I was when I wrote the [older] songs. For visual artists -- like Lucian Freud -- as they aged, their work was still valid because they were exploring different issues. As a woman getting older, having a teenage daughter forces me to be honest with where I am and what I’m experiencing. And Tash has her own take on my songs.

Pretty much the baddest thing that a girl could sing in 1991 would have been the line from “Precious Things”: "So you made me come, that doesn't make you Jesus." Were you were aware then of being revolutionary?

I didn’t think about, "Oh, what's going to happen if this gets out there?" because nothing had gotten out there yet. I hadn’t had success. It was a very different position than saying [as on “The Waitress” on "Under the Pink"], "I believe in peace, bitch," because I knew that was going to go global. When I was coming up with "Little Earthquakes" there were things that I needed to say. As an artist, you only get that time once -- before anybody has heard or seen your work.

How do you think you grew and changed between the two albums?

"Under the Pink" was a lot more difficult than "Little Earthquakes." The public validated the “woman at the piano singing” in the early nineties during grunge, so I was able to make another record. Then I had to make a choice [to become more commercial or not]. I decided to work with Eric Rosse [who’d also produced "Little Earthquakes"], and go to a remote place in the world -- Taos, New Mexico -- and try and chase the artistry. Nobody could keep tabs on us in Taos.

In the reissue’s liner notes, you explain that you recorded “Past the Mission” with Trent Reznor at the house where Sharon Tate was murdered by the Manson family. It’s such a joyous song, though.

The basic track for “Past the Mission” was recorded not far from Pueblo Nation, near Taos. I was traveling on the mesas, and seeing the Catholic influence along with the Native American culture, and how they had merged in art as well as… other things. The Trent bit was recorded at the Manson house, because he was working there already.

You couldn’t have had more of a male-female dichotomy in recording locales.

I went to see you at the Beacon Theater in New York a few months ago, and was thrilled to see how many, uh, younger people were at the show -- freaking out. You come out like Mick Jagger, not like a nice girl who played at piano bars when she was a teenager. How did you develop that straddling of the piano bench stance you do?

I started [straddling the bench] when I put a keyboard on one side and a piano on the other. It started to fascinate me -- I was used to hearing my left hand on the lower octave and my right on the upper. But [with that setup], my right hand was in the lower register, on the keyboard side, and my left hand was in the upper register, on the piano side. I experimented with what happened with that sound.

It reminds me of Joni Mitchell with her open guitar tuning. Her sound is so distinctive in part because her tuning upsets the ear a little bit, and then it makes you listen harder.

Yeah -- it was like role-playing with the keyboards and patterns changing. It pushed me as a writer.

Can I tell you what I'm doing right now? I'm producing the original-cast recording for my musical "The Light Princess" [a “feminist fairy tale,” Amos collaborated with the playwright Samuel Adamson; the show premiered at the Royal National Theatre in London in 2013]. It’s coming out in the autumn on Universal. They said, basically, "Don't dumb it down. We're not asking you to make a G-rated version. Make something you believe in." The plan is to do a production in the States, but because that will take a long time to happen, the first commercial venture is through the music world -- my world.

Do you feel like after Kate Bush’s very successful stage show in London this past year that, commercially, there might be a little bit more openness to the idea of something more unusual happening with a female artist?

It's different than with Kate in that I'm not performing in this. I'm one of the writers. We’re going to have a special digital package, with the lyrics and some photographs from the original stage production so people can follow along with the story. I'm very excited.

I have to say: My husband, who is a huge fan, wishes you would bring your harpsichord out on stage.

I’d have to have a tuner on site for live shows, but I agree! Play him "The Light Princess" and tell him we have to sit down and have a chat. I don't bite.

Elizabeth Isadora Gold’s writing about motherhood, books, music, and feminism has appeared in The New York Times, The Believer, Tin House, The Rumpus, Time Out New York, and many other publications. Her piece about her postpartum anxiety, “Meltdown in Motherland,” was featured on the New York Times Opinionator blog. She lives in Brooklyn, New York, with her husband and young daughter. The Mommy Group (Atria | March 1)-- is her first book.