"Buckle up America, because the Clintons are back!": Hillary Clinton's 2016 announcement gets the perfect "SNL" treatment 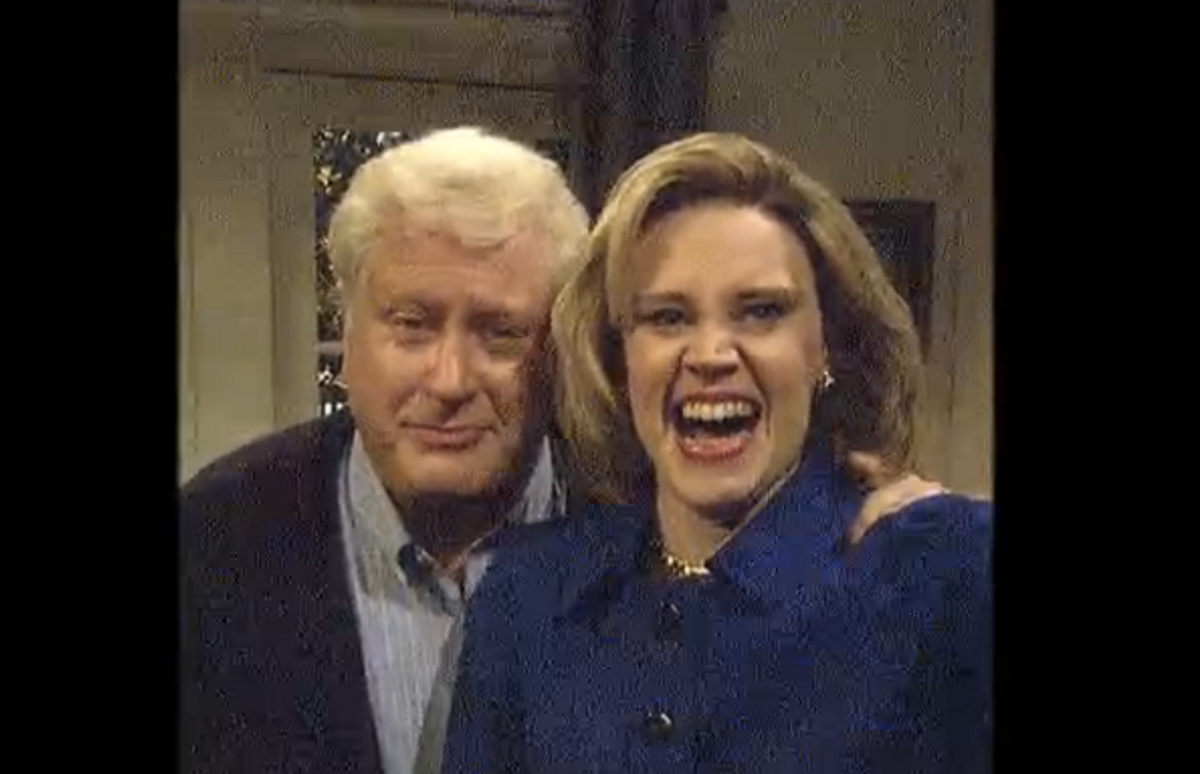 At long last, Hillary Clinton is making her 2016 candidacy official today. For those who miss Darrell Hammond on "Saturday Night Live," this is delightful news for a very different reason: More Bill!

On last night's "SNL" cold open, the imminent Hillary announcement yielded the perfect excuse for Hammond to reprise his role as Bill Clinton. This time, though, as the unhinged "First Dude" (FDOTUS?) dropping Lewinsky references while Hillary (Kate McKinnon) is trying her darndest to record the perfect video announcement for Twitter. "Isn't it crazy that phones can take video now?" Bill (Hammond) says. "I mean, if they could have done that in the '90s, I'd be in jail."

Go ahead and "hog the landline" as much as your heart desires, Bill. We missed ya.