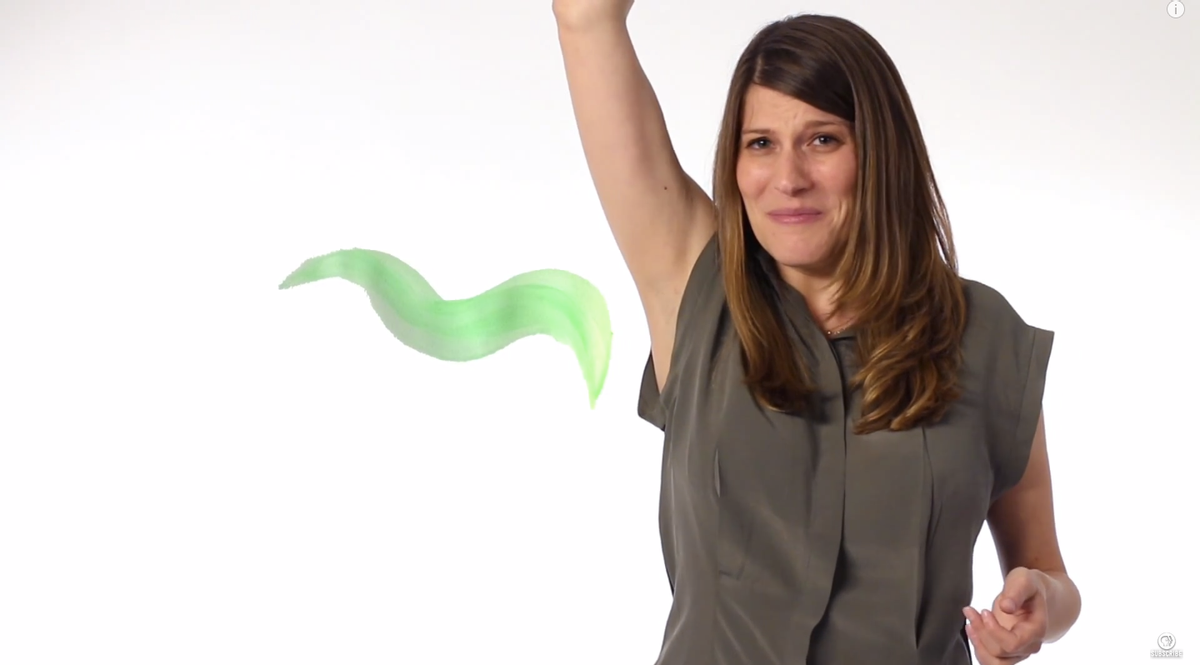 Why do certain sicknesses make you smell weird? How do sea cucumbers shoot their organs out of their butt? And are we seriously not in hell? Because there is a parasite that eats a fish's tongue and then pretends to be that tongue, and that is demonic.

"Gross Science," a new YouTube series produced by NOVA and PBS Digital Studios, will answer all of those questions and more once a week through beautifully animated short videos.

Salon spoke with Anna Rothschild, the brain behind the series (she produces, hosts, writes and animates the videos) about why she is fascinated by things that are horrible.

What is your background?

I studied biology as an undergraduate and I worked at the American Museum of Natural History, in a lab there, for a few years after college but then I went to graduate school for science journalism.

How did you some up with the idea for this series?

Well, when NOVA started thinking about doing an original series, the first thing that came to my mind was to do something on gross science for a couple reasons. The first stories that really grabbed me and drew me to science were disgusting ones; dissecting owl pellets when I was in sixth grade or playing with a slime chemistry set. Those were the first times that I really saw science as a narrative and understood it as an epic story, so that was how I first got interested in science. On top of that I used to make web videos for NOVA and I had had some success doing episodes that were about kind of gross stuff like how smart slime molds were or why you should eat insects, so I knew there was an audience out there for this kind of material.

What is the production process like? Is it true that you animate all of it?

Yeah, I animate them myself, though I do have some wonderful interns who help me. What usually happens is that I'll read a paper or talk to a scientist or something and hear a story that just really grabs me. I'll start by writing a script, and if I ever get stuck I'll just start animating one of the characters because it kind of helps me bring the story to life a little bit. Like, oh, that's the personalty! But usually I'll start by writing the script and then I'll start illustrating it afterwards. I've started to use a combination of watercolor and collage to make the animations.

How did you learn to do that?

Honestly, it was just an exercise in experimentation, like I think most of what's on the internet is. I knew I wanted to make the series... I don't know if you would call it beautiful, but at least somewhat visually pleasing because gross stuff is not going to appeal to everyone, you know? I wanted to make sure that there was something to balance the gross and give other types of people something to cling to. I'm not a visual artist at all, so I just kind of started experimenting with watercolor and collage— which weren't things I'd done since, I don't know, maybe eighth grade— and it just came together. Just as a side now, I would encourage anyone who's ever interested in doing animation to just give it a try, because— seriously— you so don't need to be a visual artist to make something if you have a vision.

When you look through journals or papers, is there something you're specifically looking for that makes a good episode? What makes something gross enough?

That's such a good question. I don't know how I decide, yeah, that's perfect. I think it needs to have a pretty good balance of gross-out factor and cool scientific content. There needs to be a lesson because otherwise, what's the point? I always want there to be some take-home message where you could, maybe if you're a weird person, talk about it at a cocktail person or, if you're a kid, bring it home and talk about it at the dinner table. There needs to be some sort of interesting science lesson that you can learn, but otherwise I don't know! I think there's some ineffable grossness that just has to hit me.

I read in the press release that you did a pilot episode of a tongue eating parasite and people loved it enough that NOVA picked it up. Why do you think people responded so well to that? Why are we so obsessed with nasty stuff?

That's also such a good question... I think part of it is because it's forbidden. We spend so much of our days just trying to not be gross even though, come on, we're basically skeletons surrounded by fluids surrounded by a membrane of skin— you know what I mean? We're doing everything we can, all day long, to just comply with social norms and etiquette and it's something we don't want to talk about but it's a guilty pleasure to be able to step into this world of gross. I think everyone has a little fascination with the grotesque. Somehow gross things which play on our baser desires just lend themselves to great stories; you have to deviate from what's expected in order to tell a great story, and gross stuff offers that element of surprise.

Do you have a favorite topic that you've done or that you're going to do?

Basically anything that has to do with parasites is my favorite thing ever. If I weren't a science journalist I would totally be a parasitologist, so I'll definitely have some good stuff about parasites coming up.

Great. Those make me super unhappy, but—

What do you want people to get out of the show?

Watch the first episode below and look out for a new one every Wednesday: