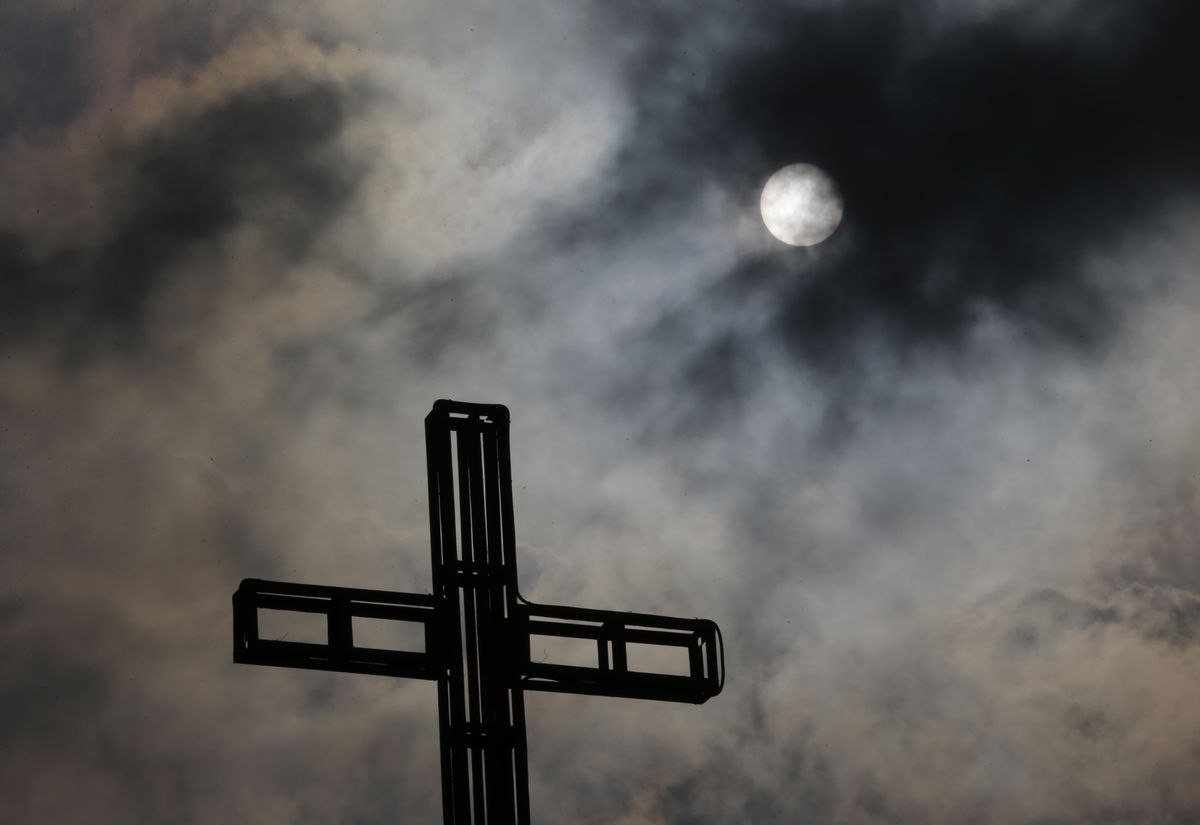 Across Asia, it was a week of Easter celebrations, family reunions and the Apple Watch's debut. Godzilla even made an appearance in Tokyo.

Darkened clouds from tropical storm Maysak made for dramatic skies over a cross on Easter Sunday in the Philippines, while not too far away people cooled off from the heat in Manila Bay, ignoring a city-imposed swimming ban due to water pollution.

A tearful Filipino mother embraced her 5-year-old son whom she had not seen since he was baby after she was repatriated from Yemen due to airstrikes there. She was one of 90 overseas workers who were brought home last week.

A customer in Hong Kong tried on an Apple Watch, which went on sale Friday, while in Canberra, Britain's Prince Harry made a funny face at a baby while greeting well-wishers after laying a wreath at the Tomb of the Unknown Soldier at the Australian War Memorial. He will end his military career with a month-long assignment Down Under.

Poor Indians walked on heaps of burning trash in Dharavi, one of the world's largest slums, in Mumbai. The World Health Organization put 13 Indian cities in the world's top 20 most polluted. Air pollution kills millions every year, including more than 627,000 in India, it said.

And in Tokyo, a towering Godzilla head was unveiled after the monster was made a special resident and tourism ambassador for the city's Shinjuku ward.