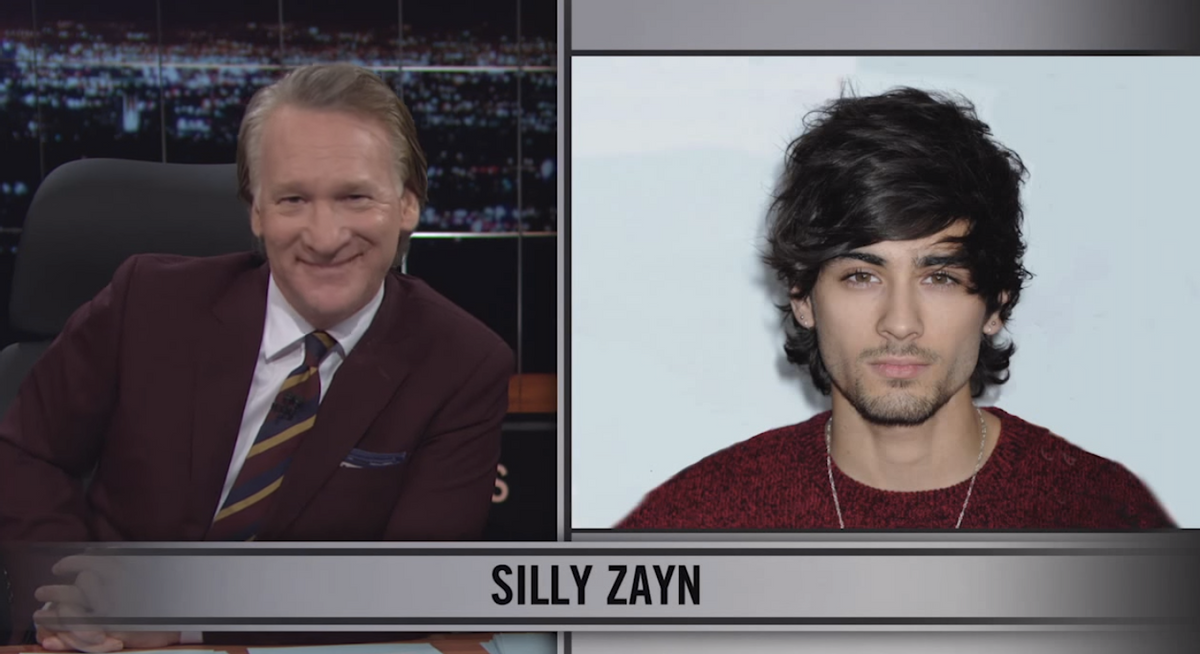 When Bill Maher compared recently departed One Direction member Zayn to the Boston bomber, he managed to provoke both Muslims and one of the biggest and loudest fandoms on the planet.

“Just tell me two things, Zayn," Maher said in the March 30 segment. "Which one in the band were you? And where were you during the Boston marathon?”

In a follow-up "Real Time" segment warmly titled "Explaining Jokes To Idiots," Maher explained his Zayn joke to the "idiots," taking aim at 12-year-old One Direction fans in the process.

“It turns out Zayn Malik is a Muslim, but neither I nor anyone on our staff knew that,” Maher said “How could we? The whole joke is I don’t know who the fuck he is! I don’t know his religion, or his birthday, or his favorite food, I don’t spend every waking hour obsessing over teenage boys like a Catholic pri—I mean, a 12-year-old girl. And by the way, if you are a 12-year-old girl you have every right to be upset, because you’re 12. But for all the respectable media outlets who covered this story when you could have spent time and space on news that needs reporting, you are not only traitors to journalism, you are in the truest sense of the word, 12-year-old girls.”

Fans didn't take lightly to this anti-apology and quickly got the hashtag #racismisNOTajoke trending worldwide. The hashtag has had some legs on it, too. Three days later, the hashtag is still going steady -- thanks, in large part, to Fareed Zakaria's hot debate with Maher which gave Maher's aggressive atheism heightened visibility this weekend.

Here are some tweets from unamused 1D stans below: