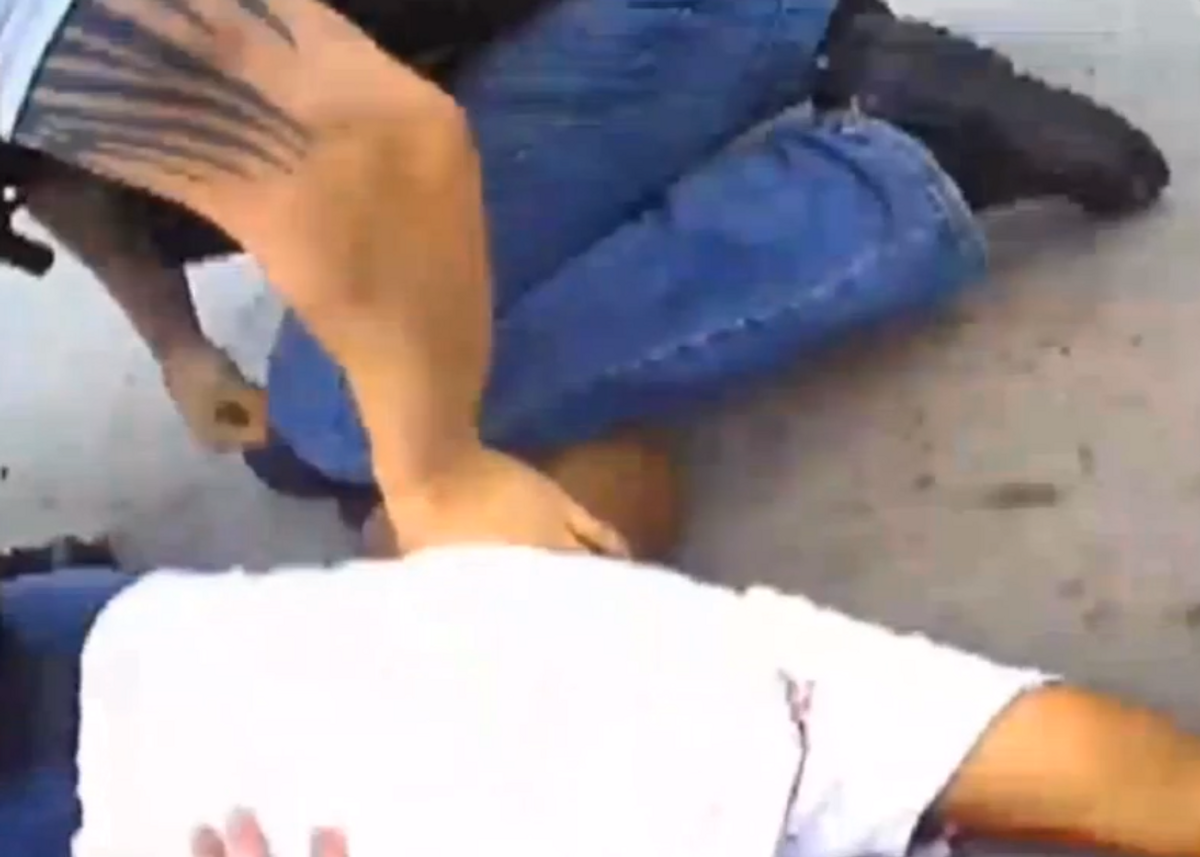 Oklahoma officials are claiming that the death of an unarmed man at the hands of a Tulsa police officer was an "accident," after the officer inadvertently shot him with a gun instead of using his Taser. Video footage of the encounter, which was released nine days after the shooting on Friday, shows officers callously responding to the man, Eric Harris, as he lay injured on the ground.

Officer Robert Bates, a reserve deputy and insurance executive, fired on Harris after the man ran from arrest for selling ammunition to undercover cops. Bates reportedly shouted "Taser" repeatedly before removing his gun, and not his Taser, from his utility belt and firing on the suspect.

“He shot me!" Harris can be heard saying as he struggle on the ground in the video. "He shot me, man. Oh, my god. I’m losing my breath."

"Fuck your breath," an officer can be heard saying in response. "Shut the fuck up!"

Another officer can be heard telling Harris he "shouldn't have fucking ran" while a deputy pins and holds him down by his neck and head. Bates, incredulous, can also be heard noting his actions.

"I shot him!" the reserve officer says, apologizing.

The Tulsa County Sheriff's Office maintained Harris was "absolutely a threat when going down" at a news conference, the New York Daily News reports, and has asserted that deputies were unaware the man was shot -- despite obvious sounds of gunfire, despite Harris saying he'd been shot, and despite Bates agreeing. Harris was pronounced dead approximately one hour after the shooting, law enforcement officials said. But, they still argue Bates' actions were accidental.

“He made an inadvertent mistake,” Sheriff’s Capt. Billy McKelvey said.

Watch the video, via New York Daily News, below: