Hillary Clinton: The first presidential candidate of the trolled 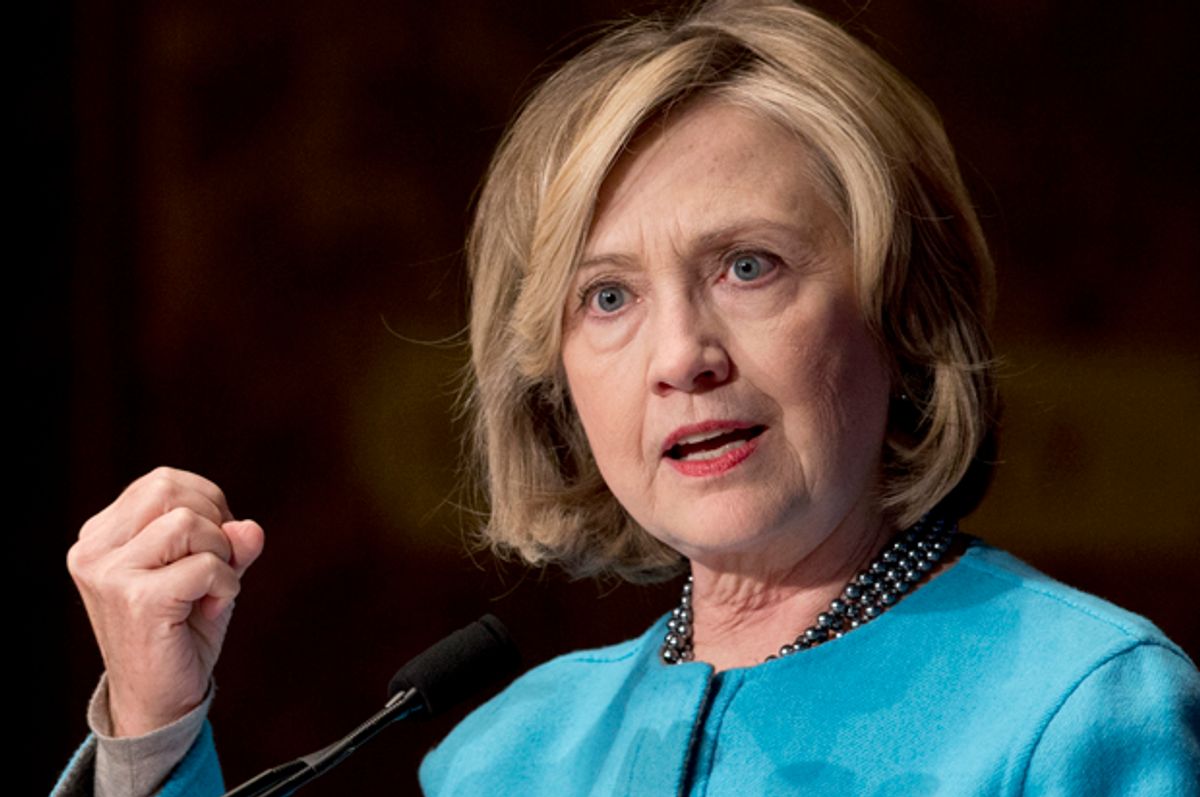 When she announced her candidacy for presidency over the past weekend, Hillary Clinton made history. Not just as, you know, the first woman in American history with a real shot at winning the White House. Not just for creating such a conspicuously ethnically diverse, clearly pro marriage equality announcement message. But along with all the other ways that Hilary Rodham Clinton's run is groundbreaking, there's this — she's easily the most trolled person ever to run for the nation's highest office. And that makes her, in that unique distinction, the quintessential early 21st century candidate.

Hillary Clinton has been trolled since before trolling even entered the common vernacular. Back in 1992, as a potential First Lady, she faced a "heady backlash" for defiantly casting herself as a successful career woman, admitting, "I suppose I could have stayed home and baked cookies." When her husband was accused, during his own presidential campaign, of infidelity, it was she who faced for a deluge of fury for saying, "I'm not sitting here, some little woman standing by my man like Tammy Wynette." She then spent eight years dodging punchlines about her headbands and scrunchies. In more recent years, through her career as a New York state senator and Secretary of State, she's endured endless and increasing commentary about how "fat and old" she apparently is. Writing in Time earlier just this month, Dr. Julie Holland helpfully described her as a "woman of a certain age" praising the fact that "Biologically speaking, postmenopausal women are ideal candidates for leadership." She has had to brush off questions about what designers she's wearing while clarifying that "My husband is not the Secretary of State, I am." And that's the tame stuff.

There are the threats, not just from bottom feeding anonymous losers but conservative pundits. There are the sites devoted to how "ugly" she is and what a bitch she is. And much like the apocryphal woman who identifies herself by what she doesn't eat, there is an entire population of voters who identify themselves by their powerful loathing of her. You can spot them by their reliable freakouts whenever the specter of her attaining the Oval Office appears.

It's not that others in the vast political arena don't get trolled too — whether you're Sarah Palin or Barack Obama, social media has unleashed an entire world of hideous and vivid commentary from really angry people with no life skills. But Hillary is special. Hillary's been putting up with this crap for decades. Whatever you think of her politics or her qualifications as a leader, you cannot ignore that she has been relentlessly targeted for a variety of reasons that have nothing to do with her politics or qualifications. Instead, she's been targeted, like millions of females who dare to have a presence and a voice in the world, for being a female with a presence and voice. She's been mocked for her looks, her age, her gender, her careerism, her accomplishments. She's been harassed and threatened, explicitly and vividly. She's been called "shrill" and much, much worse. And that gives her something in common, unfortunately, with a very large portion of the active and vocal voting population, especially the female portion of it. Think about that, trolls, and what you yourself have created here. Because believe me, we do. And it feels pretty great right now to finally have a candidate who really does feel our pain.