"My stunt double was a guy": Amy Schumer roasts herself and Judd Apatow in hilarious "MTV Movie Awards" monologue 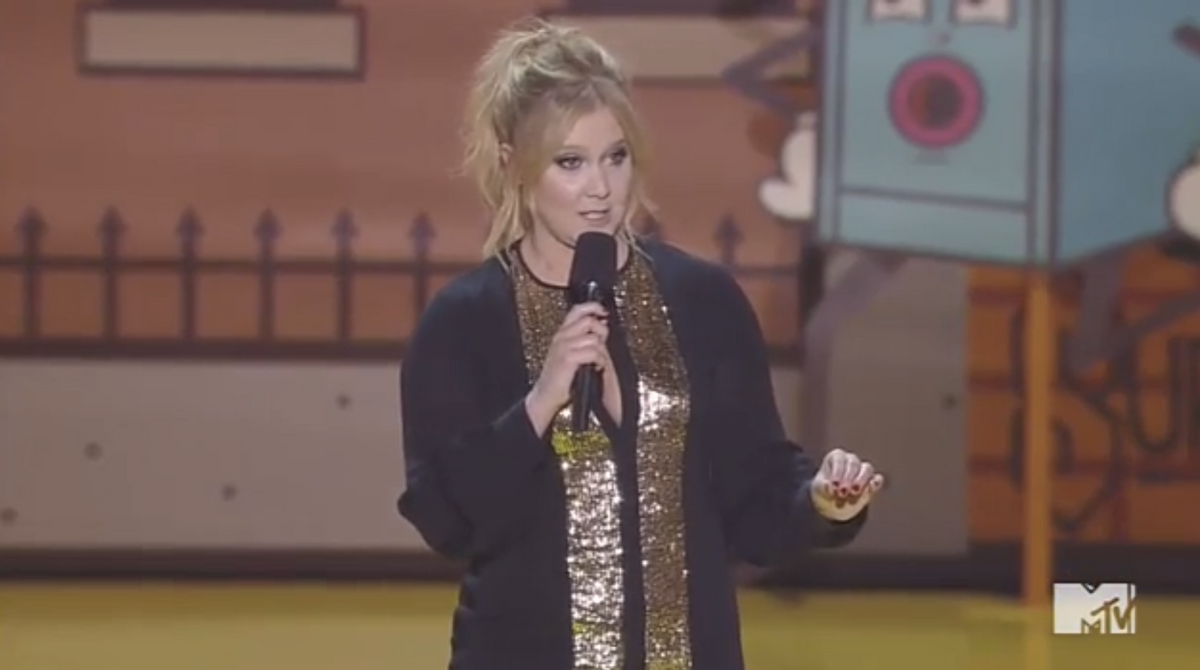 Sparing you the lofty chore of slogging through a Fall Out Boy performance and an earnest J-Lo acceptance speech for "Boy Next Door" -- as well as many, many other absurd things that are part and parcel with the teen-centric celeb spectacle -- here is all you need to know about the MTV Movie Awards last night: Amy Schumer was the show's saving grace.

No one could have been more ready, or qualified, to come toe to toe with the inevitable trainwreck. Hell, she's even starring in a movie called "Trainwreck" later this year. Schumer wasn't afraid to call the network out on its own shortcomings, either. During her opening monologue, she quipped: "I don't want the winners to worry about your speeches going too long because MTV is the one network that refuses to play music."

Schumer devoted a huge chunk of that opening monologue to roasting MTV favorite, Kevin Hart who, she joked, starred in two million movies this year. She wasn't far off in her estimation. With the day's big Hillary news Schumer couldn't resist also pouncing on the opportunity to mock #HillarysBigAnnouncement.

Watch the full opening monologue via Uproxx below: