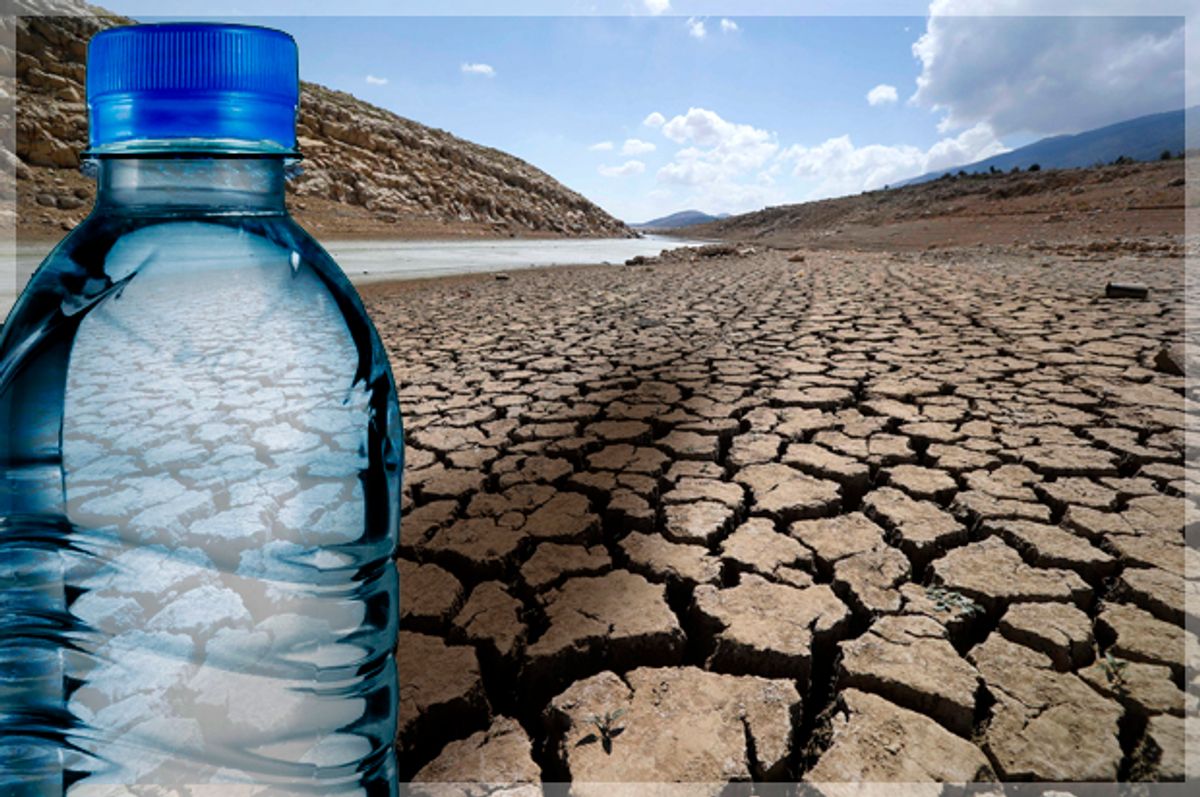 The U.S. Forest Service confirmed Friday that it's going to make looking into the expired permit allowing Nestlé to bottle water in drought-stricken California a "priority."

To say this is a long time coming is an understatement: the permit, which allows the company to transport water tapped from springs north of San Bernardino through its national forest, expired in 1988. Another, which allows the Cucamonga Valley Water District to draw water from springs in that forest -- which it in turn sells to Nestlé -- expired in 1994. But as drought conditions in California prompt a reconsideration of the water use of everyone from private citizens to the state's agriculture sector, pressure has been mounting from environmental groups and other critics, including a former Forest Service biologist, to crack down on what's seen by many as the epitome of wastefulness.

"Since this issue was raised and I became aware of how long that permit has been expired, I have made it a priority to work on this reissuance project," San Bernardino National Forest Supervisor Jody Noiron told the Desert Sun, which has spearheaded multiple investigations into the company's bottling practices.

"Now that it has been brought to my attention that the Nestlé permit has been expired for so long, on top of the drought," Noiron added, "it has gone to the top of the pile in terms of a program of work for our folks to work on."

It's unclear, though, how quickly the feds will be able to act to protect the springs in question. According to Noiron, they've reached out to the water district's managers to see if they want to renew their permits. If they do, the Forest Service will be required under the National Environmental Policy Act to initiate an environmental review -- which could take anywhere from 18 months to two years.

It's possible, she added, that officials could impose some sort of "interim conditions" in the meantime, given the severity of the drought. Steve Loe, that former biologist with the Forest Service, thinks the company should be forced to stop bottling immediately; Nestlé, meanwhile, told the Desert Sun that it's carefully monitoring its water usage and isn't causing any harm to the springs.

Even if the company were to lose these permits, it still has plenty of other operations throughout the state; one of the largest plants is located on sovereign territory -- Nestlé's contract with the Morongo Band of Cahuila Mission Indians allows it to evade federal oversight. Bottling water pulled from a desert and shipping it out of state was always a questionable enterprise. With the need to conserve more pressing than ever, it's downright outrageous.