"Guys can tell if a girl's taking collagen or not!" 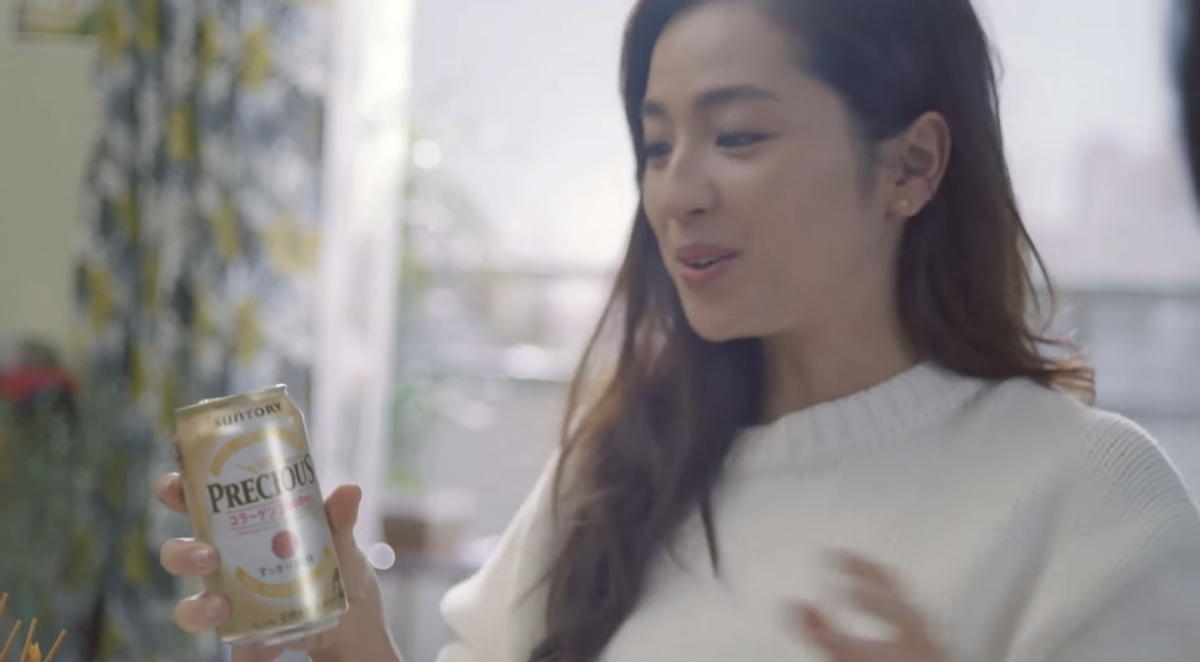 You have heard of collagen, yes? The filler they pump into ladies' lips to make them look like little pink balloon animal balloons? Well, the protein found in connective tissues is also put into a lot of cosmetics because it has been found to make one's skin look firmer and plumper.

Now, a Japanese brewery called Suntory has put the animal product into a beer targeted specifically at women.

The new drink is called 'Precious,' and it contains two grams of collagen per can. It also has five percent alcohol. The official commercial for the product, which primarily targets a female audience, features model Anne Nakamura and comedian Ken Watanabe, who claims, "Guys can tell if a girl's taking collagen or not!"

The thing is, drinking collagen doesn't do anything to your skin. "Your body will break it down and use it for energy," said cosmetic dermatologist Katie Rodan, MD in an interview with Prevention. "Digestive enzymes are powerful, so the collagen won't be absorbed into your bloodstream, meaning they won't make it to your skin."

Also, people so concerned with their own beauty that they want to drink animal connective tissue probably shouldn't be drinking beer which is basically empty calories. Just advice from Joanna, Queen of Beauty Tips.