Badass chimp whacks drone out of the air

"We were flabbergasted -- it shows, once again, just what intelligent animals they are" 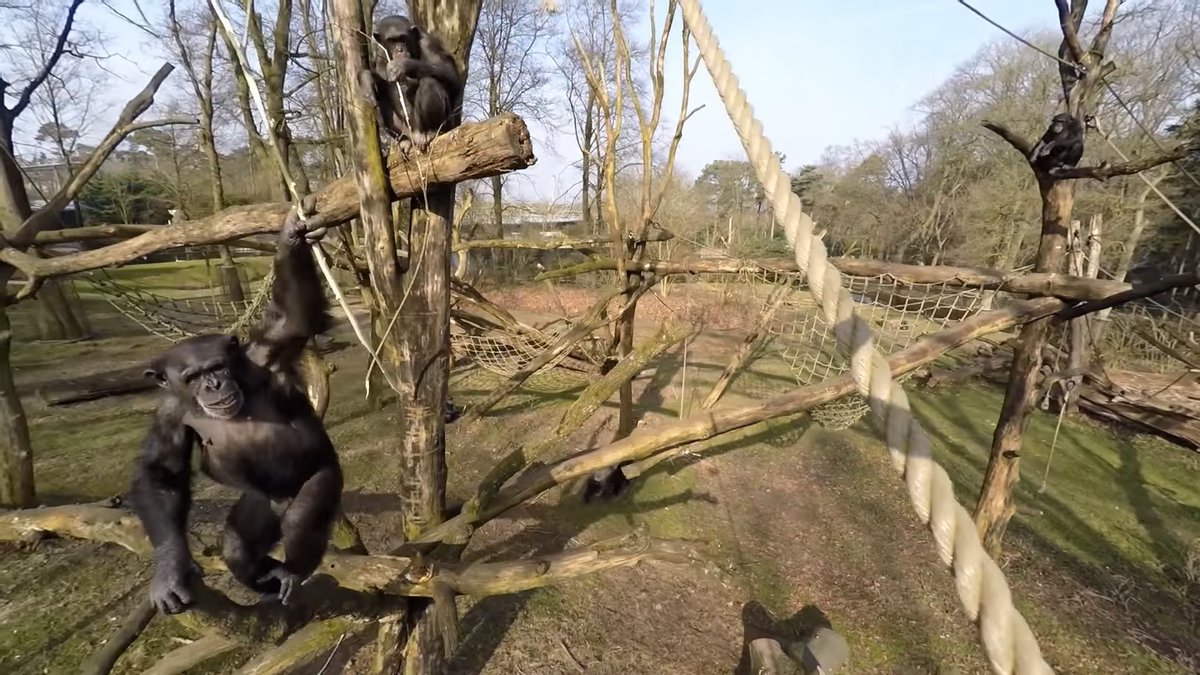 How would you like it if your asshole neighbor flew a camera on a stick into your bedroom? You wouldn't right? You would maybe go punch his face, right? Well, chimpanzees seem not to like it either. The Royal Burgers' Zoo in the Netherlands recently released footage of Tushi, a 23-year-old chimpanzee whacking a drone out of the air with a big branch and then examining the flying object before getting bored and walking away.

"We were flabbergasted," said the zoo's spokesperson Bas Lukkenaar. "It shows, once again, just what intelligent animals they are."

Tushi’s behavior might look like an act of aggression, but the chimp was probably just curious, says Susana Carvalho, a primatologist and archaeologist who has studied chimpanzees in Guinea.

Carvalho, a National Geographic grantee, says that the music in the video drowns out Tushi’s vocalizations, making it hard to tell whether she was afraid, but suggests the chimpanzee wouldn’t have approached the drone if she feared it.

“I see this as curiosity and exploration,” says Carvalho. “She didn’t know what the drone was, it was flying low and she could reach it—so she did.”

"We can write the drone off," Lukkenaar said. "It cost about 2,000 euros. Then again, it doesn't surprise that Tushi did this. She is very handy with sticks."