Bill O'Reilly's insane persecution fantasy: Hillary is the frontrunner because it's "open season" on white men

White guys have it so hard! 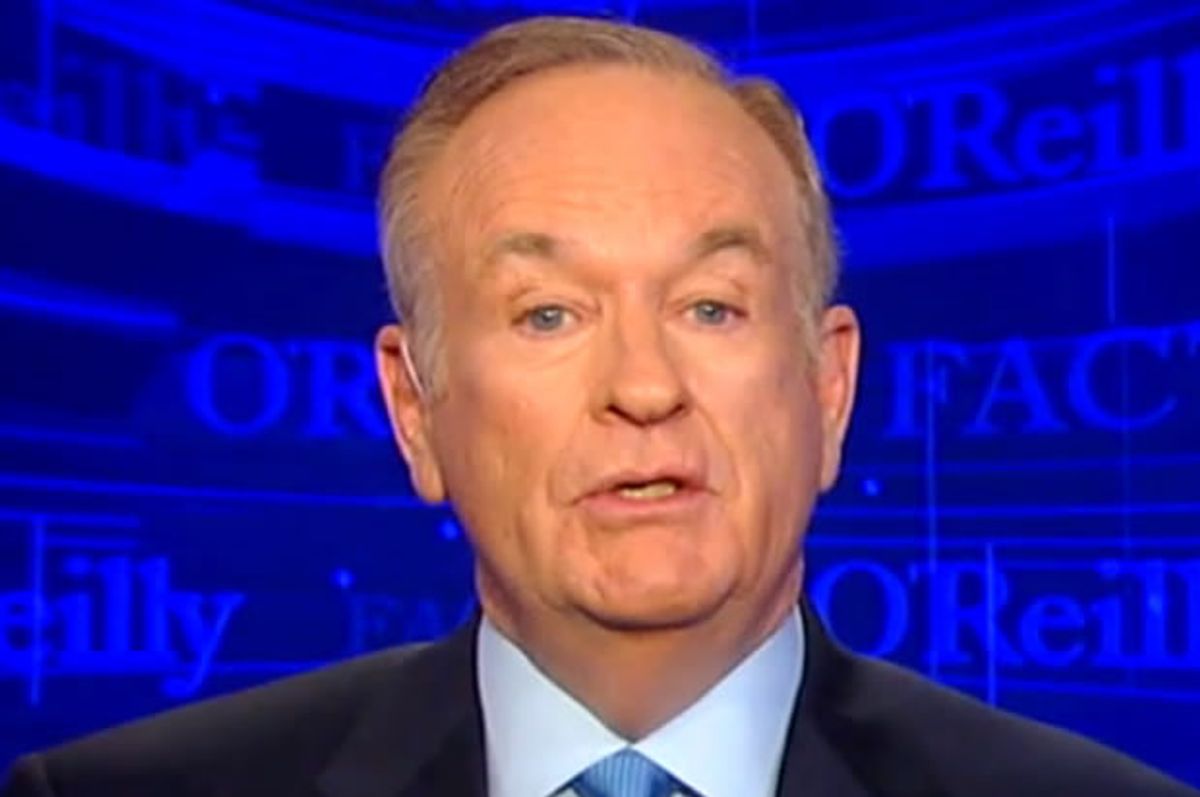 On last night's episode of "The O'Reilly Factor," host Bill O'Reilly informed his viewers of two things "the world already knew" -- that Hillary Clinton is running for president and that O'Reilly believes there's a war on white Christian men in America.

What's unusual is how O'Reilly decided to link these two known quantities -- by claiming that Hillary will run a campaign to undermine "traditional American values."

"If you are a Christian or a white man in the USA. it's open season on you," he said. "Therefore, Hillary Clinton has an advantage. She can run a general campaign -- first woman in the White House, and I'm going to help you by increasing the entitlement society. It will take a very articulate and tough-minded Republican to defeat her."

O'Reilly seemed to suggest that any attempt to by Clinton to emphasize her gender would put her odds with values voters who don't believe "gender matters one bit." He then promised that, so long as "the 'war-on-woman' business is [not] resurrected," his show would treat the former Secretary of State with the respect she deserves.

However, he concluded, if she "embrace[s] the smear merchants" -- he singles out progressive website Media Matters as being foremost among them -- then he "will have something to say about."

Watch the entire clip from Monday's "O'Reilly Factor" below via Fox News.

While O'Reilly was mostly concerned with a metaphorical "open season" on white Christian males, Georgia Democrat Hank Johnson took to the House floor to remind Congress that it seems like there is an actual "open season on black men."

"I'm outraged," he said. "In fact, all Americans are at risk when bad actors in law enforcement use their guns instead of their heads. Despite bipartisan nationwide calls for action, and despite my bills to reform the broken grand jury process, and despite my colleagues’ bills to encourage body camera but this Congress does nothing."

Watch the Georgia representative's entire comment below via Roll Call.