EXCLUSIVE: Sarah Silverman apologizes for wage gap anecdote: "Feel free to aim your vitriol at me but leave this issue of working women out of it, k?"

Recently, Sarah Silverman came under fire for an anecdote she shared about her experience with the wage gap 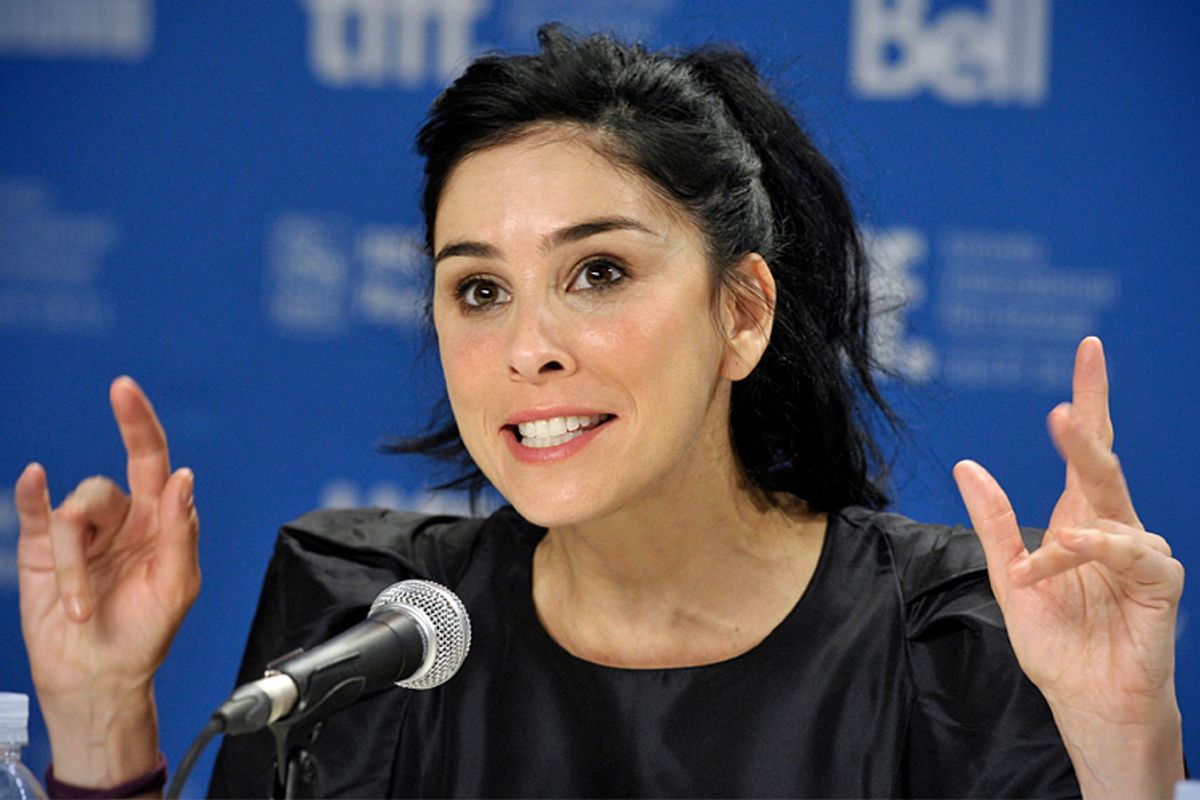 Recently, Sarah Silverman came under fire for a video she released discussing her experiences with the wage gap, which included an anecdote about once getting paid less money for a set at the New York Comedy Club than her friend Todd Barry, despite having identical slots.

Former club owner Al Martin, meanwhile, lashed back, saying that Silverman got paid less not because she was a woman, but because she wasn’t booked to perform that night.

“I did not pay you less cause of gender …..I paid you less because Todd Barry was booked and you weren’t,” wrote Martin on the Facebook page for the Broadway Comedy Club, which he currently owns. “It was a GUEST SPOT, so I gave you some car fare, which actually is more than almost any club would have given for a GUEST Spot…Funny how in your attempt to become a super hero with a noble cause, you forgot that little fact.”

Now, Silverman has released a statement exclusively to Salon, apologizing for mentioning Martin by name over what was “HARDLY an example of the wage gap,” and asking that “maniacs” avoid “using this [example as] a chit against women's issues.” Of course, the wage gap is a real and pervasive issue that affects women across all industries -- even if Silverman's story was a flawed example of it -- and her statement suggests that this sort of quibbling back and forth about one anecdote risks diluting the important message underneath. Here's her full statement:

Oh goodness.  All I can say is I remember that story exactly how I said it. I know that Todd called the club earlier in the day to let them know I was in town if they wanted me to do a set.  They put me up for a 15 min spot just after Todd's 15 min spot. I didn't expect to get paid, that's not why I was there, but when I got off stage Al, the sweet club owner, paid me 10 bucks and I signed the payment sheet. I was like, oh, nice.  I inferred from that that this was a paid spot not a guest spot.  Either way I would have been fine.  Then when Todd pointed out that he received 60 dollars for the same spot I went back inside and asked Al why Todd got sixty dollars and I got ten. That's when he certainly could have said "Because it was a guest spot, Sarah.  I was just being super nice and gave you ten dollars for cab money." But instead, (and I will always remember this exactly how he said it because it was unbelievably hilarious) he said, "Oh- did you want a $60 spot?”

My regret is that I mentioned Al by name- it should have been a nameless, faceless anecdote and he has always been lovely to me.

This is also HARDLY an example of the wage gap and can only do that very true reality a terrible disservice if I were trying to make it one.  When I was interviewed by Levo, they asked me "Do you remember a time you were paid less for the same job" and this story, being just that, popped into my head.   To Al, I truly am sorry to bring you into this as you employ women and pay them the same as the men I'm sure.  To the maniacs who want to use this as a chit against women's issues, I ask that you please don't.  Because that would be super shitty. Feel free to aim your vitriol at me but leave this issue of working women out of it, K?