Someone is selling "I'd Bottom for Hillary" t-shirts

Why does this feel as inevitable as her candidacy? 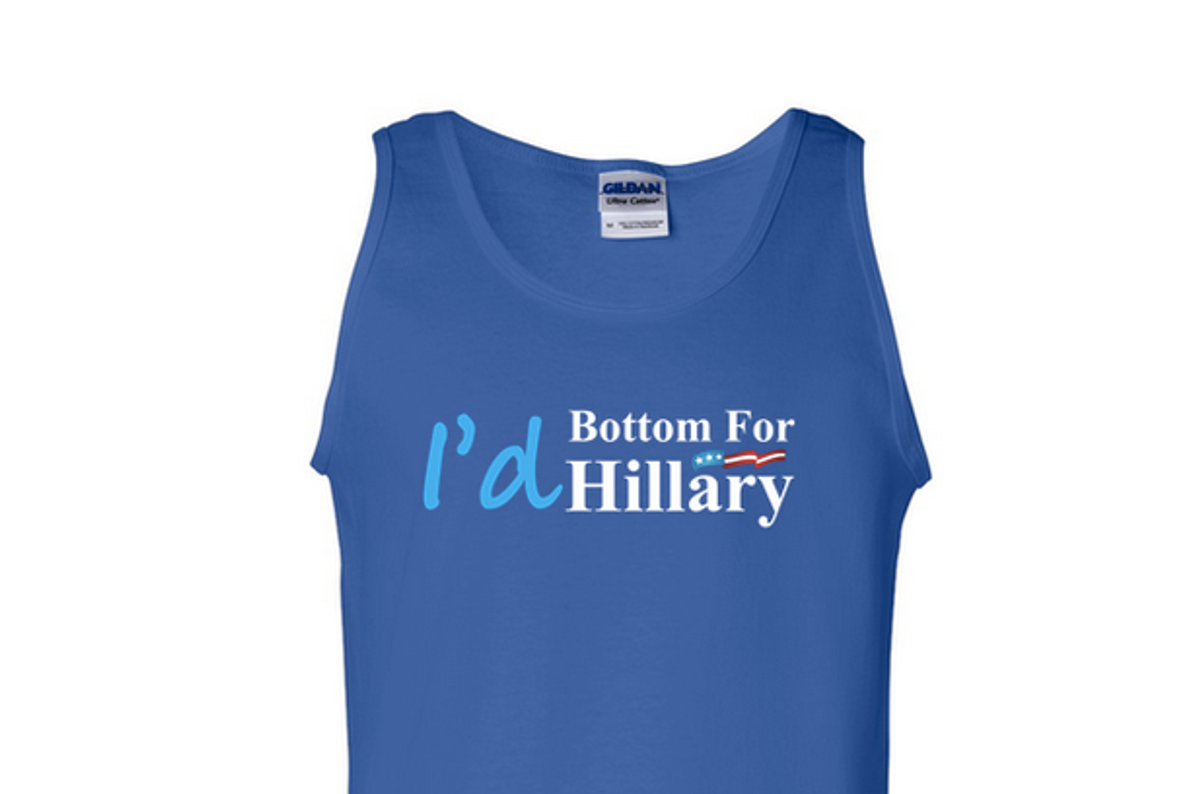 Well, something about this feels, weirdly, as inevitable as Hillary Clinton's bid for president: One of her campaign supporters has already launched a line of "I'd Bottom for Hillary" t-shirts. The gesture is entirely complimentary.

The 23-year-old Bottom for Hillary founder, identified only as Ryan, told Fusion he knows the message might seem lighthearted, but it's actually meant to get people politically engaged in a substantive way:

“With bottoming, there’s a lot that goes into it,” Ryan said in a phone interview late Sunday. “A lot of homosexuals understand the concept. Bottoming for someone takes a lot of trust and understanding.”

“A lot Republicans follow the Instagram handle, and they think it’s satire,” Ryan said. But it’s by no means satire. “It really is a compliment to Hillary,” he said.

Ryan said bottoming also requires hope, trust, and experience. “That’s kind of the same relationship that a lot of people have with Hillary Clinton.”

Between the Instagram handle, the website and wearing the shirts around San Francisco, Ryan says he's already started selling swag without paying anything for marketing. The majority of his customers so far are men, but there's also interest from women.

When asked whether he took issue with Hillary's "evolution" on marriage equality and LGBT rights, the Bottom entrepreneur told BuzzFeed he doesn't find her views -- or their change over time -- particularly troublesome, or out of the ordinary.

"It is rare to find a politician that has been in favor of same-sex marriage since the start of his or her career," Ryan said. "Even Barack Obama was publicly against it until 2012. The bottom line (no pun intended) is that Hillary supports it now. And as long as she’s fighting for LGBT rights, I’ll be happy!"

And, indeed, the former secretary of state included two same-sex couples in her campaign announcement video, which was released on Sunday. One of the couples has invited Clinton to their wedding, though it's yet unclear if the candidate will attend.