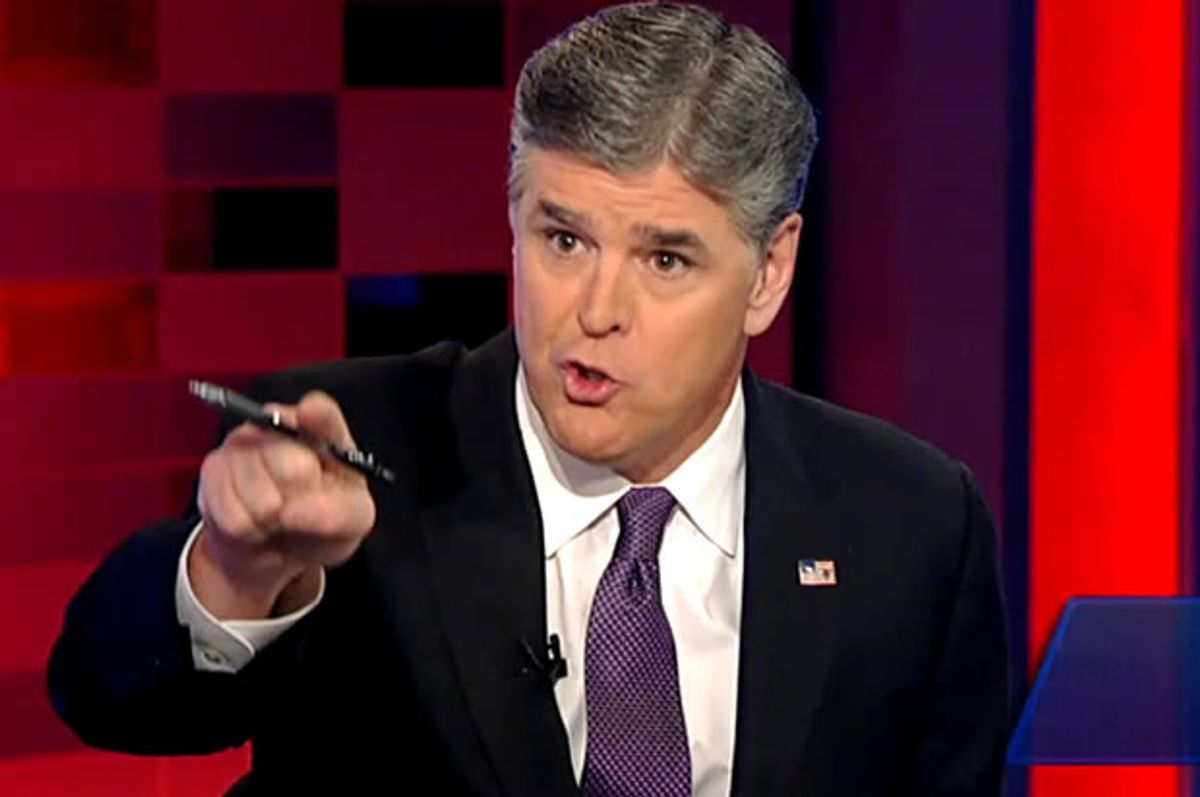 Last night, Sean Hannity and his panelists blamed "The Daily Show" and its "despicable" host, Jon Stewart, for the gang rape of a woman in Panama City during Spring Break.

Hannity noted that this rape occurred in the same city where he and his crew produced their salacious report on the dangers of Spring Break, and one of his guests, "Vice" co-founder Gavin McInness, used this as a springboard to attack Stewart.

"You have that smug cretin -- that despicable Jon Stewart -- literally touching his eyebrows and saying, 'What's the worst that can happen Hall Monitor Sean Hannity? She's going to blow out her left butt cheek twerking?'"

While Stewart and his viewers laughed, McInness insisted, Hannity and his like-minded ideologues were shouting, "No, we were there! This is a different Spring Break! But they keep cracking jokes like they're at some sort of a 'rape roast.'"

Hannity then interjected and said, with what seemed like reportorial pride, that not only did this gang rape happen during his show's on-scene coverage, but that seven people were shot the last day "Hannity" was in Panama City.

"This is just the location we went to!" Hannity shouted.

Bo Dietl, a former NYPD officer and "Hannity" regular, added that the panel was only discussing crimes that were reported, and that "there's doezens, if not hundreds" that aren't. "I’m disgusted with Jon Stewart talking like that. What if it was his daughter? He wouldn’t be talking so smug -- the smug-a-tacious punk."

"Jon Stewart and all these smug liberals who were laughing the whole time are the same as the bystanders [in the Panama City gang rape video] who walked by," McInnes added. “They have the same blood on their hands. They made jokes about rape, and they’re not funny."

Watch the conversation from "Hannity" below via Fox News.