Jon Stewart mocks media freakout over Hillary's Chipotle visit: "How many f**king napkins did she take?"

Based on the media's coverage of Clinton's Chipotle visit, Stewart concluded it's going to be a long election 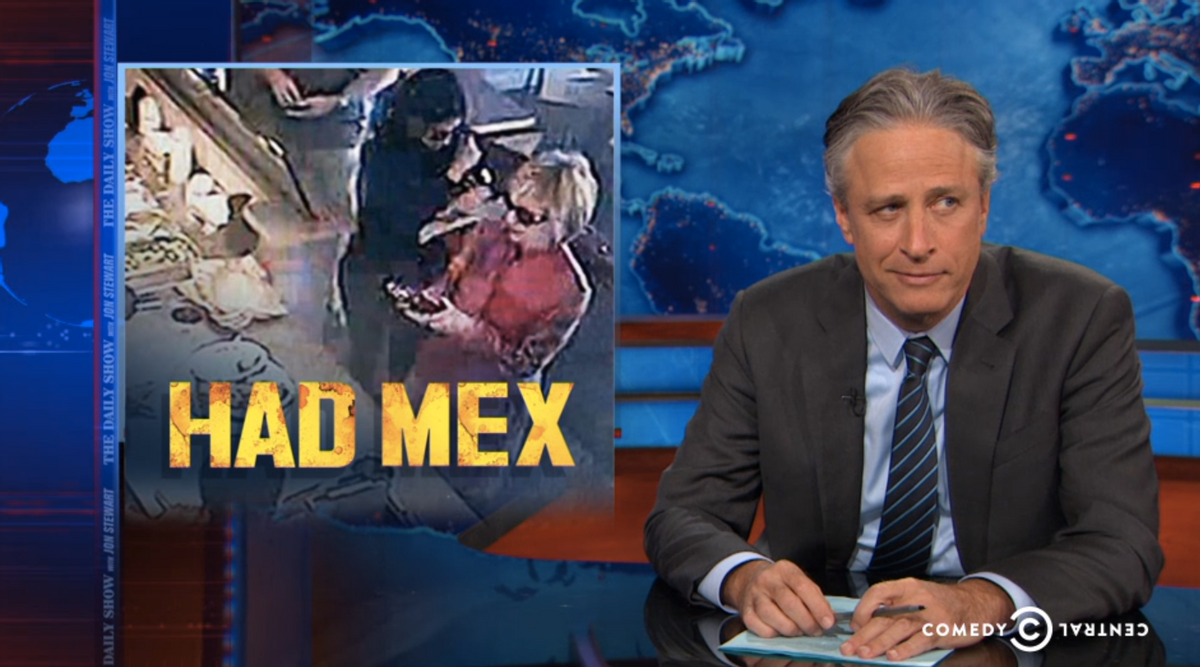 The Internet was abuzz yesterday after Hillary Clinton decided to grab a bite to eat at Chipotle. What kind of beans did she put in her burrito bowl? Did she splurge on the extra guac? She went for the iced tea, right? And what size?

Jon Stewart weighed in on the media frenzy on last night's "Daily Show" and added: "How many f**king napkins did she take?" Stewart also pointed out what a grave oversight it was for Marco Rubio to have not considered that Hillary might also eat lunch on the same day as his presidential announcement. “How could Rubio have known that on the exact same day he was launching his candidacy, Hillary Clinton would eat lunch?” Stewart asked.

Meanwhile, the Fox News team was busy hammering Clinton for her "unrelatable" approach to campaigning ("Was this the best way to connect -- with a chicken burrito bowl?") and her utter "lack of transparency" ("It's hard to be transparent behind those big sunglasses!").

Watch the clip below :