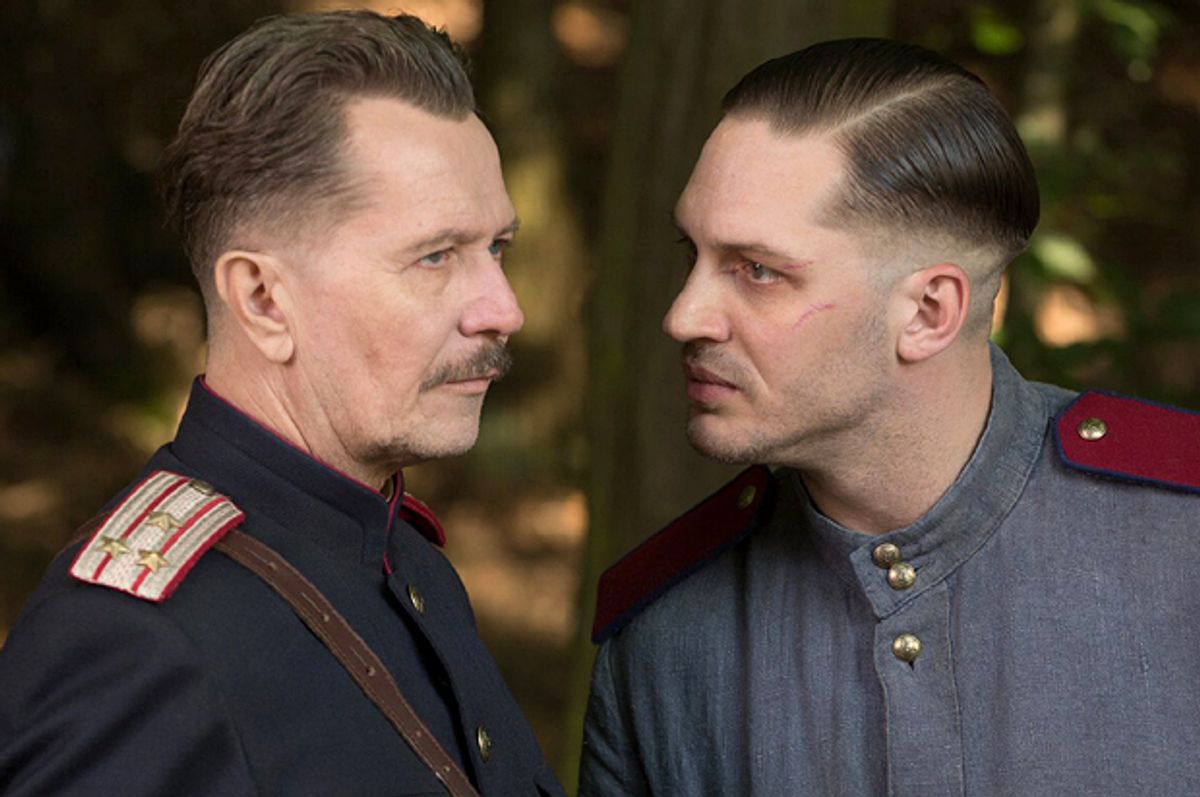 Yahoo! News reports that Russia has banned Daniel Espinosa's new thriller , “Child 44,” starring Tom Hardy and Gary Oldman, about an investigator (Hardy) pursuing a serial killer in the post WW2 Soviet Union, because it "distorts history." Within the film, Hardy finds his efforts impeded by Soviet officials, who refuse to acknowledge these sorts of crimes could be taking place in their country.

Culture minister Vladimir Medinsky criticized the film for "distortion of historical facts and the idiosyncratic treatment of events before, during and after” the Second World War.

"Films such as "Child 44'" should not go out in our country on mass release, earning money from our cinema audiences, not in the year of the 70th anniversary of victory, not ever,” said Medinsky. The release of the film would have coincided with festivities celebrating the Soviet Union's victory over the Nazis in World War II.

"We consider it's important in the future to increase state control over distribution of films that have a socially significant context,” said Pavel Stepanov, the head of Central Partnership, the film’s Russian distributors.

Russia has been increasingly moving towards censorship of films that are seen to depict the country in a negative light. Recently, a controversy erupted around Russian Oscar nominee “Leviathan,” which garnered intense criticism within the country for its perceived anti-government sentiment, while a Siberian opera house director was fired for controversial depictions of Jesus in the Wagner opera he was staging. However, according to Yahoo! News, “the move to effectively ban a major mainstream Hollywood film just a day before it was due to premiere [would be] unprecedented."