The zones could be bigger, but an anti-street harassment campaign in New York and Philadelphia has the right idea 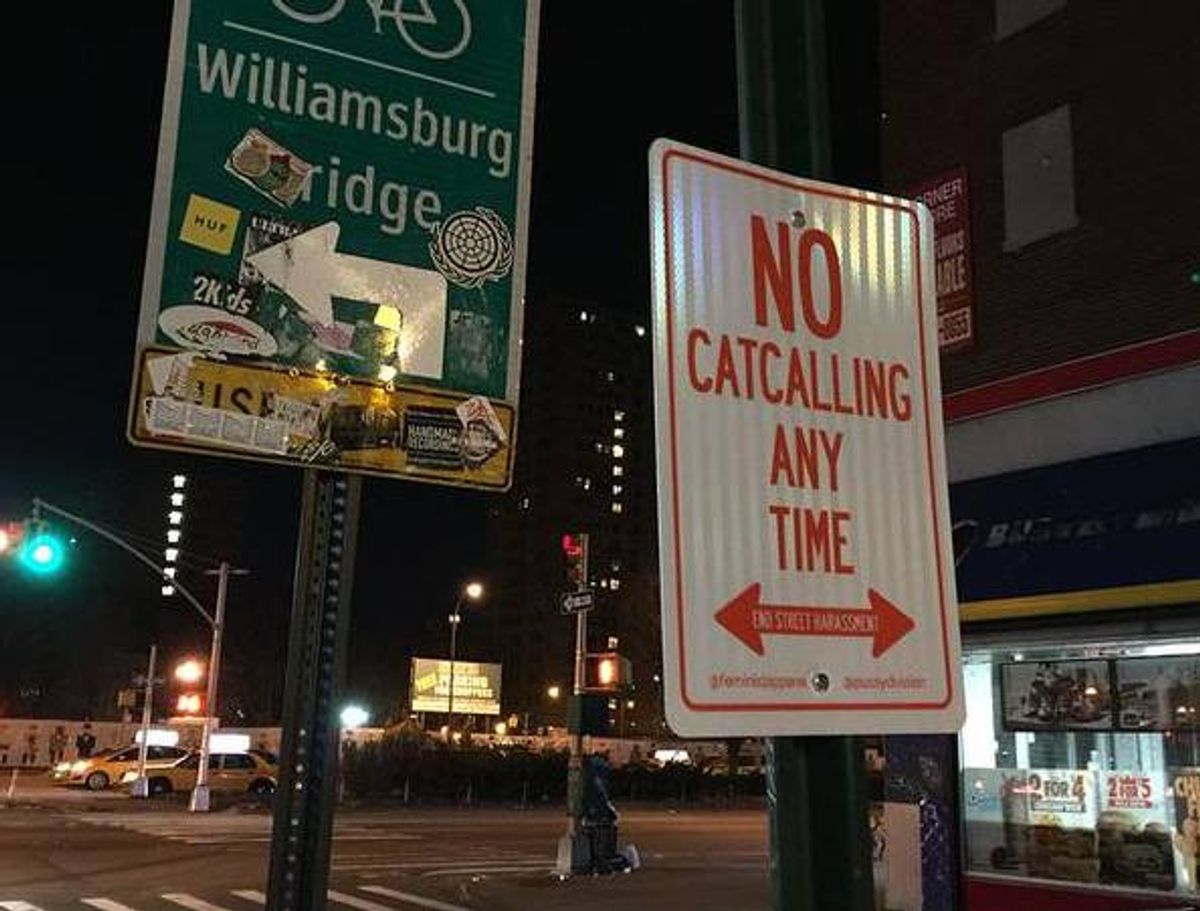 I'm going to assume that the people behind an inventive new anti-street harassment campaign in New York and Philadelphia would prefer if the whole world were off-limits to catcalling, but that shouldn't diminish their creative effort to enforce "No Catcalling Zones" around both cities.

In honor of anti-street harassment week, two activist groups -- New York-based Feminist Apparel and Philadelphia-based Pussy Division -- have posted brilliantly discreet signs in different urban areas to remind the public that no, it is not nice or particularly effective to shout lewd things at women in public spaces, in hopes of somehow attracting them (or whatever the goal is).

The "No Catcalling Zone" signs closely resemble an average parking sign, but they're more fun. In addition to telling passerby to "end street harassment," some of the signs include an image of a cat shooting laser beams out of its eyes -- so watch out, cat-callers, lest you get burned.

Here's the first activist campaign we've been able to fund through your t-shirt purchases! #catsagainstcatcalls pic.twitter.com/fwO7LmYsP2

According to Brokelyn, Feminist Apparel has posted approximately 50 signs around Manhattan and near Brooklyn's Barclays Center and Prospect Park, but there are still more to come. As a member of Pussy Division told ANIMAL New York, the groups plan to have "No Catcalling Zones" set up in every New York borough by the end of the week.