The Democrat Party, he said, has done more for him in past 20 years than GOP. 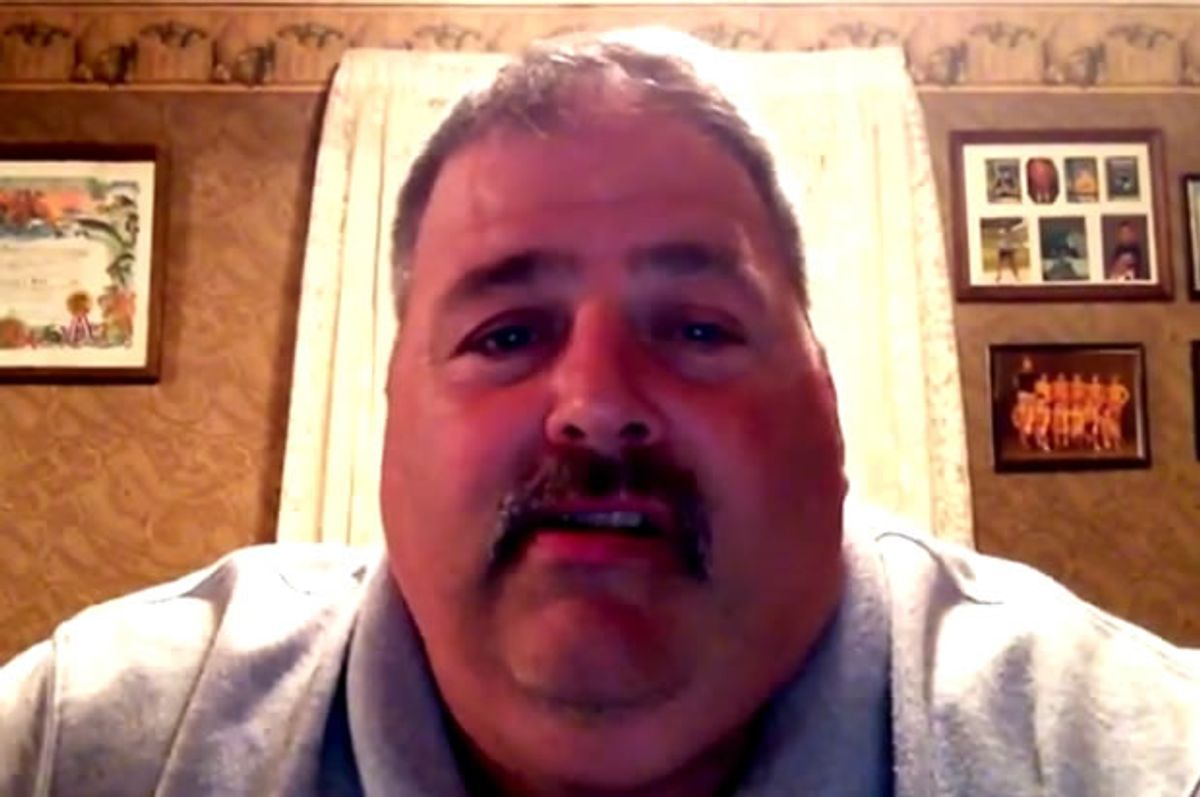 A self-professed "Commie-hating, Obama-hating, lead-spraying" Tea Partier named James Webb took to YouTube on Monday to announce that he is seriously considering voting for Hillary Clinton in the 2016 presidential election because he's afraid that a Republican might repeal the Affordable Care Act (ACA).

Seemingly aware that his confession might be understood as hoax by conservatives and liberals alike, Webb presented his dilemma with a pained sincerity, saying that "I'm kind of having a difficult decision -- I don't know which party to vote for."

The problem, Webb said, is that the ACA -- or "Obamacare," as its critics dubbed it -- allowed him to retire at 50 years old instead of 65, and that his retirement has afforded him the opportunity to make the lifestyle choices necessary for him to survive, which include access to regular medical care and a subsidized health club membership.

"It's some kind of healthy lifestyle plan," he said. "I'm trying to work out and exercise a little bit and lose some weight because I'm retired now. I got all kinds of time to go to the gym, swim, lift a little weights, do a little walking, run track."

Without the ACA, he would have had to continue to work until he was 65 years old and Medicare kicked in. He complained that Republicans have done nothing for him in the last 15 or 20 years, whereas "the Democrat Party" has.

The Republican Party they ain't done nothing for me, man. Nothing," Webb said. "So I'm leaning toward voting for Hillary, unless something major comes up. I don't trust the Republicans anymore. They're wanting to repeal the Obamacare."

"I don't want them to do that, because then I'll have to go to work again."

Although Webb might seem too good to be true, a liberal's conception of what a hypocritical Tea Party conservative might sound like, a number of his other videos (which date back six years) are directly in line with far-right ideology, including this one on the Ferguson protesters, another on the presence of homosexuality on "The Walking Dead," and a vast collection of gun reviews.