Funny or Die engineered the viral stunt, because you needed another reason to trust nothing on the Internet 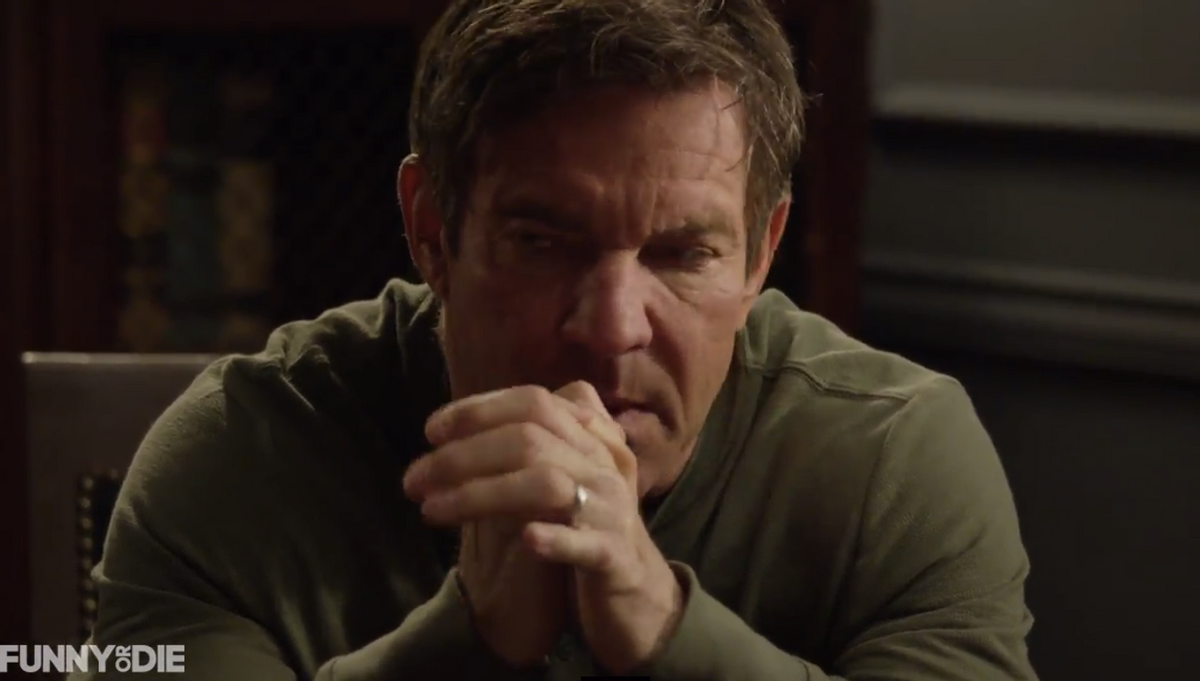 Just as we all suspected, that Dennis Quaid meltdown video was absolutely fake. But, surprisingly, it wasn't Jimmy Kimmel behind the viral stunt this time -- it was, instead, the pranksters over at Funny or Die.

Footage of Quaid's completely engineered on-set meltdown which featured instant-classic one-liners like "Don't f**king 'Dennis' me" and "Dopey the Dick" -- went viral Tuesday. It seemed to have Kimmel's name written all over it -- but, nope! Kimmel addressed these fake accusations on "Jimmy Kimmel Live" Tuesday night, declaring that the media had it all wrong.

Less than a day later, Funny or Die has uploaded a video which confirms that the Late Night Host Who Cried Wolf was actually telling the truth. In it, the team pulls  back the curtain to reveal that they were pulling the strings of the expletive-spouting actor the whole time. Because you needed another reason to never believe anything you see on the Internet.

Dennis Quaid's On-Set Freak Out: The Full Video from Funny Or Die