Not one of these TV spots seemed hilarious at the time 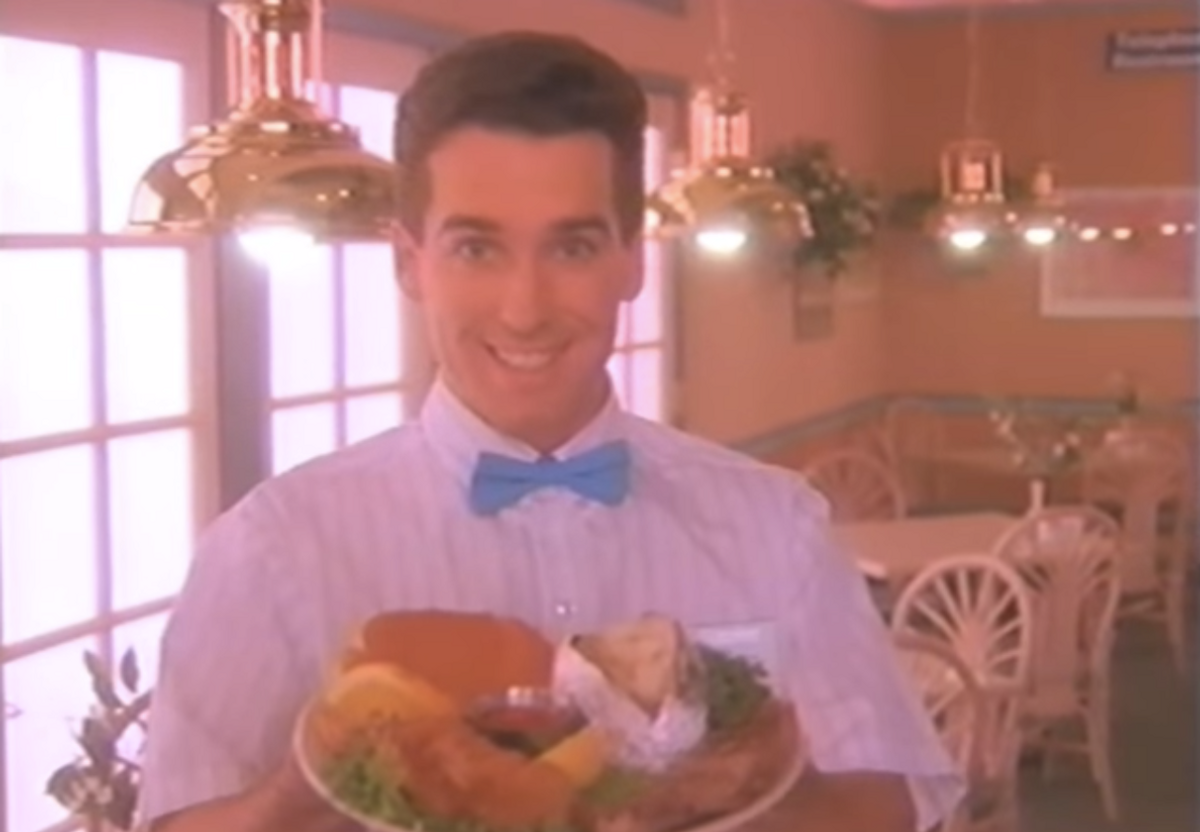 Earlier this week, Reddit users brought a glorious 1991 Sizzler promotional ad back from the dead. It featured a dog catching a frisbee mid-air, construction workers smiling and a sailor sharing a Hallmark moment with his granddaughter. Also, food. That was somewhere in there.

The '90s were a truly different time, as evidenced by the meandering, corny narratives that were baked into each and every chain-restaurant's commercials. Commercials were always about much, much more than just the food. Like, for example, most seemed to contain the subtext that you'd gain "patriot" points by eating at their totally American establishment. Could a business that didn't somehow conflate its food with American patriotism really be trusted? Hmm.

To appease your appetite for some '90s camp, below we've rounded up several other top-notch restaurant commercials that have come out of that decade. Prepare yourself for oversized sweaters, spontaneous campfire sing-alongs and enough wide-grinning to sustain you for a lifetime.