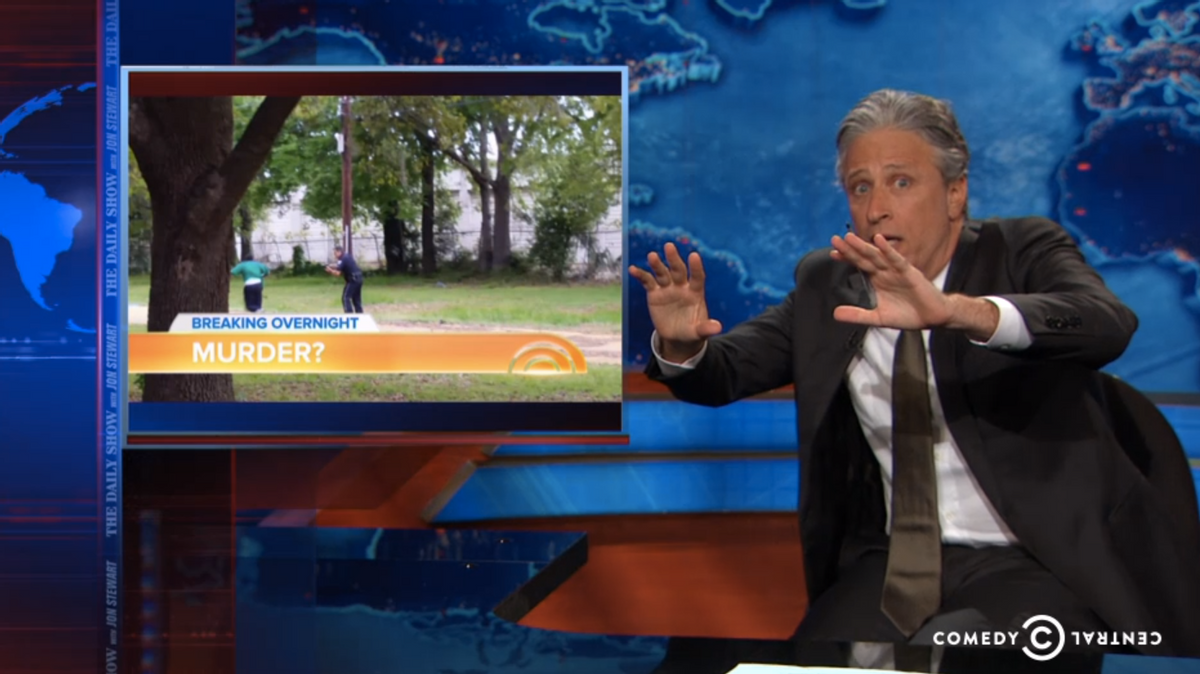 Jon Stewart had some more cable-news damage control to take care of on yesterday's "Daily Show," following up on Tuesday's segment which tackled the senseless media frenzy around Hillary's Chipotle visit. As Stewart pointed out, the 24-hour news networks have been abusing their visual medium, not just by forcing viewers to endure a looped image of reporters flocking to Clinton's van for no compelling reason but -- far worse -- doing the same with footage of actual death.

Tearing into CNN and other news networks, Stewart examined how footage of Eric Garner has been used like a GIF in a BuzzFeed post -- in turn, stripping him of his humanity.

“They end up just running as background wallpaper in your discussion,” he said. “Sometimes, it’s the whole f*cking wall. It’s been happening for months now. News shows were looping the Eric Garner choking footage like it was a gif on a BuzzFeed list.”

Stewart, went on to explain when it might be appropriate to show such footage: "Look I get it. Television is a visual medium and you're used to jazzing up stories with exciting footage. But that's not OK to do with actual death. You can show the footage to educate people. You can show it to analyze what happened for further context of insight."