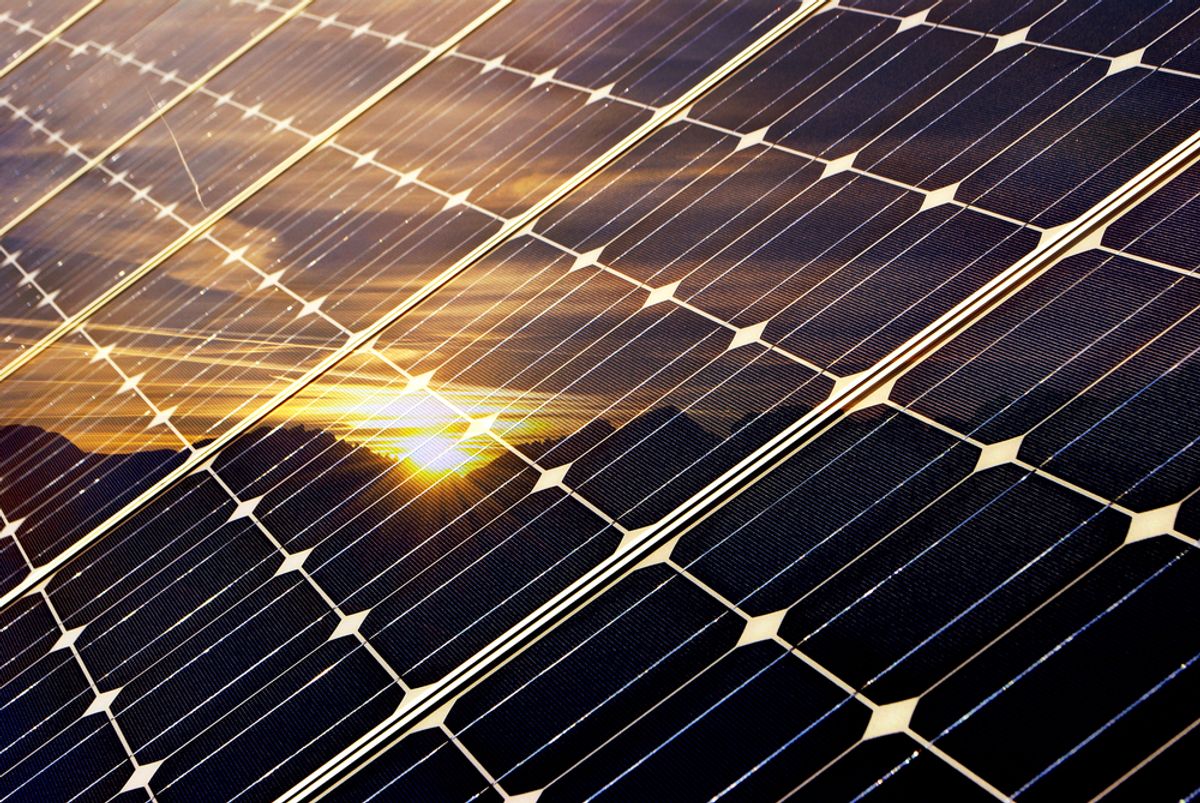 After a 2013 attempt to repeal the state's renewable energy standard failed spectacularly in a bipartisan vote, the House Public Utilities Committee is trying again, introducing legislation that would freeze the state at its current renewable energy target -- which requires utilities to generate 6 percent of their power from green sources through 2018 -- and then end the program for good.

RenewableEnergyWorld theorizes that the bill's backers were inspired by the no good very bad law passed last summer in Ohio, which froze the state's renewable energy mandate for two years, despite all the investment, jobs and electricity savings it was providing. What seems to be clear is that the same anti-green forces behind Ohio's law were at work in North Carolina in 2013 and again today: the American Legislative Exchange Council (ALEC), the Heartland Institute, Americans for Prosperity, the Beacon Hill Institute and other Koch and fossil fuel-backed groups working to defeat renewable energy mandates across the country.

Those freedom-loving Kochs hate such mandates because they perceive them as an attack on freedom. More likely, though, they're afraid of the threat renewable energy is proving to pose to "traditional" sources of energy -- hence their continued hypocrisy in protecting utilities from having to compete with disruptive technologies on the free market (hey, aren't the Kochs supposed to be innovative?).

And they're unconcerned, once again, with the benefits that North Carolina's standards, which were first adopted in 2007, are expected to bring to the state. According to studies commissioned by the N.C. Sustainable Energy Association, they can yield up to $651 million in savings for ratepayers by 2029; already, they say, clean energy has generated nearly 23,000 jobs and $4.8 billion in gross revenues.

This is where the Koch-supported Beacon Hill Institute and Utah State University's "Charles G Koch Professor" Randy Simmons come in. Their studies, which are bandied about by those other Koch-affiliated groups, find that renewable energy is expensive and unreliable, and that state mandates are a bad deal for the economy and consumers. But they only get there, as their many, many critics point out, by aggressively fudging the data. In fact, when interpreted correctly, as Michael Goggin, the senior director of research at the American Wind Energy Association, demonstrates, Simmons' study actually supports the notion that state renewable energy standards create jobs and save ratepayers money.

Not everyone's continuing to bury their heads in the sand, thankully. Republican Rep. John Szoka supported the bill attempting to roll back the renewable energy standards last time around, but says he has since become a "convert" to pro-renewable policies. He's currently the primary sponsor of a bill that would allow solar companies to sell directly to consumers, in a direct challenge to utilities' monopoly.