Oz, the doctors say, is guilty of "outrageous conflicts of interest," "flawed judgements," or both 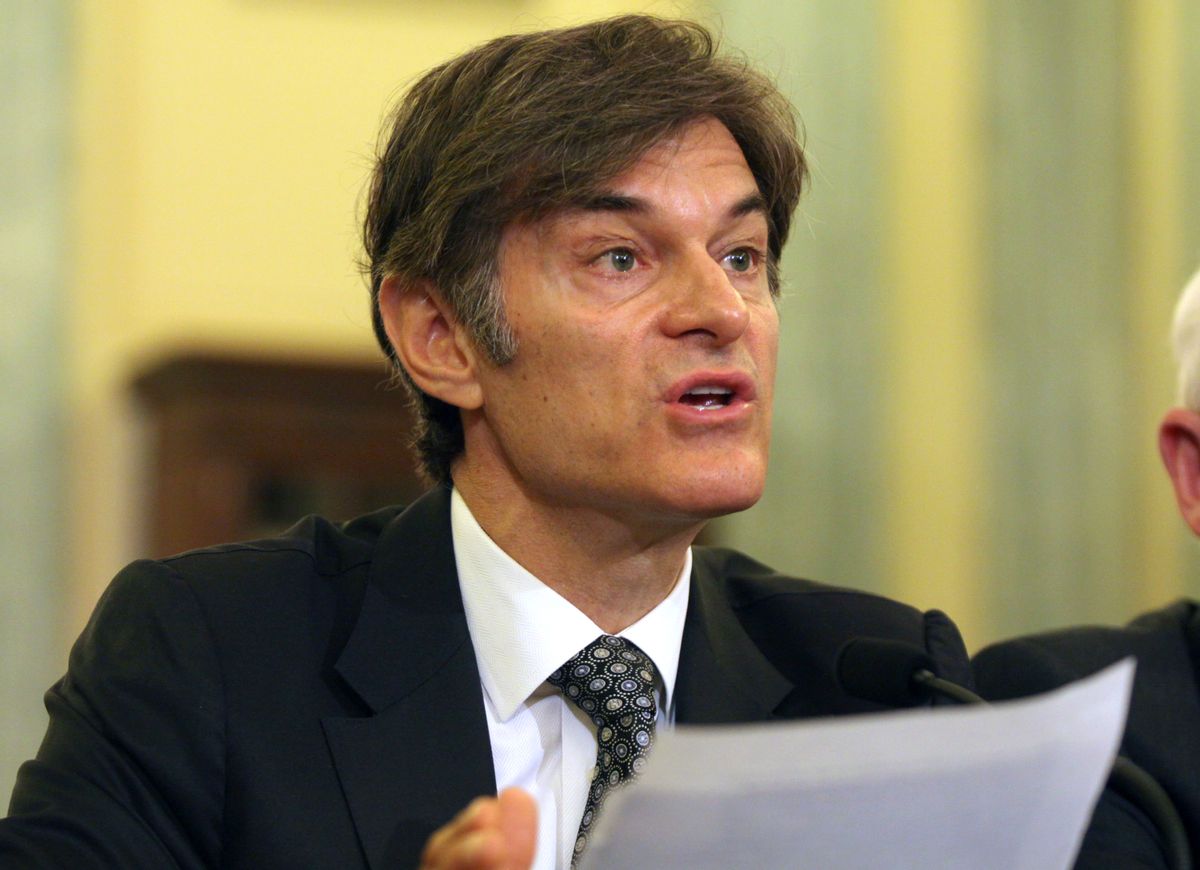 Dr. Mehmet Oz wears many hats, from beloved television personality and promotor of pseudoscience to Vice Chair of the Department of Surgery at the Columbia University Medical Center.

Now a group of physicians, fed up with his antics, are now calling for Columbia to end its affiliation with him.

In a letter addressed to Dean of the Faculties of Health Sciences and Medicine, ten physicians, surgeons and professors accuse Oz of being "guilty of either outrageous conflicts of interest or flawed judgements about what constitutes appropriate medical treatments, or both." They refer to articles calling Oz out for his misleading, fear-mongering reports about arsenic in apple juice and genetically modified foods -- the doctor, they write, "has repeatedly shown disdain for science and for evidence-based medicine, as well as baseless and relentless opposition to the genetic engineering of food crops."

"Worst of all," the letter continues, "he has manifested an egregious lack of integrity by promoting quack treatments and cures in the interest of personal financial gain."

Oz was treated to an aggressive public shaming on that latter issue last year, when Claire McCaskill called him to testify before the Senate Commerce Subcommittee on Consumer Protection about his promotion of over-the-counter weight loss "miracles," which, she alleged, give patients "false hope."

“I actually do personally believe in the items I talk about on the show,” Oz insisted at the hearing. "I recognize they don’t have the scientific muster to present as fact," he acknowledged, but he said that when he sees his patients losing hope, "I want to look and I do look everywhere, including alternative healing traditions, for any evidence that might be supportive to them.”

The signed physicians were even harsher than McCaskill in their critique. "Whatever the nature of his pathology," they wrote, "members of the public are being misled and endangered, which makes Dr. Oz's presence on the faculty of a prestigious medical institution unacceptable."

Columbia, however, hasn't been convinced. In a response to the letter Thursday, Doug Levy, the school's Chief Communications Officer, wrote only that "Columbia is committed to the principle of academic freedom and to upholding faculty members' freedom of expression for statements they make in public discussion."

Apparently, that freedom extends to hosting a show on which, according to an analysis recently conducted by a group of health experts, only 46 percent of the advice is supported by scientific evidence.