Volunteer deputy who accidentally shot black man to death: "You must believe me, it can happen to anyone" 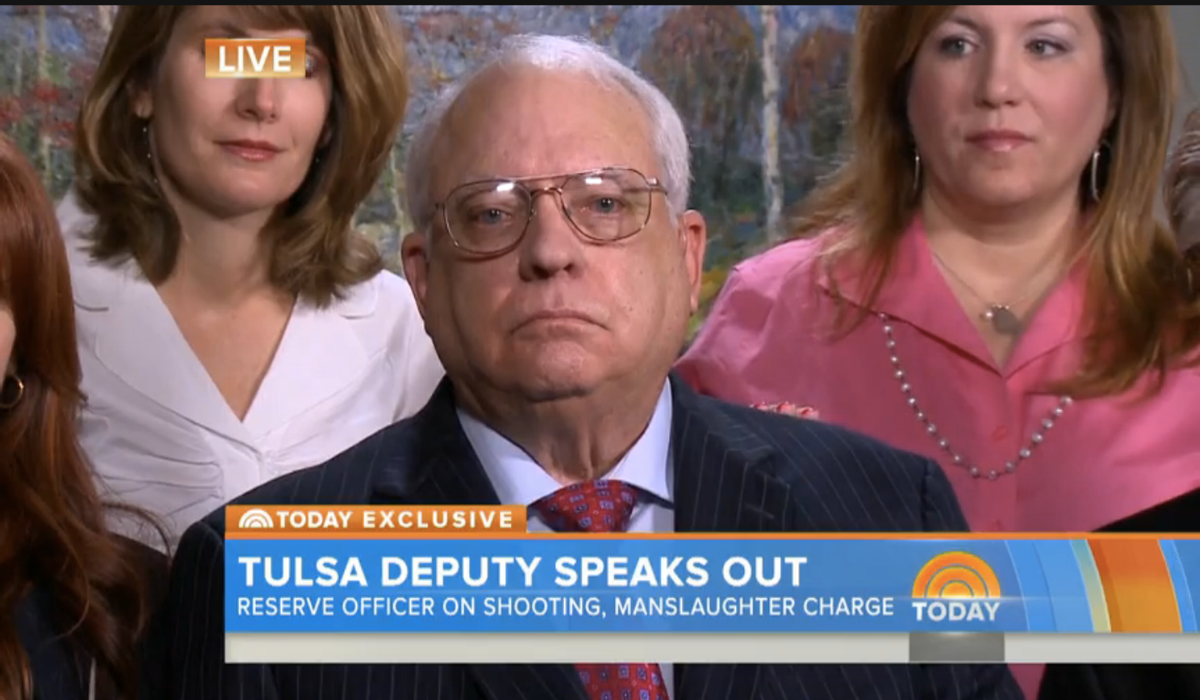 On Friday morning's edition of the TODAY Show, Robert Bates, the Tulsa reserve deputy who accidentally killed 44-year-old Eric Harris when he reached for a gun instead of a taser, made his first public apology.

"First and foremost, let me apologize to the family of Eric Harris," Bates said. "This is the second-worst thing that's ever happened to me or the first that ever happened to me in my life. I had cancer a number of years ago. I didn't think I was going to get there, luckily I was able to go to a hospital where I was able get surgery... I'd rate this as number one on my list of things in my life that I regret."

Host Matt Lauer then asked how he made the mistake of grabbing a gun, to which Bates responded:

"This has happened a number of times around the country. I have read about it in the past. I thought to myself after reading several cases, I don't understand how this can happen... You must believe me. It can happen to anyone."

A recent report indicated the people in the Tulsa County Sheriff's Office were instructed to forge Bates' training records, and that those who refused were reassigned.

"That is not correct, I have a written piece of paper that a Mr. Warren Crittenden, now in jail for first-degree murder 40 miles east of here...signed off to say I had done a good job."