Jon Stewart unloads on Fox News in exclusive: "Watching these channels all day is incredibly depressing ... I live in a constant state of depression" 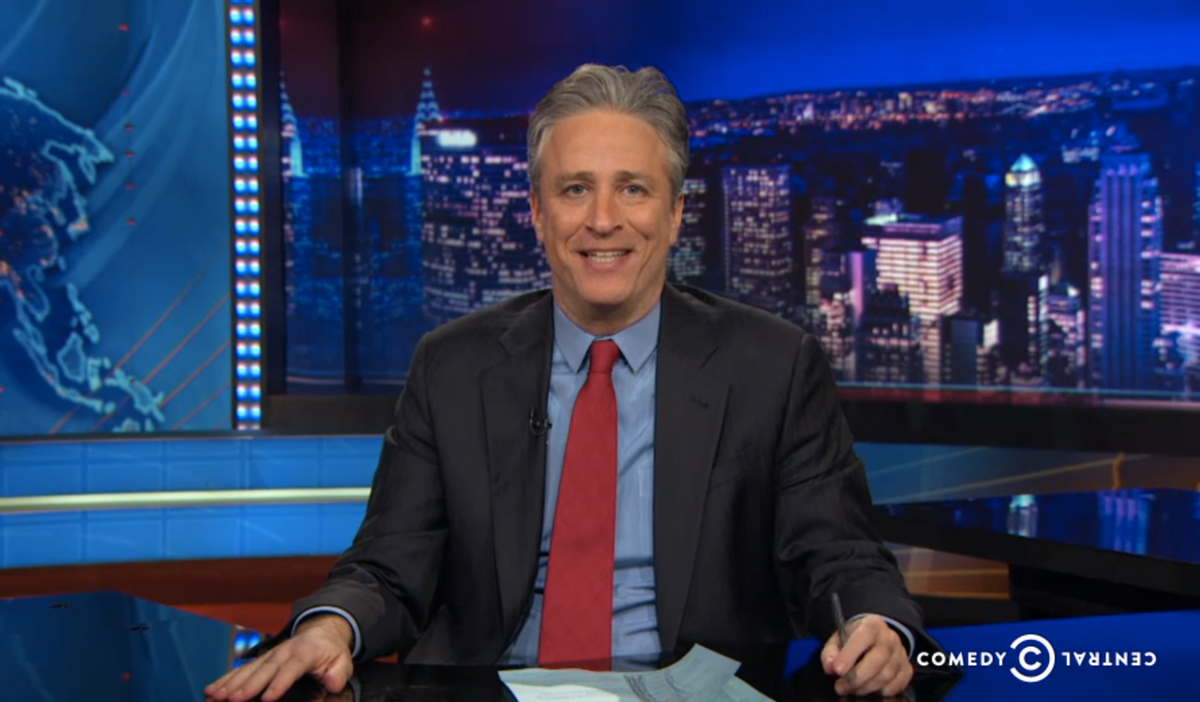 Jon Stewart opens up in a terrific new interview with The Guardian, conducted before and after the announcement that he'll leave "The Daily Show" this year. It's the most wide-ranging conversation he's had since then and gets into his mindset about the 2016 election, his "heartbreak" over a tough Barack Obama interview, and what he's thinking about for his future.

(The occasion of the interview is the British release of his film "Rosewater.")

He also has a frank, frightening assessment of Fox News -- and a straight answer about whether he'll ever watch the network again after he leaves the "Daily Show chair."

Here are the highlights. The whole interview can be found here.

On why he's leaving "The Daily Show":

“It’s not like I thought the show wasn’t working any more, or that I didn’t know how to do it. It was more, ‘Yup, it’s working. But I’m not getting the same satisfaction.’ ... These things are cyclical. You have moments of dissatisfaction, and then you come out of it and it’s OK. But the cycles become longer and maybe more entrenched, and that’s when you realize, ‘OK, I’m on the back side of it now.’”

On what he's likely to do in the future:

"I would do what I’m doing. Whether it’s standup, the show, books or films, I consider all this just different vehicles to continue a conversation about what it means to be a democratic nation, and to have it written into the constitution that all men are created equal – but to live with that for 100 years with slaves. How do those contradictions play themselves out? And how do we honestly assess our failings and move forward with integrity?”

On what it's like watching that much Fox News:

“Watching these channels all day is incredibly depressing. ... I live in a constant state of depression. I think of us as turd miners. I put on my helmet, I go and mine turds, hopefully I don’t get turd lung disease.”

Would he ever watch Fox News again:

"(L)et’s say that it’s a nuclear winter, and I have been wandering, and there appears to be a flickering light through what appears to be a radioactive cloud and I think that light might be a food source that could help my family. I might glance at it for a moment until I realize, that’s Fox News, and then I shut it off. That’s the circumstance.”

His biggest "Daily Show" disappointment is not pinning down Donald Rumsfeld in an interview:

“He just went into the general gobbledegook. ... I should have pushed, but he’s very adept at deflecting. ... That interview with Rumsfeld went shitty, but it’s still just an interview. He’s the one who has to live with the repercussions of what he really did, so there’s nothing that could happen on my show that carries that same level of regret.”