Weeds are the future of healthy eating 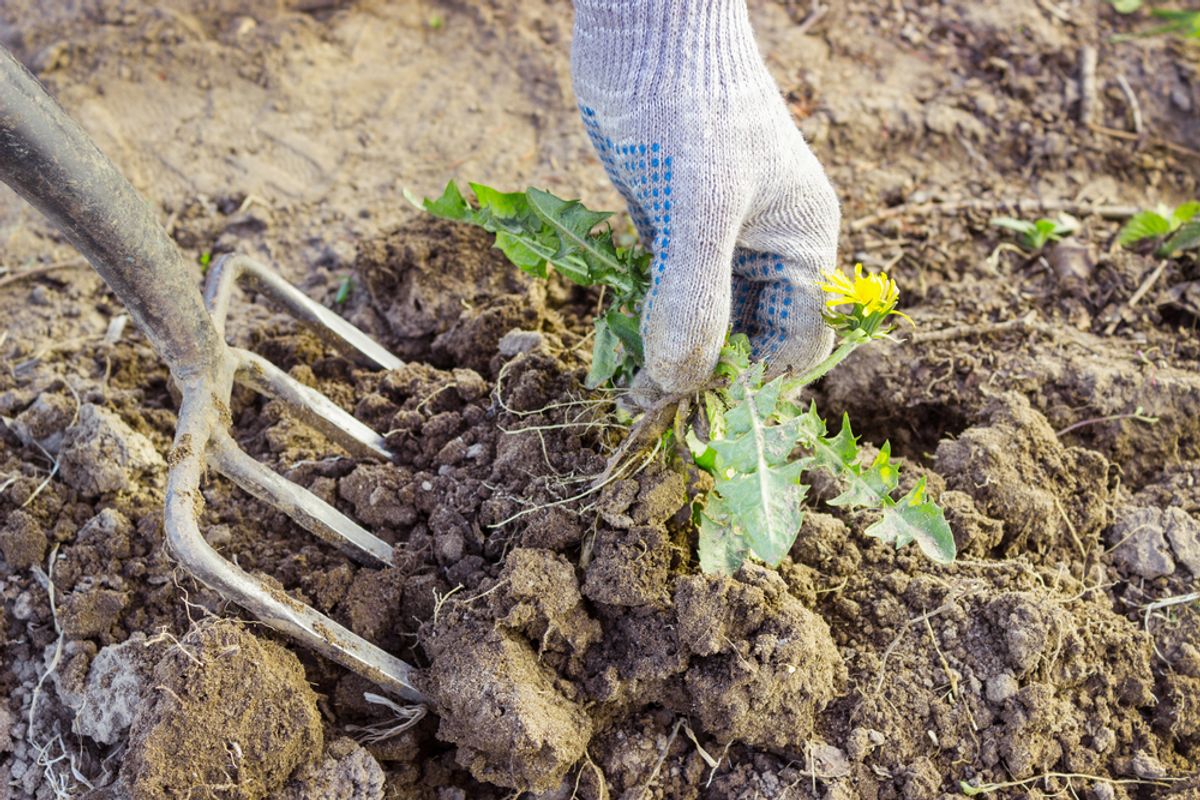 A few summers back I was in the middle of coordinating the weekly community harvest at San Francisco’s Alemany Farm when a few of our regular “customers” showed up to cut and collect some of the bounty. A lot of the farm’s neighbors are recent immigrants, and the other farm managers and I try our best to create a crop plan that the nearby residents will appreciate. The Latino families seem to especially enjoy our rows of squash and tomatoes (whether green or red). The Chinese families usually go for the broccoli, various chois, and snap peas. Everyone likes the green beans. On that particular afternoon, I noticed that the neighbors were also harvesting plants that we normally consider nuisances – that is, weeds. A couple of the Mexican-American women were searching out and plucking from the soil clumps of verdulaga, an annual succulent called purslane in English that is also a favorite of the raw food crowd. The Cantonese-speaking folks were eagerly tearing out clumps of lamb’s quarters, a spinach-esque plant that is common in China, where it’s served either as a raw salad or put into soups and stews.

Then it hit me: Who needs chemical herbicides when you’ve got neighbors who will do all the weeding in the course of gathering their dinner? And, more to the point, what’s the difference between a “weed” and a crop anyway? If only we were more attentive to the food growing all around us – the huge range of edible weeds growing in vacant lots and unkempt yards – we might be able get one step closer to addressing the nutrition crisis in America’s low income communities, the so-called food deserts.

A multi-disciplinary group of researchers at UC-Berkeley thinks so, and they are busing trying to map the nutrition potential of urban foraging and to chart some strategies for overcoming the cultural and legal barriers to getting some of your supper from the sidewalk. “What’s better than sowing and then reaping? Reaping without sowing,” says Philip Stark, one of the Cal professors who has been funded by the Berkeley Food Institute to research the prospects for boosting urban and surburban foraging. “You already have a food garden growing in your yard. We want to help people recognize what’s there that is food.”

Stark would seem an unlikely champion of wild food foraging. He doesn’t teach in the university’s natural resources or public health colleges; rather, he’s the chair of the statistics department. He happened upon the potential of wild foods by accident. Stark is an avid trail runner, and he says that in the course of his runs he began to wonder about all the plants he was zipping past. “Knowing their names was not really interesting, but knowing what they are good for was very interesting,” he says. “Oh, these are foods, these are medicines. And then I started to notice them on the sidewalks, and noticed that there is more food in areas where people don’t prune their gardens meticulously.” Today, Stark says, he no longer buys greens – not when a bag of dandelion that sells for $2 at his local farmers market can be had for the taking right across the street.  “They are free, they are delicious, they have zero carbon footprint, they have zero water needs.”

So Stark teamed up with a biologist (Thomas Carlson) and a nutritionist (Kristen Rasmussen) to investigate the distribution of wild foods in three Bay Area neighborhoods that could be classified as food deserts. The initial results are encouraging: It turns out that there’s a lot of food growing right underfoot. The researchers concluded that wild foods are “abundant” in the areas they studied. They identified more than 80 edible species on walks in urban and suburban neighborhoods in Oakland, Berkeley and Richmond. A companion study by agroecology researcher Miguel Altieri found that 11 of the 15 most common “weeds” on urban farms are, in fact, food – including plantain, oxalis, malva, and purslane. Commercial organic farms in Northern California routinely toss aside a heaps of edible weeds. Edible nuisance plants comprise up to 40 percent of the edible biomass produced by farms. Even though some of those plants were introduced to North America precisely to be eaten – dandelion is the classic example – today they aren’t usually considered food.

Stark cautions that the edible greens that can be found in the cityscape aren’t necessarily calorie-rich. You can’t live off of purslane alone. But those edible weeds are fiber-packed and nutrient-dense. And that’s a good thing – because while the typical American diet doesn’t lack for calories (most of us eat too many), it does suffer from too narrow a range of nutrients. As Jo Robinson points out in her book, Eating on the Wild Side, as humans bred plants to be less bitter and sweeter, we also unintentionally bred out their concentrations of phytonutrients – phytonutrients being an essential part of a healthy diet and which can reduce the risks of chronic diseases and cancer. “The minerals and nutrients found in wild plants can have a noticeable improvement on health,” Stark says. “They can also have a tremendous impact on the gut biome, which can also improve health.”

While there’s a lot of food growing around all us – including in the places where more nutritious food is most needed – many people don’t recognize common weeds as food if they’re not sold at a grocery or farmers market stand. So Stark and his colleagues are now focused on trying to overcome the cultural, socioeconomic, and legal-ethical obstacles to making foraging a normal part of our foodscape.

Step one: Get some high profile restaurants to make a big deal out of serving wild foods. This week pioneering Bay Area restaurants including Chez Panisse and Mission Chinese Food are promoting their use of “feral foods,” and Stark hopes that enlisting what he calls the “Food Clergy” can help make wild foods more acceptable. Of course, Alice Waters (who I guess you could call the high priestess of the food clergy) has been serving wild foods for decades. Among the sort of foodies who are in the Chez Panisse orbit, there’s already a booming foraging subculture.

It’s not an overstatement to say that wild food foraging might be the new hip thing among the Kinfolkset. Urban homesteading? That’s sooo 2007. Today, foraging is the new foodie frontier. At least, Kevin Feinstein thinks so. Feinstein (aka “Feral Kevin”) is the author of two foraging guides – The Bay Area Forager (with Mia Andler) and the forthcoming Practically Wild – and a frequent organizer of foraging trainings. He says that five years ago he had a hard time filling up one workshop a month; now, he conducts two or more classes a month, and they routinely sell out.

“When I started doing this, it was fringe and I was some crazy, hippy radical,” Feinstein says. “Now, it’s so cool. The awareness has been growing in just the last 10 years, from my experience.”

But even in the eco-groovy Bay Area, the enthusiasm for wild food foraging mostly attracts a highly educated, well-to-do demographic. As Stark and his colleagues put it: “The foraging subculture is limited to affluent communities.” Wild foods might be the cheapest and most primitive nutritious foods available, but their very cheapness and presence among concrete and asphalt might make them less attractive to poorer communities. “There’s an impulsive or instinctive ick response – a dog might have peed on that,” Stark says. “And there is a socioeconomic response: ‘No matter how poor I am, I am not going to pick food from the dirt.’”

Foraging also confronts a legal hurdle: It’s currently against the law to forage in public parks, which are often where wild foods are most abundant. In a way, prohibitions against foraging on public lands make good sense. After all, parks are held in common, by all of us, and it’s unacceptable for individuals to use them for private gain by, for example, selling the fruits of their foraging to fancy restaurants as some have been known to do. Unfortunately, the ethical complications of foraging on public lands remain a blind spot for some foragers. When I recently I asked a prominent Bay Area forager about the appropriateness of foraging in public parks, the response I received, via email, was: “Even if they didn’t [have a permit to forage], I honestly can’t imagine why you would care if a group was teaching a day long workshop on ‘ecological stewardship.’”

In all fairness, most foragers have a more thoughtful view of what it means to be a responsible wild food gatherer. “When it’s seen as a free for all – just take whatever foods you want – it can be a problem,” says Alexandra Hudson, who conducts foraging workshops via her group, Wild Fat. “If any people at any time could gather, there is the potential for overharvesting, for sure.”

Feral Kevin told me: “People shouldn’t just be allowed to take whatever they want. In Europe, there’s a long culture of foraging, and people understand how to do it right. Here, people don’t know what they’re doing.”

Foragers agree that fixing this problem will require public policy changes. Local and regional parks should set up some kind of permit system to allow for gathering – just as state game and fish agencies sell tags for hunting and angling. A smart first step would be to allow for foraging of any plants that are considered invasive, a list that would include fennel and nasturtium. Such a policy change could be a positive triple whammy: It would reduce the need for parks to spray herbicides that poison soils and waterways; it would whack back the number of invasive plants; and it would boost the nutritional content of people’s diets.

Beyond that, Stark envisions that some day landscape architects and urban planners might even come to embrace edible weeds. “Parks could be habitat and food, and be useful as well as beautiful, as opposed to this Versailles model of exotic elegance,” he says. “Redesign the parks for the larger benefits they can bestow, including producing food, and let people take food out of the parks.”

It’s a lovely vision. If it ever comes to pass, it will go a long way toward popularizing wild food gathering. Someday, perhaps, it will “normal” – just like it is today for some of the neighbor harvesters at Alemany Farm – to make part of a meal out of horticultural leftovers.