"A live-action 'Lion King' as Mufasa holds a switchblade to your throat": 10 reasons "Roar" is the greatest movie of all time, in GIFs 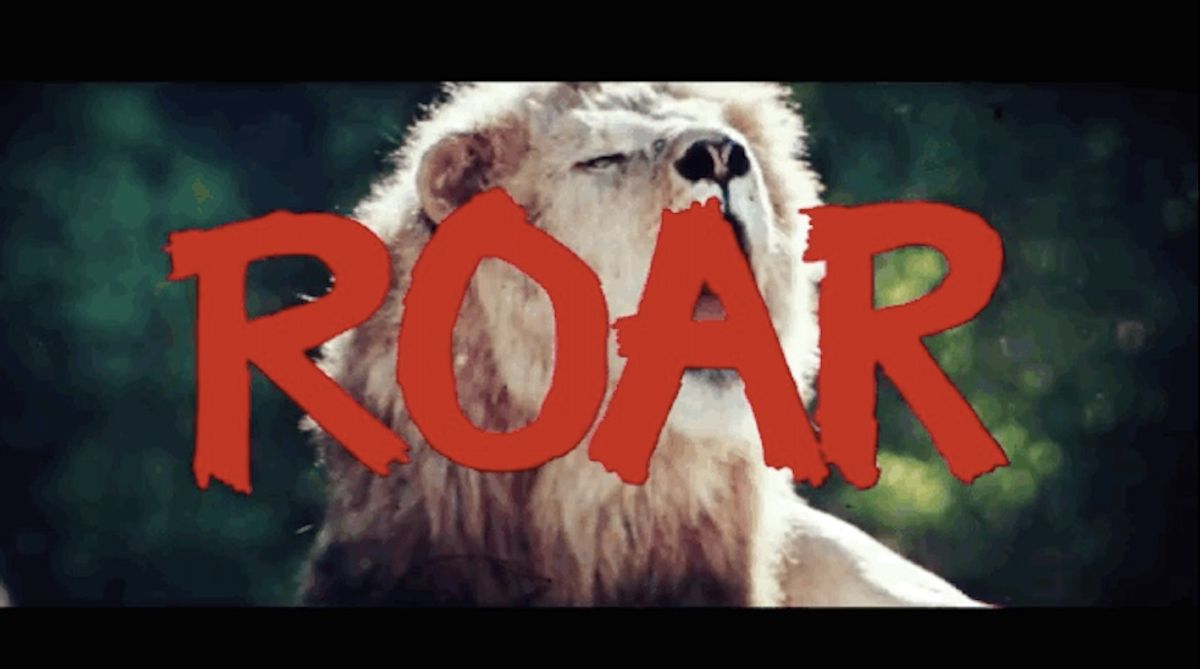 Throughout the 1970s, Tippi Hedren, her husband Noel Marshall, and their family, including daughter Melanie Griffith, lived with almost 150 untrained wild animals, including 100 lions, at their L.A. ranch. Their goal was to make a fictionalized action film about a wildlife expert (played by Marshall) who lives in harmony with a bunch of wild animals, in order to raise awareness about the treatment of big cats in captivity. What resulted was a real-life disaster film that took 11 years to complete, and involved 70 of the cast members getting injured: An elephant broke Hedren's leg, cinematographer Jan de Bont was nearly scalped by a lion and required more than 200 stitches, Marshall developed gangrene in his hand after being repeatedly bitten by lions, and Griffith needed facial reconstructive surgery after being clawed in the face. And that's just four out of 70!

If this sounds batshit crazy, it's because it is -- and thankfully Drafthouse Pictures is re-releasing the cult action film in cinemas again so we all have a chance to relive the insanity on the big screen. The film opened in limited release Friday and will roll out to about 50 cities throughout May, with Blu-ray, DVD and On Demand releases planned for later in the summer. The taglines alone should compel you to see the film (per Complex, it's "Like watching a live-action 'Lion King' as Mufasa holds a switchblade to your throat"), but if that doesn't convince you, here are 10 GIFs that may just do the trick.

Because the title credits are amazing:

Because there are lions everywhere.

They even ride skateboards!

Because no lions were harmed in the making of the film.

...even if a bunch of people were.

Seriously, people get mauled, a lot.

Really though, they were sort of asking for it?

And here's the full trailer: