The video is so bad, we sort of hope it's a prank 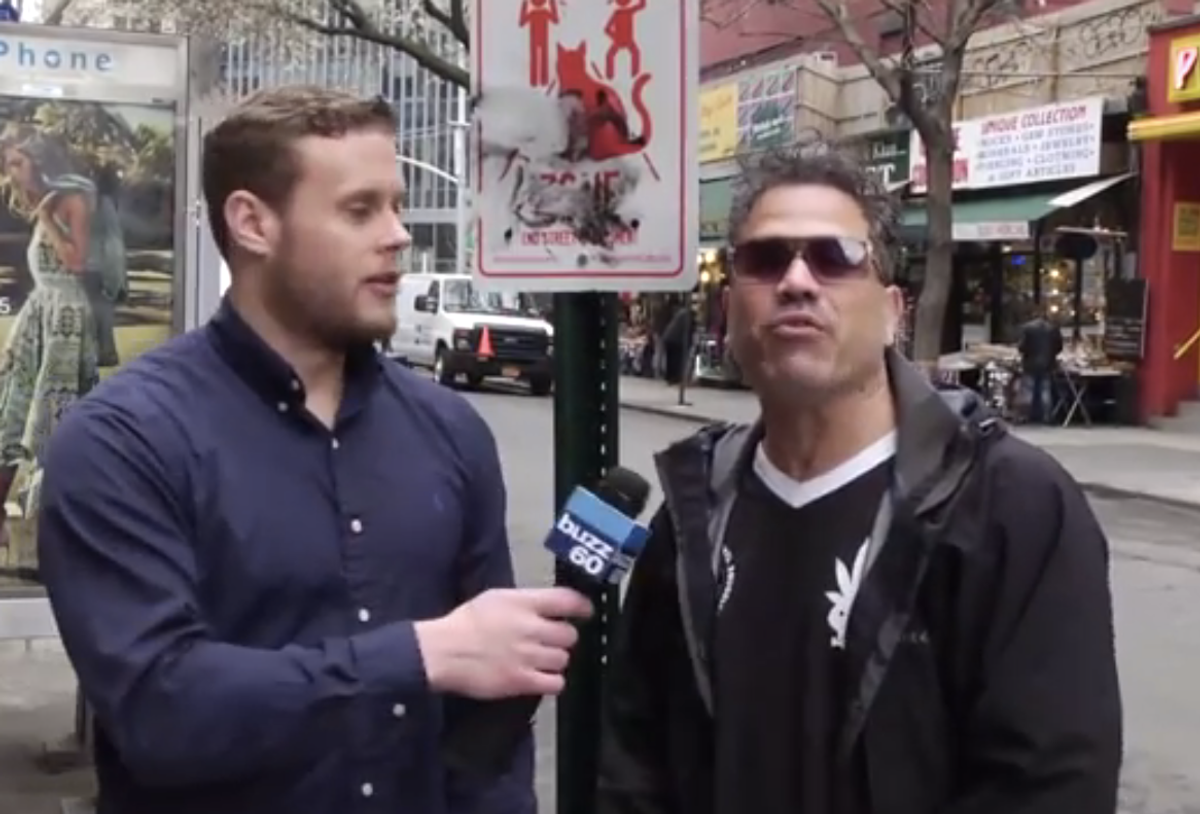 For some reason, there still seems to be debate about whether catcalling is obnoxious or complimentary. It is obnoxious, even when it's intended to be complimentary. And here's a really great video illustration of what that means.

Buzz60's Patrick Jones recently put together a report on the "No Catcalling Zone" signs that began appearing around New York City and Philadelphia last week, which are part of an inventive anti-street harassment campaign coordinated by feminist activists. Polling New Yorkers for their thoughts on the campaign, Jones managed to find a bona fide street harasser to share his views on catcalling...while he catcalled women on camera as they passed by.

"Sometimes you gotta call a girl," the man told Jones, clicking his tongue and whistling. "Like that."

"How would you call a dog?" Jones asked.

When asked how he thought catcalling made people feel, the man told Jones he believes it makes women feel good, and then proceeded to give a real-time example. "Even if it’s far away, it’s even better because [the women] aren’t that scared," the catcaller said. "Sometimes you gotta have a little distance."

The street harasser was not thrilled to discover that Jones' segment was, indeed, intended to illustrate the ills of catcalling, and took a moment to defend himself before walking away. "We're just acknowledging that you [a random woman] did a good thing today getting up out of bed," he said.