Jason Sudeikis on his "SNL" days: "I clearly don’t have closure with my experience"

The former SNL star talks about his new film "Tumbledown," switching from comedy to drama and reviving "Fletch" 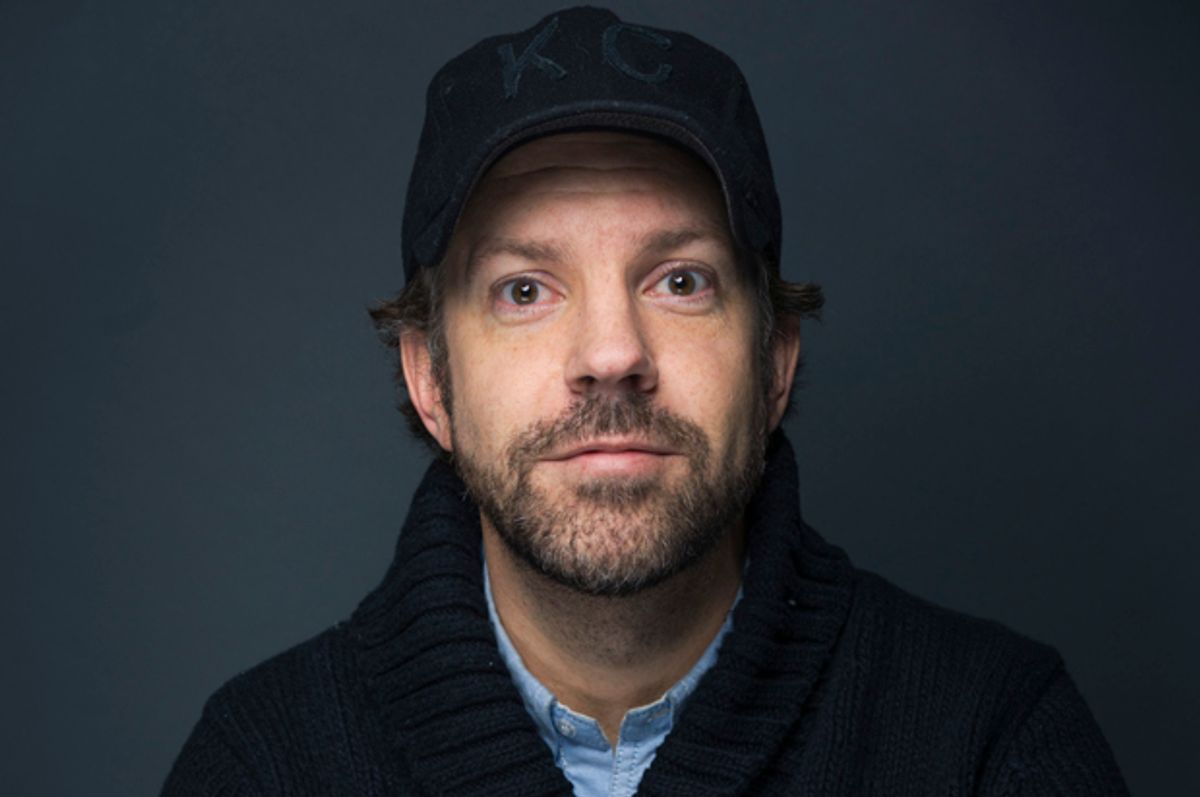 Funnyman Jason Sudeikis plays slightly against type in "Tumbledown," a romantic comedy-drama that just had its world premiere at the Tribeca Film Festival. In the film, Sudeikis plays Andrew, an American Studies professor at Hofstra University who is planning to write a book on a late musician, Hunter Miles (Damien Jurado), a one-album wonder who either slipped or jumped off the titular Maine mountain. However, his widow, Hannah (Rebecca Hall), is dead set against Andrew's project. As the pair eventually join forces to create Hunter's legacy, they find some commonalities among their differences. Sudeikis acquits himself quite well in the role, which allows him to showcase his physical comedy as well as some of his trademark smart-ass repartee. The actor met with Salon to discuss music, "Saturday Night Live" and what scares him.

Andrew is fascinated by the story of Hunter Miles, and worships him to an extent. Who fascinates you? Who do you worship?

I worship anyone who is lucky enough to love what they do and excel at it. Whether it is a tap dancer, a leader of business, a photographer or an actor, or a musician.

Is there anyone who died you would want to write a book about?

No, but that's because I'm lazy. And because there are people who are much better suited — it is their passion to write a novel or book. I'll just read theirs ... I loved the scene where Andrew is teaching about the Notorious B.I.G., his pontificating about hip-hop. He's performing. It's when he gets to feel like Hunter.

We know Andrew is music head. What music are you listening to now?

The new Mumford and Sons album, "Wilder Life."  I was given an early copy because I interviewed them ... Jay Z ... I'm a little bit all over the place. Ben Folds has a new album coming out. I've responded to them throughout my life. I can't stop listening to "Wilder Life." I'm excited for them to drop all these new songs.

How did the pace of working on "Saturday Night Live" prepare you to make feature films?

I believe that "SNL" is the greatest showbiz metaphor that I've had the opportunity to be a part of. You can articulate things that are given value from a show that every human being on earth, at least in America, has grown up with for the 40 years it's been around. We all have our opinions. We all have a connection to it in some way. But if you look at it from the metaphorical perspective, what is happening each week, you are meeting with a star, and you have to come up with an idea that makes them look good. One that gets your idea and persona, and your "not ready for prime time" face to your studio head, network head and Lorne Michaels for them to feel they trust you enough. And you have to navigate this for six days on a weekly basis. Lorne got these knucklehead college dropouts like myself to go script to screen in six days for a destination audience of 6 million — 12 million during an election year — 30 million back when there were only three stations. And you get to do that every single week.

If you are really smart, you listen to all the brilliant people who are there behind the camera who tell you "this is what I want," and they find the right costume and hair and makeup and you pull it all together. You are producing as much as you are starring in it and having written it.

I came up with tremendous generations of on-screen talent that were remarkable behind the scenes. Kristen Wiig always knew what a character looked like. If you saw a silhouette, you'd know what character it is. I don't think that way. That's the way her incredible, beautiful mind works. Bill [Hader] would start with a voice. Fred [Armisen] would start with a quirk. And I got to watch these elements manifest in 10 pages over the course of 10 years. I think this gave me the option to run at a really, really fast speed with people I was always trying to keep up with or catch, or run alongside. I supported ideas they had as quickly as possible in an attempt to drive it, because of my own lack of imagination, or hubris, or emotional baggage, and give it away to the world and start all over again on Sunday. And you do that, coming from an improv background where you are making something out of nothing. I think "SNL" charged me with making that possible. You do that in five-minute spurts — or to some people's criticisms of the show, seven minutes. You replicate that and it's remarkable.

This role is a more dramatic turn for you. Did you feel this was a necessary career move to prove you are more than just a handsome smartass?

Very nice. I'll take it. [laughs]. No answer. Let the question be the answer... No, I just responded to the story. It's the same thing with "Hall Pass," or "Horrible Bosses." For me they are all about something else. The material is a backdrop for making people laugh but then hopefully had something to say. That's what I try to do with the sketches I write at "SNL." I liked the questions "Tumbledown" posed. For me, there is no distinction between it being drama or comedy. It's lit differently — we wear brighter clothes, sometimes.

There is a whole city slicker/country bumpkin element to the film. Where are you on that continuum?

Andrew and Hannah spend a Saturday night in the film at "dinner and a dump," which is sitting in a car, watching a bear ravage through garbage. What is a perfect Saturday night for you, that, or being in stage at 11:30 p.m. EST?

[SNL] probably suits me only because that is the path that I've been given. With the right company — and that's more of what Andrew is responding to — is that it is being wherever. It doesn't matter, it's being with that person in your life that you can sit in a refrigerated box in the middle of anywhere and make it fun. I'm engaged to someone like that myself.

The issues of suicide, depression and setting the past free are raised in the film. Hannah has trouble finding closure with her husband's passing. Andrew also reveals a not dissimilar issue. What are your thoughts on this socially constructed emotion?

I don't know if closure is in Andrew's — or Hannah's — cards. For me, I don't think the things that define me I ever want to close off. Especially as an artist. I want to access the things that broke my heart and it may hurt to see again or feel again, but gosh darn it, I'd rather have that than feel numb and checked out. I clearly don't have closure with my experience with "SNL," I don't know... from a distance, everything gets prettier, like a Monet. This is spectacular. How lucky and fortunate I am. May we all maintain the bravery to try to ask the girl out or write screenplay or whatever it may be.

On that topic, what scares you, or are you afraid of doing?

Directing a movie. The fear of putting my money where my mouth is. I've had an opportunity to do it with sketches, but attempting to do it from the acting and writing side while at the same time being charged and challenged with commissioning an entire group to do that scares the hell out of me. It used to be stand-up. Stand-up scares me. I have a tremendous amount of respect for stand-ups. Who am I to think that my opinions are worth being amplified and viewed by a club full of people. So I'm an ensemble member forever and ever.

“Tumbledown” plays like a comedy of manners. It's an opposites attract romance and a story about people coping with loss finding support in each other after several lies and revelations. Why do you think these characters connected?

Because we need each other. I'm all for solitude and for taking a moment to reflect and driving somewhere in a car and screaming your mind out to music, but at the end of the day, we're all put here to interact with each other. Whether you are a New York person, or from Maine. Our soul knows what we need before our brains. I believe that we do fight the great battle of our baggage vs. our intuition. And the characters are clearly going through that. It's about them tearing down their own walls to see each other and be seen.

Andrew seemed to dance like an ironic hipster. Are you a good dancer?

I'm OK. I have rhythm. My sister is a dancer and a choreographer. So it's in my bones. I watched a lot of "House Party" growing up. It's in there. I'm horrible at choreography. I can freestyle. Give me an 8-count, and I'll butcher it.

I read that you are possible going to revive "Fletch" on-screen. Can you discuss that?

Yeah. I can only talk about it in that we want to do it. We want to make the character as timely as he was when the first film was made. We are going to be more faithful to the book.